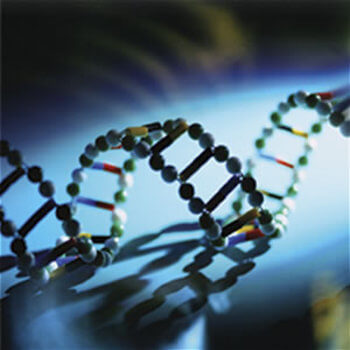 Good news for all you aspiring Craig Venters out there. Before the end of the year, synthetic biologists will have a stocked factory of DNA building blocks with which to remix microbe life forms – one that will provide standardized, reliable components for the most creative of life sciences. Best of all? It’s free.

As we previously reported, the International Open Facility Advancing Biotechnology (BIOFAB) is a project to produce thousands of standardized genetic “parts” for researchers to use in the pioneering work of synthetic biology. Started with a seed grant from the National Science Foundation (NSF), BIOFAB is the world’s very first biological design-build facility. They will be providing bioparts to researchers gratis to speed along national research into new drugs, biofuels, chemicals, you name it – all the promising frontiers of synthetic biology. And they should be open for business within 6 months.

So what exactly is a synthetic biology “part”? Good question – that was exactly the topic of the project’s first human practices report (found here). The short answer is that biological parts are small snippets of DNA with basic, well-understood functions (e.g. the production of a certain protein). Building a microbe from scratch is no easy task, especially if you have to identify and characterize all of these building blocks yourself. That’s exactly what synthetic biologists have been doing – it costs millions of dollars and takes years of legwork.

Synthetic biology is an emerging field that combines biology and engineering to reconfigure DNA into desirable results, generally microorganisms that can be used to produce drugs, perform chemical reactions, or work as fuels. But because the field is so new, there haven’t yet been standards set for what works and what doesn’t. Characterizing these basic components (and providing them) will give a common engineering language for researchers working on very different problems. It will also make potential progress faster and cheaper.

But researchers will still have their work cut out for them. One of the most problematic issues for synthetic biology – and one that BIOFAB deals with regularly – is that DNA snippets are only “parts” in the context of some “whole.” Genes work in complex networks, altering one another’s expression in interdependent ways; removed from the context of a larger genome, the function of any particular genetic strand changes. This makes the issue of isolating concrete characteristics to each part a difficult task: it acts differently depending on the surrounding DNA. It’s significant that this difficulty is precisely what has been a major road block for post-Genome Project genetics more generally.

So who sets the standards? Consider it Biology 2.0. Collaborative, open source efforts from many different labs have resulted in the emergence of what are called BioBrick standard parts. Many of these have been collected and housed at the Registry for Standard Biological Parts, founded in 2003 at MIT (we ran a story on this last year). The director of BIOFAB, Drew Endy of Stanford, was instrumental in shaping BioBrick part standards – and now his team is building a factory to provide them to the research world.

BIOFAB was launched in January of this year, and is currently a small scale operation (they have about 10 staff members total). The project is housed in a Lawrence Berkeley National Labs building in Emeryville, CA, and is a collaboration between researchers from UC Berkeley and Stanford (apparently despite the football rivalry). Perhaps a dubious award to some, BIOFAB was named “Best Local Innovator” by the East Bay Express, a Bay Area paper which also recommends the taco truck near my house. Suffice to say I trust their opinion.