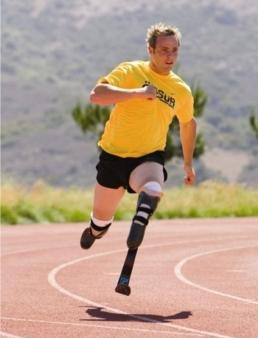 One of the fastest runners in South Africa is finally going to the Olympics. Oscar Pistorius is the twenty four year old sprinter who has garnered global attention because he has the heart of a lion, and the legs of a cheetah. Well, the lion part is made up, but the cheetah thing is real. Pistorius, a bilateral amputee below the knees wears Cheetah Flex Foot prosthetics from the Ossur company in Iceland. Winner of multiple gold medals at the Paralympics and other disabled events, “The Fastest Man On No Legs” has finally qualified for the (able-bodied) 2012 Olympics in London. Watch his historic 400m sprint in the video below followed by tons of great pics and clips of the racer in action. Running this month in the 2011 World Championships and joining the South African Olympic team for 2012, Pistorius represents a turning point in the history of prosthetics and athletics. Whether you give the credit to Ossur or Pistorius, people with synthetic limbs are competing at the highest level of human skill. Equality through cybernetics?

Pistorius narrowly missed qualifying for the 2008 Olympics when his 400m time was just a little shy of the mark. His July 19th run at Ligano, Italy came in at just 45.07 seconds, a personal best and well under (competitively speaking) the 45.25 qualifying time. Here’s his historic run. I love how happy his competitors are to see him succeed:

Since his bid to join the South African 2008 Olympic team, Pistorius has garnered the critique of many around the world who feel his prosthetics give him an unfair advantage. He was first denied, then allowed to try for the team. You can see why some would want to bar Pistorius from competing. The Cheetah Flex Foot carbon fiber devices are designed to absorb shock and transfer energy into forward momentum…but so are human lower legs and feet. Considering that Pistorius has fewer muscles than other racers and no sensation in his contact surface, I think he’s overcoming disadvantages, not resting on technology to do work for him. Watch the following two brief documentaries, the first a shorter clip developed for Nike, the second a 10 minute story by Al Jazeera English, and decide for yourself whether the magic is in the runner or the legs:

Despite the controversy around his legs, or perhaps because of it, Pistorius has been the subject of several successful ad campaigns. His determination has helped sell Nike products, and even Amen cologne. I don’t understand why anyone would want to smell like a sprinter, but I do get the appeal behind having Pistorius in these ads. The man looks like a jet fighter during take off – check it out:

While Pistorius is undoubtedly a great athlete, it’s the technological and social changes he represents that may have the deeper impact on our world. Amputees with phenomenal athletic skill can compete with able-bodied athletes of the highest caliber, and they are cheered and lauded as much as they are challenged by detractors. That’s the reality of today, and I wonder what it bodes for tomorrow. Ossur will continue to make improvements on their lower limb prosthetics, and we’ve already seen other developers create powered synthetic ankles and feet. How many years until such devices are clearly conferring an advantage to those who wear them? How powerful would prostheses need to be before able bodied humans wanted to upgrade themselves?

The media cheer around Pistorius isn’t just a retelling of the standard “overcoming adversity” Olympic human interest story, it’s a sign that many people are beginning to accept a slightly wider definition of humanity. Sure, Pistorius has synthetic legs, but he’s all athlete. His mechanical hybridization is simply part of his specialness. He’s “The Blade Runner”. I can’t wait for him to compete as an equal in the 2011 World Championships and the 2012 Olympics.

But honestly, I really can’t wait until some prosthesis wearing athlete soars past “equality” and starts to compete on a level all of their own.

Can’t get enough of The Blade Runner? Check out more great pics below! 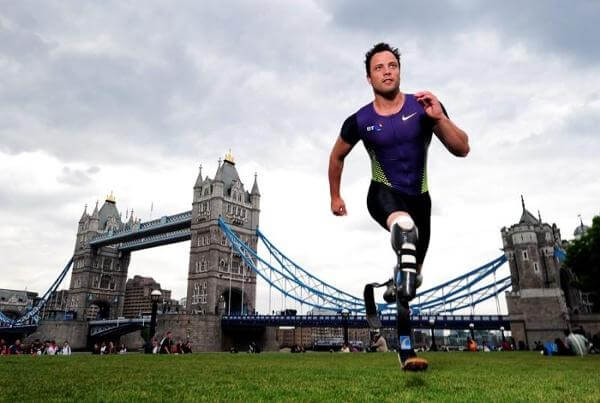 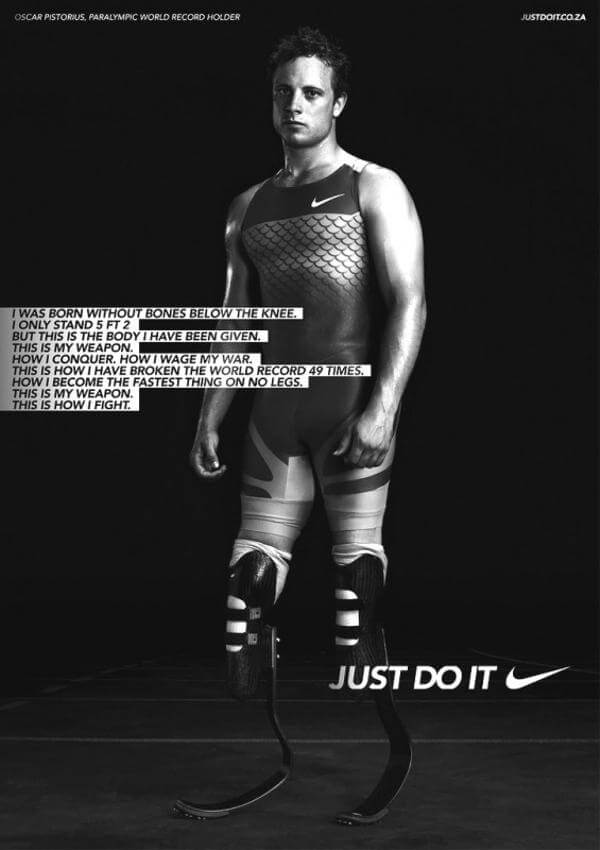 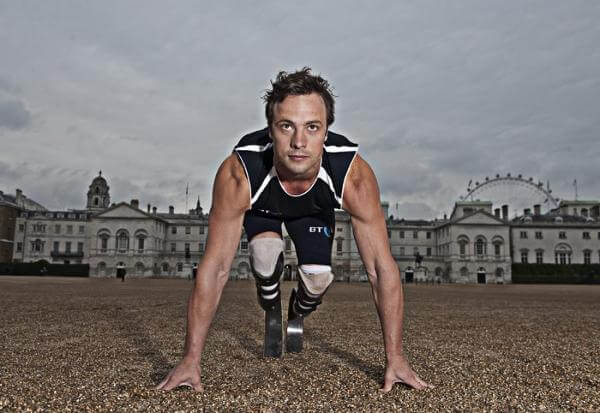 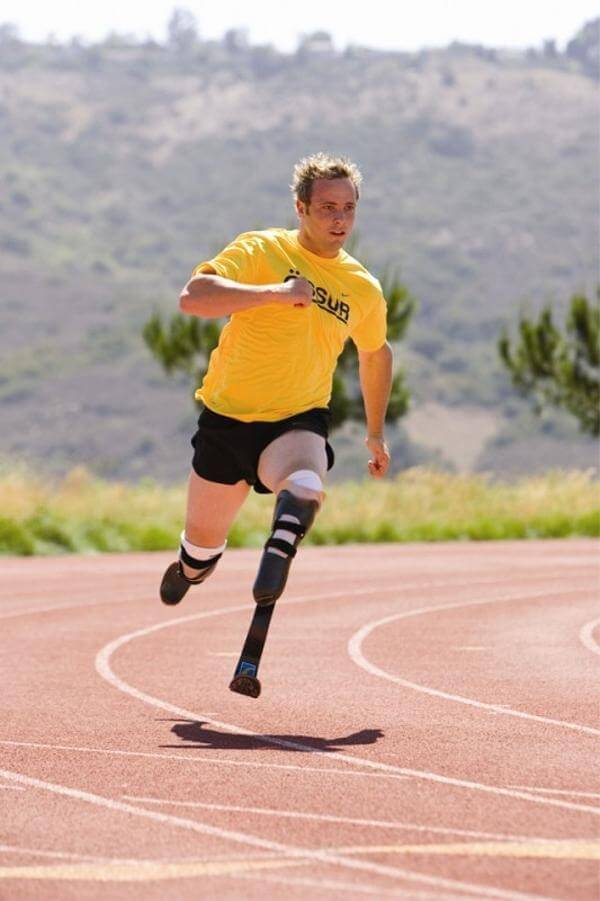