There’s nothing like vintage toys to take us back to days gone by, and there’s nothing like vintage robot toys to take us back to nerdy days gone by. One toy collector, known in his small circle as Mr. Mercury, is a vintage nerd tour de force. He’s been collecting toys of all kinds for a long time now but caught a special interest in robots about ten years ago. He has a website with tons of photos, videos and animations to show off and share his collection with other robot toy enthusiasts. He even has a membership. From what I can tell his robots are pretty much all vintage. It’s quite a collection, although Mr. Mercury, located in the UK, says it’s relatively small “compared to others.” Still, if you go through his loads of pictures the robots start to look the same – as in all awesome! I admit I recognized just one robot, maybe two robots. I’ve never heard of Roto Robot or Answer Game Machine Robot or Miss Melody The Musical Girl Robot. If these names mean anything to you, this is your kind of website. 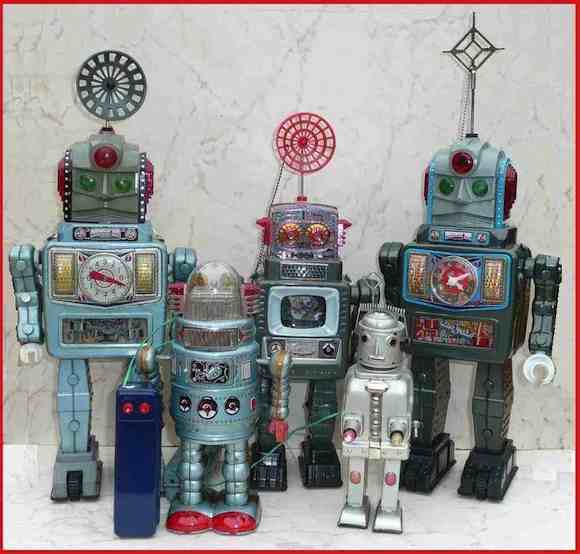 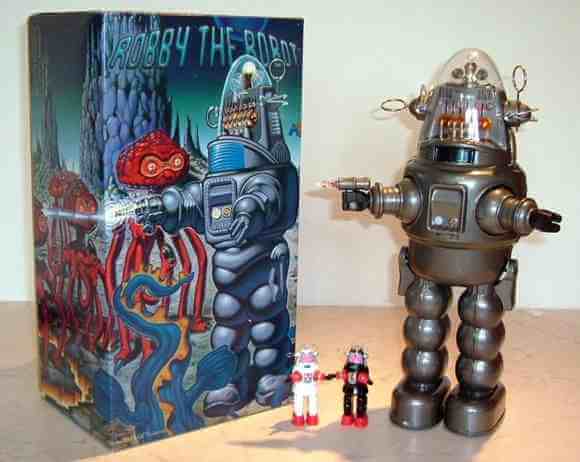 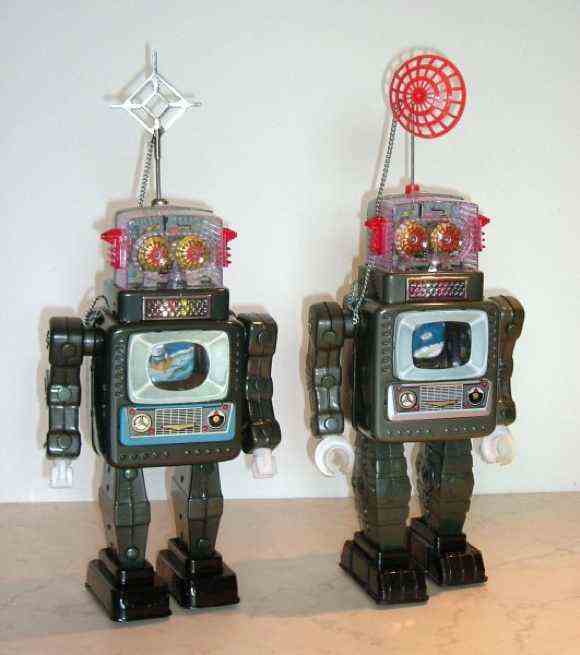 Here’s a video Mr. Mercury shot of his Robby the Robot toy. If you’ve never heard of Robby, it’s because the movie “Forbidden Planet” was shot in 1956 and, well, you’d rather watch “Transformers.”