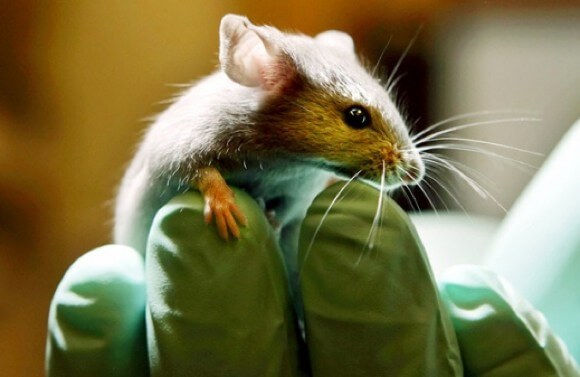 Scientists have genetically modified mice in hopes of increasing their ability to smell TNT with 500 times the sensitivity of normal mice. If successful, the mice could provide a cheap and effective way to sniff out landmines and other explosive devices that haunt nations all over the world.

There are an estimated 45 to 100 million landmines buried around the world, according to the Red Cross, many of which are remnants of wars long since ended. The mines kill thousands each year and hamper development and economic growth. For many-war torn countries the cost of removing the mines is simply too much, and they’re left to suffer the occasional but inevitable consequences.

But a group of scientists at Hunter College in New York are trying to give them a lifesaving biosensor alternative. The group, led by Paul Feinstein, inserted a gene into odor sensing neurons in mice that could drastically increase their ability to smell TNT. Detecting an odor involves small molecules, called odorants, entering the nose and binding to receptors that sit on the ends of neurons there. Each neuron has a single type of receptor that binds to a specific odorant molecule, and when different odorant molecules bind to their receptors, they combine to generate the smells we’ve come to love, like coffee, and hate, like…decaf coffee.

There are about 1,000 different odorant receptors, so normally any given odorant that enters the nose would have a 1 in 1,000 chance of binding to its receptor and being detected. Using a gene that binds to an odorant in TNT, the scientists were able to increase the number of neurons able to detect the odorant. The average mouse already has about 4,000 neurons in its nose that can bind the telltale TNT odorant. With the gene, however, the scientists tipped the scale so that about half of the odor-detecting neurons contained the TNT receptor, increasing the chance that the odorant molecule is detected from 1 in 1,000 to 1 in 2.

The super mice aren’t the first animals employed to detect landmines. Man’s best friend, used to sniff everything from drugs, runaway criminals, and vacation delectables that people try to sneak through customs, has been used by the Afghan Mine Detection Agency to clear out mines and unexploded bombs since 1989. In the mid-2000s a group of African giant pouch rats joined the hunt after being trained to sniff out buried bombs. Turns out that, while training a dog to find explosives costs about $12,000 per canine, a rat cost about $2,000 to train. Even cheaper, but much more bizarre, are the honeybees that researchers at the University of Montana trained. With a 98 percent success rate the bees swarmed to where explosives residue had been placed. According to the researchers, it costs about $100 to train a hive of about 40,000 to 65,000 bees – and they can be trained in as little as two hours!

Before their TNT-sniffing mice can be deployed, however, the Hunter College still has some work to do. They’re still unproven as yet. As they reported at this year’s Society for Neuroscience meeting in New Orleans, they only know that the TNT receptors are there, but they have yet to perform behavioral tests on the mice and see if they really are supersensitive to the explosive material. And perhaps the most uncertain aspect will be to develop a reliable detection signal – it won’t do any good if the mice can smell the explosives just fine but they don’t tell us about it. There’s evidence that such an amplified smell would overwhelm the mice and actually trigger seizures – a more than adequate “Here it is!” Charlotte D’Hulst, first author of the study, hopes that this is exactly the case, but it still remains to be demonstrated.

The sensitive olfactory systems of animals are potentially great tools, if we can use them in reliable ways. Dogs, for instance, have already put the best medical tests to shame in their ability to sniff out cancer. The current study takes it one step further, boosting an already strong signal through genetics. As these technologies advance, and as our understanding of the genome increases, enabling us to use the technologies in increasingly smarter ways, more of our furry friends will undoubtedly be co-opted to perform the functions for detectors we just haven’t invented yet.