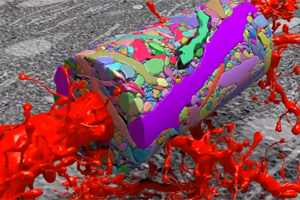 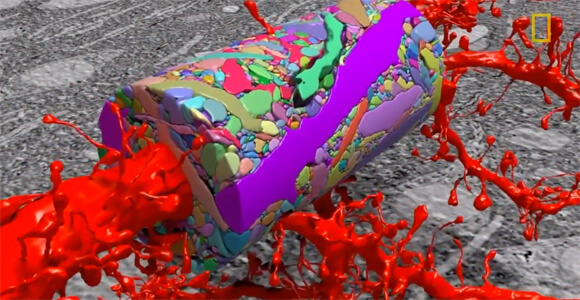 An old saying has it that if our brains were simple enough for us to understand, we’d be too stupid to understand them.

Advances in medical scanning devices and computer technology have led to new ways of mapping the hundreds of billions of neurons that make up the human command-and-control center. Yet, with so many elaborately specialized neurons, mapping their specialties can still feel like dropping scattered pins on a Google map of terra incognita, underscoring how much we don’t know. 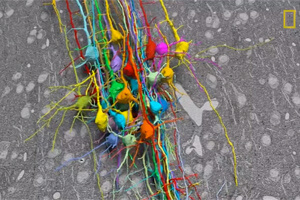 “There’s this huge gap in our knowledge about how brains work, largely because we have no idea what they’re made up of at the finest level,” said Jeff Lichtman, head of the Harvard SEAS Connectome Group, which is building a color-coded three-dimensional map from scans of paper-thin slices of a mouse brain.

The Connectome Group’s map comes to life in a recent National Geographic video. It doesn’t resolve the great unanswered questions, but the ‘wiring diagram’ shows the complexity of the mammalian brain in a way that anyone can understand. If there are any neurons that specialize in detecting coolness, they will surely fire when watching this video.

Images and video via National Geographic