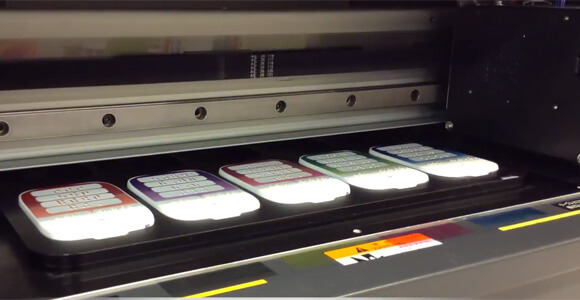 With free-market capitalism and its tried-and-true methods of mass production, mainstream consumers are inundated with more product choices than many have time to make, while smaller, specialized segments of the population find that even obvious products to meet their needs simply aren’t available.

Because 3D printing offers cost savings specifically on prototypes and smaller production runs, the ballyhooed new production method could rescue atypical consumer segments from the cold shoulder of the market.

Consider the visually impaired. In 2011, what appeared to be the first braille watch emerged, capturing design and innovation awards, and subsequently failed to secure funding through Kickstarter.

Smartphones are today’s watches. Yet, while the devices have reached every group of consumers, from rich to poor, all around the world, they also lack a version that caters to the visually impaired.  Any of us who has stood in the sun trying to make a phone work knows that it’s not easy to make use of a tiny touchscreen when you can’t see it.

British company OwnFone is launching what it claims is the first-ever braille phone, and it’s thanks to 3D printing. For £60 (about $100), a user can enter the names and numbers of the people he or she calls most on the OwnFone website and design his or her own custom-made mobile phone with their contacts’ names and numbers printed in braille on buttons on the front of the phone.

“In the past the cost of developing a braille phone vs. the market size has been a barrier to entry. 3D printing provides a fast and affordable way to overcome this barrier,” said OwnFone founder Tom Sunderland in a press statement provided to Singularity Hub.

Those who don’t read braille can design phones with raised text, texture or images on the buttons; all phones come in custom colors and designs.

OwnFone first began offering custom 3D printed phones in 2012, considering children and seniors as groups that the “world where complex smartphones” evoked on the company’s website may have left behind. From large print on the basic buttons, the company moved into images and now Braille.

OwnFone doesn’t have apps, voice mail or texting. It includes just six buttons: answer, hang up, and four speed-dial contacts. If one of those people changes phone numbers, the company can program the new number in immediately. If the user needs to change one of the contacts, there’s a £10 charge.

In other words, to get products specialized for their disability, the visually impaired will have to give up some of the individualization supported by smartphone apps, at least for now.

OwnFone is currently available only in the UK, but the company plans to turn to Kickstarter in hopes of making the phone available internationally. Will the phone fare better than the watch?

It’s hard to say, but early demand is strong, according to the company. A spokesperson told Singularity Hub that its launch of the braille phone has “inundated us with work.”