Worries about the future often share a critical flaw. They sometimes assume nothing changes, or that change happens more slowly than it does—when instead, awareness of a problem drives people to find solutions to it, reducing the risk.

Take the idea of technological unemployment.

There is growing concern and evidence that robots and artificial intelligence will replace a massive number of jobs in the not so distant future, but there is also evidence that new technologies might counteract the resulting unemployment.

In 2012, LinkedIn CEO Jeff Weiner announced the long-term vision of his company was to digitally connect the global workforce’s 3.3 billion people to every economic opportunity available in the world—it would be a global, digital repository of full-time and temporary jobs and the skills required to obtain them.

Such a database would be like a real-time digital snapshot of the labor market. And its usefulness would go beyond simply linking employers and job seekers. 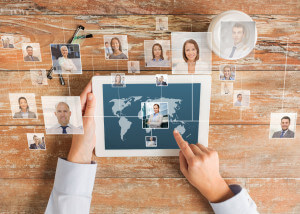 As more workers and companies join LinkedIn, for example, we can use the data to determine what skills are missing in a particular city and strategically connect employees with opportunities to learn those skills. In fact, LinkedIn is currently doing exactly this—advising New York City on how to invest $10 million into their education system given current gaps in skills with local employers.

In addition, LinkedIn recently launched the Economic Graph Challenge to see how data scientists and even the general public might use their data in new software applications to address the world’s economic challenges and stimulate employment.

Many other companies also focused on the crowdsourcing of work include Crowdsource, Firstbuild, Crowdflower, Etsy, Odesk—or the forty companies listed here. As these efforts continue to grow and new technologies improving collaboration, such as virtual reality, become more mainstream, we may see many new scalable ways that intellectual and human capital can flow around the world.

Such developments will be even more important given that up to three billion more people (many of them from the world’s poorest countries) will likely be joining the Internet in the coming three to five years thanks to efforts like Internet.org and the proliferation of potential new satellite, drone, and even balloon-based communication networks.

Of course, there are those who question the efficacy of such developments. Economist Robert Reich recently wrote the sharing economy is not actually helping people. He suggests we are instead moving toward a world where a few companies use robots and artificial intelligence to perform the majority of predictable manual and intellectual work. Humans, meanwhile, will be left to fight over the few scraps of unpredictable, on-demand jobs that machines cannot perform.

But it doesn’t have to be this way. In addition to using technology to better train job seekers and connect them to employers, we need to democratize entrepreneurship and create environments where everyone can be an entrepreneur. Why? Because as entrepreneurs, people retain a bigger chunk of profit for their contributions.

We are already seeing the beginnings of this new system.

In addition, efforts to open source robotics and artificial intelligence are underway. And LinkedIn’s decision to let the public create applications using their data in the Economic Graph Challenge shows large companies see they can unlock more value by collaborating with the public as entrepreneurs rather than only as customers.

This approach not only allows us to share value created in the fairest way, but will continually unleash new waves of human creativity and talent. 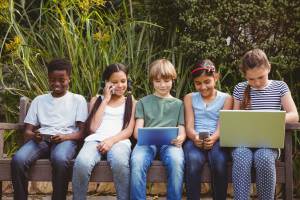 If one looks closely, we see that we are living in a moment of great change and we are catching the smallest glimpses right now of what the future will look like.

All of our lives will change dramatically as machines perform the work that many of us humans have been performing for millennia. At the same time, technology will also connect humans to one another and to opportunities to create value and solve problems in ways that we also could never do before.

While our minds may struggle initially to grasp these changes, if we are open to working and creating value in new ways, we will also see that we have a tremendous opportunity before us.