I spent the week in New York City, attending Exponential Finance and thinking about the future of money. Many industries, including finance, will undergo big change in the coming years. We may see some fraction of the old guard go by the wayside, displaced by energetic, new upstarts. But which ones?

Instagram was acquired for a billion dollars the same year Kodak went bankrupt. Though Kodak invented the digital camera behind Instagram’s business model—they failed to fully embrace it and paid the price. Uber is a five-year-old transportation company worth $40 billion, and they don’t own a single car or bus. 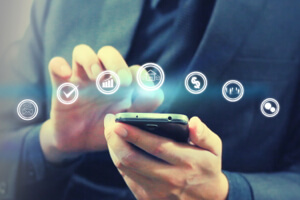 These companies, and others, demonstrate what Peter Diamandis, cofounder and executive chairman of Singularity University, calls the disruptive potential of digital technology: “Digitization means anything that becomes ones and zeros can be easily replicated and distributed around the world for free.”

This means relatively small organizations are rapidly rising up to take on big traditional players with little more than an app on a smartphone. So, what models are leading contenders to become the Instagram or Uber of finance?

Abra is exemplary of what happens when several digital technologies converge in one product. Combining an Uber-like peer-to-peer network with smartphone technology and blockchain, Abra literally stashes the cash in your pocket on your smartphone. From there, users can send cash as easy as they send a text.

All this happens without a bank.

Abra’s founder, Bill Barhydt, estimates we’re three years away from wireless carriers cycling off every feature phone—simple cell phones—sold when the iPhone and Android first came out. As smartphones become ubiquitous in the developing world, it’s possible many of the world’s unbanked billions in developing countries will skip traditional finance, a little like how they leapfrogged landlines for cell phones.

It’s a radical thought. But with Abra, it’s plausible that bank-free, digital cash will be a force to be reckoned with.

Blythe Masters, former senior JP Morgan executive and CEO of Digital Asset Holdings, gave my favorite talk of the conference. It was, in no small sense, eye-opening. The topic? Blockchain, the distributed digital ledger underpinning cryptocurrencies like Bitcoin.

Masters suggests blockchain’s potential is massive—not just for cryptocurrencies, but anything of value. The same technology that records and confirms Bitcoin transactions can, in theory, do the same thing for “a will, a deed, a title, a license, intellectual property, an invention, or any type of financial instrument.”

It can automatically do this in real time across a vast network of distributed computers. Will we one day replace costly, centralized, and messy settlement processes with blockchain-enabled economic networks? Maybe so. Masters cautions much work remains, but that the technology is a very big deal.

Even as certain new technologies replace the old—others will prove powerful collaborative tools.

Ric Edelman says human financial advisors, for example, will reinvent themselves—adding services only humans can handle while making the most of artificial intelligence to better serve clients. Machines doing what machines do best, and humans doing what humans do best. Better together than either one alone.

These are just a sampling of this year’s talks.

But I think they hint at what’s to come: By more fully digitizing finance (parts of it are, of course, already digitized), we can supercharge commerce and reduce the cost of doing business. 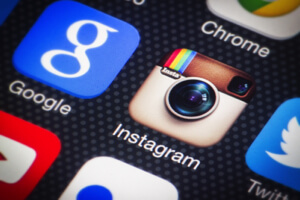 So, who will be the Instagram or Uber of finance?

Hard to say. There are thousands and thousands of contenders and a number of promising approaches and technologies. And we shouldn’t count out existing players either. Canon originally made cameras that used film, for example, but they transitioned to own a big chunk of the digital camera market too.

Some firms today may overcome institutional inertia and switch course when it makes sense to do so—enhancing their core business by embracing powerful emerging technologies as they come online.

But Canon also shows how crucial it is to stay a few steps ahead, and how difficult that can be. Even now, the digital camera market is shrinking as point-and-shoot cameras are replaced by smartphones.

Indeed, the most ground-shaking technologies may be the ones few anticipate today. CNBC’s Bob Pisani told the audience he fell in love with science fiction reading about robots as a kid. Then he held up his iPhone. Who would have believed 20 years ago we would soon fit the world’s knowledge in our pocket?

“I’m still 11 years old living in 1967—amazed at falling in love with robots and amazed at this [iPhone], because [it] wasn’t in those stories at that time,” Pisani said. “This is more fantastic even than stories. Reality has surpassed science fiction.” And he’s right. I love it when that happens. And it will again.