“If there is one dominant myth about the world…it is that we all go around assuming the world is much more of a planned place than it is.”—Matt Ridley, The Evolution of Everything

For those fascinated by the cosmic gears that guide us forward, and for those who question how central humans are in the story of unfolding of change, a new(ish) book by Matt Ridley, The Evolution of Everything, offers a convincing narrative for just how far our planning brains are from being master and commander of the fast-paced world in which we now live.

Ridley’s book applies the evolution-centric framing of progress that fans of Kevin Kelly’s What Technology Wants will recognize, with sixteen chapters—each representing a new field to which one can apply his theory. The book is a dream read for aspiring polymaths, with far-ranging topics that span the evolution of the universe, morality, technology, the economy, government, religion, and a remarkably up-to-the-minute summary of the Internet (Blockchain fans rejoice!).

Human society isn’t planned by the human brain, Ridley argues, but is instead the result of emergent, bottom-up, and ultimately unpredictable forces of evolution. It’s a convincing narrative that aims to dispel the arrogance associated with humankind’s craving for—and belief in—our having control. 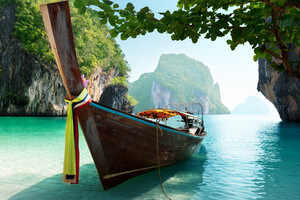 The book’s central argument is best summed up in a casually used quote Ridley offers from 20th-century philosopher Alain, who says that a bad boat design will result in that boat’s sinking to the bottom of the ocean.

Alain points out, “One could then say, that it is the sea herself who fashions the boat.”

Boat designs evolved over time from those who experimented with putting things in the water to see what could float and then copying and improving the best designs (that is, the ones that didn’t sink). These designs didn’t come formed inside anyone’s mind, ready for building. It’s our tendency to ascribe a clever boat schematic to those working on the designs of our boats but humans didn’t design boats—the water did.

This ethos is one of progress by trial and error in pursuit of a goal rather than top-down control. In biological evolution the goal is survival given environmental constraints; in boats, it’s not sinking, given the dynamics of water. The goal and constraints define the shape of progress and result in better designs.

It’s a mind-set now being adopted more widely within business innovation circles, as seen by the success of experimentation-based methodologies such as the lean startup approach. As Eric Ries, author of The Lean Startup, first proposed, businesses can radically transform their likelihood of success by reducing central planning and adapting a product to the needs of the customer in an iterative way over time. The customer’s needs become the core designer in building better products.

It’s also this intuitive understanding of trial and error that allows kindergarten students to consistently outperform the planning-minded brains of recent MBA graduates on the popular marshmallow challenge. Kindergarteners instinctively prototype towards an outcome rather than overthink and plan.

The sculpting prowess of evolution is now being used to build even our most advanced technologies as well. With recent advances in artificial intelligence and machine learning, computer science is moving beyond the deliberately designed world of engineering to one where computers self-code to do things such as drive cars, recognize where a picture was taken, and solve centuries-old biology problems. 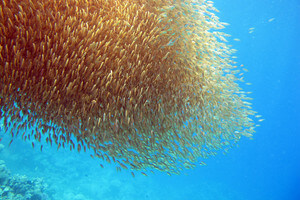 Machine learning is a way for programmers to assign a task to a piece of software, define what success looks like, and then sit back and wait for the code to teach itself through experimentation.

So what does this mean for us—a species who some argue reached our much vaunted place atop the animal kingdom through an ability to imagine outcomes and execute accordingly? It’s likely more nuanced than Ridley’s binary approach of central-planning is bad/bottom-up is good.

Though Ridley demonstrates a self-awareness for the one-sidedness of his arguments, they do push too far at times. Everything from World War I to the 2008 financial crisis is blamed on top-down problems.

Others, however, have convincingly argued that these two events were the ultimate of bottom-up disasters (for example, this amazing podcast by Dan Carlin profiles the calamity of unexpected horrors that plunged the world into the First World War). The book also ignores that top-notch central planning has resulted in good business strategy and, at times, good policy. For example, Apple, who do understand customer-focused design principles better than anyone, has succeeded through making their iOS environment a notoriously closed-source place. And as distinguished Singularity University faculty David Roberts often points out, the coordinated efforts by our world governments have addressed the depletion of the ozone layer with great success.

Things occur from a blending of top-down and bottom-up, and they aren’t always good or bad in the way that Ridley suggests.

The larger point of Ridley’s book is spot-on, however. Humans tend to reason that things are the result of coordinated efforts from people we assume are smarter and more qualified than we are. For Ridley, we better become a more bottom-up-based society—and fast. He thinks central planning is bad policy, bad for business, and bad for the citizens of the world.

The world does face a growing list of challenges, and Ridley’s magic pill is counterintuitive—namely that humanity ought to get out of its own overcontrolling way. Ridley’s practical guide might best be embodied by Forgetting Sarah Marshall’s do-less mentality for learning to surf. And that mentality may be too much to stomach for a control-thirsty species like ours.