Have you ever wondered if the water in your house is safe to drink? While many have been angered by the news that children in Flint, Michigan were exposed to abnormally high amounts of lead in their drinking water, clean water is actually a problem for millions of Americans. 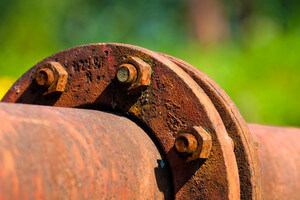 The American Society of Civil Engineers estimates US water infrastructure is nearing the end of its useful life and will need to be replaced, probably costing around a trillion dollars. And the Environmental Protection Agency estimates 16% of water is lost every year through old systems and that over the next 20 years water system upgrades will be a $200 billion market.

And of course, clean water is not only a US problem. Far from it.

Water is not only essential for sanitation, drinking, and cooking but necessary for agriculture, industrial activities, recreation and healthy environmental ecosystems.

As the world’s population continues to grow and urbanize, and as the climate changes, the International Food Research Institute predicts that by 2050 more than 4.8 billion people and half the world’s global grain production will be at risk due to water stress.

Where access to this most valuable of resources is contested, conflict ensues. From Syria and Iraq to Peru and the Ukraine, water continues to play a pivotal and increasing role in conflict, and water-related conflicts have significantly escalated since the turn of the millennium.

The irony about the global water challenge is that we live on a planet awash in water, yet we can only utilize a tiny fraction of it in the form of accessible fresh water.

That’s where we believe new technology and innovation can help.

The proverbial dam is about to burst with an array of technologies and innovations that can lead to water abundance. These include nanotechnology, biotechnology, computing and sensors, and many others. The opportunities for innovation cut across the water challenge—including supply, purification, distribution, and conservation. 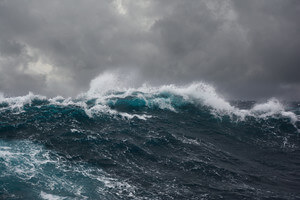 Making Our Oceans Drinkable—and Pulling Water From the Air

Desalination of ocean resources has tremendous promise and yet the energy, cost, and environmental challenges remain prohibitive for widescale use…so far.

Despite these limitations, the Carlsbad Desalination Plant in California recently opened and is producing 50 million gallons of drinkable water per day, making it the largest desalination plant in the Western Hemisphere.

Although desalination is still expensive, that may not always be the case.

Nanotechnology and materials science are generating breakthroughs in graphene as a filter for the process of reverse-osmosis. In 2013, Lockheed Martin patented their Perforene graphene filter. Lockheed claims the filter would reduce energy costs of reverse osmosis desalination by 99%. In 2015, they began testing the filter in the oil and gas industry with drilling wastewater and hope they can also use it for desalination in the coming years.

Another nanotechnology innovation is to harvest water from air. A Harvard team developed a new material inspired by the water-collecting bumps and spines found in Namib desert beetles and desert cacti. After adding another Harvard innovation called SLIPS—a special coating that repels fluids—these biomimetic materials can more efficiently extract water from the atmosphere. 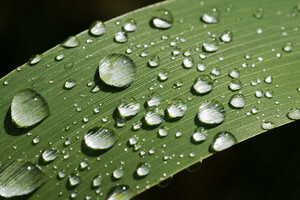 Engineering Biology to Clean Our Water

Meanwhile, biology is a new frontier for water treatment with new innovations using bacteria and plants for purification. As the cost of decoding genomes continues to plummet, the opportunities for designing plants and bacteria to digest and purify specific contaminants increases. Biotechnology can supercharge what nature already does.

Hans Peterson of The Safe Drinking Water Foundation in Canada designed a water treatment system that uses naturally occurring bacteria instead of chemicals to remove contaminants from water and then treats the water a second time by reverse osmosis.

Phytoremediation, meanwhile, is the use of plants for decontamination. Sharon Doty, a plant biologist at the University of Washington, created genetically engineered poplar trees in the lab that can remove as much as 91 percent of trichloroethylene—the most common groundwater contaminant at U.S. Superfund sites—from liquids. Unaltered plants removed three percent.

Good Design Is Still Powerful Too

Dean Kamen’s Slingshot vaporizes any form of liquid and condenses the vapor to generate medical grade water with low amounts of energy. The Chilean researcher Alfredo Zollezi purifies water by first turning it into plasma, then ionizing and purifying it with minimal energy. He has already tested it in a Chilean slum. Zollezi’s invention sanitizes 35 liters of water in five minutes at a cost of less than one cent.

Imagine H2O, an accelerator supporting water entrepreneurs, is also currently supporting a number of interesting projects ranging from improved monitoring of wells, to a gel that replaces water and is more efficient for crops, to big data innovations in water infrastructure.

AI and Big Data: Getting Smarter About the Water We Already Have

Sensors, big data and artificial intelligence are creating a wellspring of opportunities.

New space companies such as Planet Labs are providing imaging data from space to help us understand the relationship between water and crops, such as how coffee plantation output in Brazil is linked to severe drought and local reservoir levels.

While technology breakthroughs can help ensure abundant water for all, we will simultaneously need to thoughtfully solve the social and political challenges related to water to truly ensure a positive future. Water is intimately linked to other issues ranging from urbanization and growth laws to gender issues in the household.

Interestingly, we may also see other new technologies such as blockchain play a role in creating transparency and bringing more voices to the table to better manage some of the political and social dynamics of managing our natural resources.

Learn more about the critical importance of exponential technologies and the impact they’ll have on the future of humanity at Singularity University’s Global Summit.