While CRISPR, nanobots and head transplants are making headlines as medical breakthroughs, a number of new technologies are also making progress tackling some of the toughest age-old diseases still plaguing millions of people in the poorest parts of the world.

In low income countries, over 75% of the population dies before the age of 70 due to infectious diseases including HIV/AIDS, lung infections, tuberculosis, diarrheal diseases, malaria, and increasingly, cardiovascular diseases. Over a third of deaths in low income countries are among children under age 14 primarily due to pneumonia, diarrheal diseases, malaria and neonatal complications. In the developed world, those living in extreme poverty, such as homeless populations, also die on average at age 48.

Over the last year, artificial intelligence, robotics and biotechnology have all generated a number of new solutions that have the potential to dramatically reduce these problems. 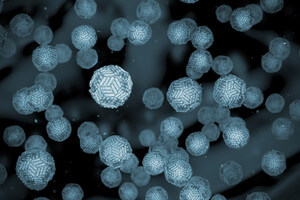 Several new institutions and companies are developing artificial intelligence to successfully predict and halt the spread of infectious diseases.

In May of 2015, the Cary Institute of Ecosystems reported they’d successfully used machine learning to predict the spread of disease by rodents with 90% accuracy. This may prove to be a potent disease-fighting tool because rodents transmit over 60 diseases, and in general, animals transmit the majority of infectious diseases impacting over one billion people every year.

Meanwhile, a team of scientists at Chinese Normal University have been using neural networks to analyze weather data to predict outbreaks of diarrheal diseases in Shanghai, and a new startup AIME is using artificial intelligence to predict dengue outbreaks in South America and Asia.

Together, these developments can increase the speed and reliability of diagnosing and treating these diseases while also providing more information about the characteristics of the disease and, over the long-term, reduce costs.

Robots and new machines are also helping prevent and cure diseases in the developing world.

A machine called Eve uses artificial intelligence and two robotic arms to manipulate lab equipment and speed up the process for discovering new drugs that tackle drug resistant malaria and other diseases. While still expensive, but with important implications for halting the spread of infectious disease such as Ebola in the developing world, hospitals in the US are now using $100,000 robots to blast hospital rooms with ultraviolet light, destroying infectious bugs, including drug resistant staph bacteria.

According to the World Health Organization, over 75% of the world does not have access to radiography. One solution? Using ultrasound instead of X-rays for some medical imaging. Mount Sinai Health Systems demonstrated that portable lower cost lung ultrasound machines can be as effective at diagnosing pneumonia in children as traditional chest X-ray machines.

Also in the name of improved access, drones have begun delivering medicine and lab tests in remote areas in the developing world and rural communities in the developed world.

Researchers and scientists are also using biotechnology, synthetic biology and nanotechnology to better understand and fight diseases that harm some of the world’s most vulnerable people.

In 2014, Paris based Sanofi created the first malaria drugs using synthetic biology (although the company has been stalling due to increased production of the drug by competitors through traditional means). Codagenix is currently working on a diarrheal vaccine using synthetic biology that could help 200 million people annually. And scientists in Texas are combining biotechnology with nanotechnology to create new types of drugs for pregnant women that do not cross the placenta and affect the fetus.

Impactful Startups Are Spreading Too

While many new technologies are coming from large organizations in the developed world, there is also a new generation of health startups and companies pioneered in the developing world.

For example, the LV Prassad Institute in India has been using regenerative medicine to treat over 700 patients for eye disorders since 2000, and Navigene allows parents to test their children for diseases through a urine test. India and Africa also both have a number of new digital health starts ups including Access Mobil, mPedigree, CardioPad.

Given the health challenges currently faced by billions of people in the developing world, it is promising to see some of the world’s most cutting edge technologies helping the people who need it most. 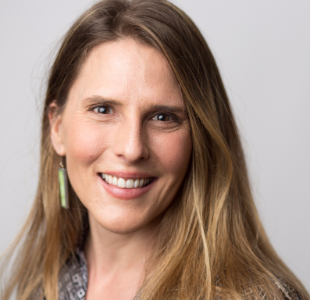