What If Intelligent Machines Could Learn From Each Other?

Take a look around and you’ll see evidence of the widespread adoption of wearable sensors for health and fitness, such as the Fitbit, Garmin or other devices.

What many people may not know is that we are also using sensors to monitor the structural integrity of bridges and buildings, as well as tracking the movements of insects and other animals.

With the rapid growth of the Internet of Things (IoT), tens of billions of sensor devices are projected to connect in the next decade. These connected sensor devices will automate processes across a broad range of economic sectors, from industrial plants to healthcare management, delivering productivity gains and hopefully quality-of-life improvements.

The core of these sensor devices that will be deployed across this broad range of applications is largely the same, featuring a microprocessor, memory and a wired or wireless communication interface to the internet, along with a battery or other energy source.

Each application and IoT device will bring its own unique context, such as its location, the conditions of the surrounding environment and the behavior of people in the area. Individual devices will observe and adapt to their unique contexts.

So what happens when we introduce artificial intelligence (AI) into the mix? With AI, these devices can evolve their behavior in response to changing contexts. Just like how living beings optimize their behavior to their surroundings, even smaller IoT devices around us can run AI machines that evolve their software over time.

Consider a portable mobile device, such as a smartwatch or a smartphone, that typically ships in large volumes with one-size-fits-all features and apps for all users.

To personalize them, users have to manually configure each app individually and keep updating these configurations as their preferences change over time.

What if the device itself could learn our preferences simply by observing our usage patterns? This could help automate the personalization process.

What about situations that our device has not yet experienced? Is it possible for this device to learn what our preferences could be in an unknown situation?

This is where AI machines can help each other learn faster, effectively by sharing information from each other’s experience, resulting in a multiplier effect for how quickly these devices can learn.

As an example, we have demonstrated how smartphones that are in proximity to each other can both run their own AI machines and share logic blocks from their programs to accelerate learning how to maintain battery life.

There are two reasons behind these benefits. First, each phone learns independently, developing its own genetic material of program logic — an evolution of sorts.

This is known as the “island model” in evolutionary computing. In the IoT, each device becomes its own “island.” Occasionally, the devices share what they’ve learned.

This adds to the diversity of their genetic pool, which can be beneficial in a system that learns or evolves. It also means that both devices know how to react better to new contexts that may have originally been observed by other collaborating devices.

Animal tracking provides a similar driver from collaborative AI among IoT devices. Devices are frequently placed on collars or ear tags to track the position and activities of livestock, pets, or wildlife.

In order to deliver accurate tracking information, each device needs to learn the specific movement features of the animal it is tracking — such as the species, age and gender — which AI can help with.

Then, when two or more animals meet, the IoT devices can share what they’ve learned about their animal’s movement, which can speed up the learning process for other devices on animals with similar features.

The benefits of shared learning in IoT goes beyond devices on animals and people. Take devices that are placed for monitoring the structural health of bridges or roads.

In many instances, these devices would not have a communication link to the internet due to cost and remoteness, but they can gather information locally and learn the specific patterns in observed sensor data that may predict faults.

Because faults are relatively rare, shared learning with neighboring devices provides a larger pool for training IoT devices that may have not yet encountered a fault, on what to look out for.

Some open questions remain on the road to making shared IoT device learning a reality. Does a device compromise the privacy of its owner if it participates in a shared learning environment? The answer is it depends on whether the AI approach shares information that has intrinsic meaning or not, such as in genetic programming.

An IoT device also needs to ensure that it continues to deliver on its day-to-day tasks as it learns how to respond to new situations. Appropriate safety controls would need to be devised, such as placing hard constraints on what a device can learn and what should not change in response to learning.

Another question is how does a device know which neighboring devices to trust when deciding which ones to collaborate with? What if a malicious entity enters a network with the aim of injecting disruptive logic into a shared IoT learning environment? Methods still need to be created to fully address these issues.

So where are we headed with IoT devices that can potentially learn from each other? While their applications are still considered to be in their infancy, the potential opportunities warrant attention, debate and investigation. 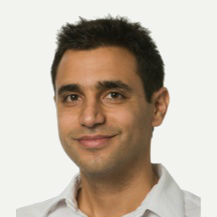 Raja Jurdakhttp://jurdak.com/
The driving interest of my research is around mobility and energy-efficiency in sensor networks. As our world embeds more resource-limited devices for digital data collection, coordinating among these devices to extract the most information value is key for better understanding the physical world and to determine how to best manage it. Sensor networks that operate in full harmony with the underlying dynamics of the environment they aim to monitor is the ultimate goal of my work. I am a Principal Research Scientist at CSIRO's ICT Centre, where I lead the Distributed Sensing Systems Group in Brisbane and Hobart. I have a PhD in Information and Computer Science at University of California, Irvine in September 2005, an MS in Computer Networks and Distributed Computing from the Electrical and Computer Engineering Department at UCI (2001), and a BE in Computer and Communications Engineering from the Faculty of Engineering and Architecture at the American University of Beirut in (2000).
RELATED