How Nanotech Will Lead to a Better Future for Us All

How do we gain the immense benefits of advanced nanotechnology while avoiding its potential misuse?

This was Christine Peterson’s big question when she co-founded the Foresight Institute, a non-profit think tank focused on nanotechnology, three decades ago. And she says it’s still her guiding focus today.

In the last decade, nanotechnology has advanced and is finding practical applications. Some teams are developing nanoscale patterns on medical implants that can stimulate bone cell growth and positive gene expression. Others are working to make guided nanoparticles that detect (and even destroy) cancer cells.

The dream of nanomachines traveling your body and repairing it on the cellular level is a little closer thanks to the development of nanoengines and nanorockets.

But before we get there, Peterson thinks nanotechnology will have other interesting impacts. Up next? Perhaps self-cleaning surfaces and nanotech catalysts that collect greenhouse gases and turn the CO2 into chemicals needed for factories.

Peterson is speaking later this month at Singularity University’s Global Summit in San Francisco. Read this interview with Peterson to find out how she thinks nanotech can solve our clean water dilemma, cure cancer, and what her favorite smart object of the future is.

Is today’s nanotechnology at the deceptive point on an exponential curve?

I like to divide nanotechnology into three stages—materials, devices, and systems. Each one is following its own curve. 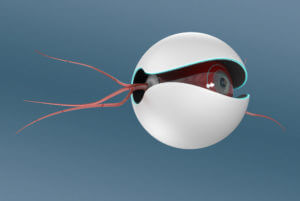 Right now, we’re seeing mostly nanoparticle products, but these don’t have the power of precision at the molecular scale—they’re not atomically precise. Increasingly, we’ll begin seeing materials that have that precision, like with filtration and catalysis products.

Once these products reach the market, I think we’ll see them take off like a rocket. The demand for clean water is huge. The demand for controlling greenhouse gases is huge. Whoever can deliver on these goals first should do very well.

In a sentence or two, how would you explain nanotechnology to a stranger on the street?

Nature manipulates individual molecules to build the most complex things in the world—plants, animals, and our own bodies. The goal of nanotechnology is to use systems of molecular machines to build whatever we want with that same level of precision, and do it cleanly—just as nature does.

In a video interview from 2013 you projected that nanotechnology advances over the next 10 years in medicine would greatly impact cancer detection, imaging, and treatment. What advances in nanotechnology over the last few years have been most impactful in medicine?

Big efforts have gone into exploiting nanotech for dealing with cancer—hundreds of millions of dollars—and those efforts are working.

Multiple groups, like the Stanford Center for Cancer Nanotechnology Excellence, are altering various nanoparticles to get useful behaviors like giving off a detectable color signal when a cancer cell is found or being able to hold onto a cancer cell until it can be studied. Or they can be designed to release a special signaling molecule when a cancer cell is detected.

More unusual reactions have been created in the lab, such as having them absorb light and then create very low-power acoustic vibrations when a tumor is located or even release heat to kill a cancer cell.

Are there specific clinical trials you feel most encouraged by?

One of my favorites is out of Stanford by a company called MagArray. They attach nanomagnets to cancer cells and then detect them by running the sample over a chip. It takes under an hour and requires minimal technician training.

In addition to cancer, this technique can potentially be applied to monitoring cytokines, which is useful for addressing Alzheimer’s and autoimmune diseases.

Of course, if we can eliminate cancer—which is looking increasingly likely—then Alzheimer’s becomes an even bigger problem than it is already. Just fixing cancer is not enough anymore. We have to keep going and pursue all the chronic diseases.

Are there newer “smart materials” being tested in nanotech devices that may soon eliminate current technologies? If so, which ones?

Here’s an example: I love the idea of materials that are self-cleaning. The University of Cambridge is working on making surfaces that have embedded titanium dioxide nanoparticles that are photocatalytic. They use UV light to convert the dirt on a surface into carbon dioxide and water. For example, the oil in a fingerprint on this surface is broken down in 90 minutes.

Many of us will one day have a metal implant in our bodies, but this is an unnatural material to use for this purpose. 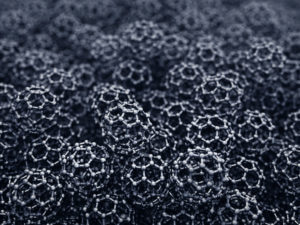 The University of Montreal and partners have come up with ways to create nanoscale patterns on the surfaces of such implants that can increase growth of bone cells, decrease growth of undesirable cells, stimulate stem cells, and change gene expression in positive ways. Amazing.

Some of these applications come right out of science fiction.

In Australia, at RMIT and the University of Adelaide, they’re working on materials that use nanoscale crystals called dielectric resonators to either transmit or block light by wavelength.

This could make possible smart contact lenses that change what we see, or even create a head-up display that shows additional information in our visual field.

Finally, I’ll be able to “remember” the names of people I’ve met before!

When you co-founded the Foresight Institute did you have a particular source of inspiration? What was a question at the time that you were grappling with?

The big question back then was: How do we gain the immense benefits of advanced nanotechnology while avoiding potential misuse?

We wanted to speed up the achievement of highly advanced medical and other positive applications and discourage offensive military applications. Understanding of the power of nanotechnology for improving health has come a long way, but due to regulatory constraints, medical uses are a long-term project.

Contrast this with military uses: The military often gets into new technologies early on, and military applications tend to be relatively well funded.

Put those trends together, and it is clear why it’s hard to speed medical applications of the technology while discouraging offensive military applications. So we’re still working on this original challenge.

The year is 2025, how is nanotechnology improving the environment?

Two big advances could be coming online around then or before. First, we can solve the water problem using molecularly-precise filtration. This technology is being developed right now by the private company AguaVia with support from the Department of Energy and National Science Foundation.

Second, we can clean up air pollution, including greenhouse gases, with nanotech catalysts that remove CO2 from the air and reconfigure it into chemicals we can use in industry. Christian Schafmeister at Temple University is doing this work.

Pretty much any environmental problem you can think of could potentially be solved using advanced nanotechnology. It was this dream of environmental restoration that initially pulled me into this area decades ago, and it’s great to see it starting to pay off.

What are the major roadblocks we need to overcome to get here in 10 years?

Both of these prospects are clearly coming. The only question is when.

We need to put more resources into R&D.  The talent is there; the ideas are there; now, it’s all about the funding.

What is your dream “smart object” of the future?

One I like to mention in my talks is useful as a thought experiment.

Picture a chair, but one made of systems of molecular machines. Those machines can rearrange into another shape, such as a table. Now, how long would it take to change shape from one to the other?

You can run this experiment yourself because you are also made of systems of molecular machines.

Imagine yourself crouching in a chair shape and then moving down onto all fours in a table shape. It takes under a second. So that’s the maximum time that a chair made from advanced nanotech would take to change from a chair to a table. Probably it would be faster, if that was a design goal.

But my dream smart object of the future would have to be the proposed “cell repair machine” able to move around in the body and do general repairs on DNA, proteins, and other molecules.

Such a machine would not be a simple object. It would require many detachable tools that would be swapped in and out as needed. But it would bring the ability first to analyze and later to eventually fix any physical problem our bodies experience, including aging.

As science and technology advance, the world looks more and more like science fiction, and advanced nanotechnology is definitely a big driver in that direction.