These Cells Are Engineered to Be Controlled by a Smartphone 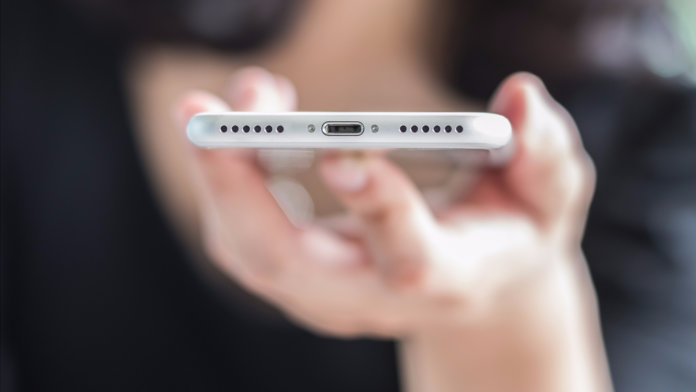 To Dr. Mark Gomelsky, a professor at the University of Wyoming, genetically engineered therapeutic cells are like troops on a mission.

The first act is training. Using genetic editing tools such as CRISPR, scientists can “train” a patient’s own cells to specifically recognize and attack a variety of enemies, including rogue tumor soldiers and HIV terrorists.

Then comes the incursion. Engineered cells are surgically implanted to the target site, where they’re left to immediately carry out the mission. The problem, says Gomelsky, is adding a command center “that could coordinate their activities in real time according to the developing situation,” such as telling cells when to activate and when to stop.

The problem has been figuring out a way to bundle a command system with the cellular implants, so that control signals come from within the body. Now, thanks to a new study published in Science Translational Medicine, we’re one step closer to smart cell therapies, where the command center forms a single closed-loop unit with the engineered soldiers.

In an “elegant feat of synthetic biology,” a team of Chinese scientists married optogenetics with cellular engineering, generating live cells that can release insulin when bathed under red light.

The cells were then embedded with tiny LED lights inside a hydrogel and transplanted under the skin of diabetic mice. And—get this—the entire system was controlled with a custom Android app, which remotely turns on the implanted LEDs and activates insulin-producing cells based on the level of circulating blood sugar levels.

After about four hours of light each day, the diabetic mice showed stabilized blood sugar and normal insulin production for over two weeks.

According to lead author Dr. Haifeng Ye at East China Normal University in Shanghai, the goal is to engineer a smart circuit that can “sense, monitor and profile insulin levels in the bloodstream,” 24 hours a day, using only a smartphone.

And that’s just the beginning. These remote-controlled cells offer proof-of-concept evidence that cell-based semiautomatic therapies are possible. This could “pave the way for a new era of personalized, digitized and globalized precision medicine,” the authors say.

Let there be light (control)

Controlling a cell’s activity is hard. Drugs are a common method, but as anyone who’s ever taken an Advil for a blaring headache can attest to, drugs have a significant onset time lag.

So when scientists discovered that they could precisely control the activity of mammalian cells with light, the field of optogenetics took off like a rocket launcher.

Here’s how it works: most of our cells don’t usually respond to light, but those in algae do. Algae have several types of light-activated proteins that sit on their membranes, and in response to certain wavelengths of light, these proteins open up like a canal, allowing ions and molecules from outside the cell to flow in. Depending on what those molecules are, this either activates or inhibits the cell.

About a decade ago, scientists realized they could pluck these light-responsive proteins “channelrhodopsins” from algae, and insert them into mammalian cells. The result? Depending on the cell type, optogenetics can reverse blindness, restore heart rhythms, incept memories into naïve mice, drive satiated mice to binge eat or turn on their predatory instincts.

Without doubt, optogenetics is powerful. But because scientists need to use gene therapy to insert channelrhodopsin into cells, translating the method to humans has been tough (although clinical trials are in the works).

This is where cell therapy comes in. Rather than trying to insert a gene into cells inside the body, it’s much easier to tweak a cell’s wiring in the lab before transplanting them. That’s the approach that Ye and team took for their smart insulin-pumping cells.

The team first engineered a multi-modular protein, so that it responded to far-red light by activating the genes that produce insulin. Unlike previous generations of light-sensing proteins that were “leaky,” this new construct had very low background activity in the dark.

To see if the circuit worked, the scientist embedded the cells with tiny biocompatible LED lights into a hydrogel and implanted them under the skin of diabetic mice. Then, he used an external transmitting coil to turn on LEDs through electromagnetic induction and voila—insulin in the bloodstream.

Once the basic system worked, the team went on to engineer a command center. Ye credited his inspiration to the SmartHome project, which seeks to create wireless homes furnished with smartphone-regulated electrical appliances like the Nest thermometer.

At the heart of their SmartController system is a home server box that contains a microprocessor unit chip and a WiFi-powered data receiver unit. To measure blood sugar levels, the team designed a custom digital glucometer that can transmit data to an Android app using Bluetooth. The app relays the glucose measurements to the control box, where it gets analyzed in real-time to control the magnetic transmitting coil.

If blood sugar levels are abnormally high, for example, the controller activates the electromagnetic field generator, which in turn switches on the implanted LED lights.

The entire process can be tracked through the app interface, so that doctors could easily intervene in case of unforeseeable errors.

The whole process takes about two hours for sky-high blood sugar levels to return to non-diabetic levels. Once there, the system steadily maintained normal blood sugar levels for 15 days with no observable side effects, all without outside intervention.

“This exciting accomplishment is a tribute to an ambitious but careful system design,” rigorous optimization and meticulous testing, says Gomelsky, who was not involved in the study.

The current rendition of SmartController is only semiautomatic, in that the team has to manually draw blood from the diabetic mice to feed to the glucometer.

This is easy to tackle—scientists just have to replace the glucometer with a continuous glucose monitor, implanted inside the body to provide continuous data to the smartphone app around the clock.

A tad trickier is the power problem. For the transmitting coils to reliably activate the implanted LED lights, the animals had to be within a certain distance from the coil, which limits movement. The team is now looking into replacing electromagnetic induction with biocompatible batteries to power the lights, and also avoiding exposure to electromagnetic radiation.

As with all cell therapies, the system will have to work in patient-derived cells or other cell types that won’t generate an immune response after implantation.

With the FDA approving the first closed-circuit automatic insulin pump last year, Ye’s optogentics-meets-cell-therapy system may not ever hit the market. But that’s not the point.

“How soon should we expect to see people on the street wearing fashionable LED wristbands that irradiate implanted cells engineered to produce genetically encoded drugs under the control of a smartphone?” asks Gomesky rhetorically.

Not just yet, he answers, but this study offers an exciting glimpse into the promising future of smart-cell therapies and what may soon be possible.