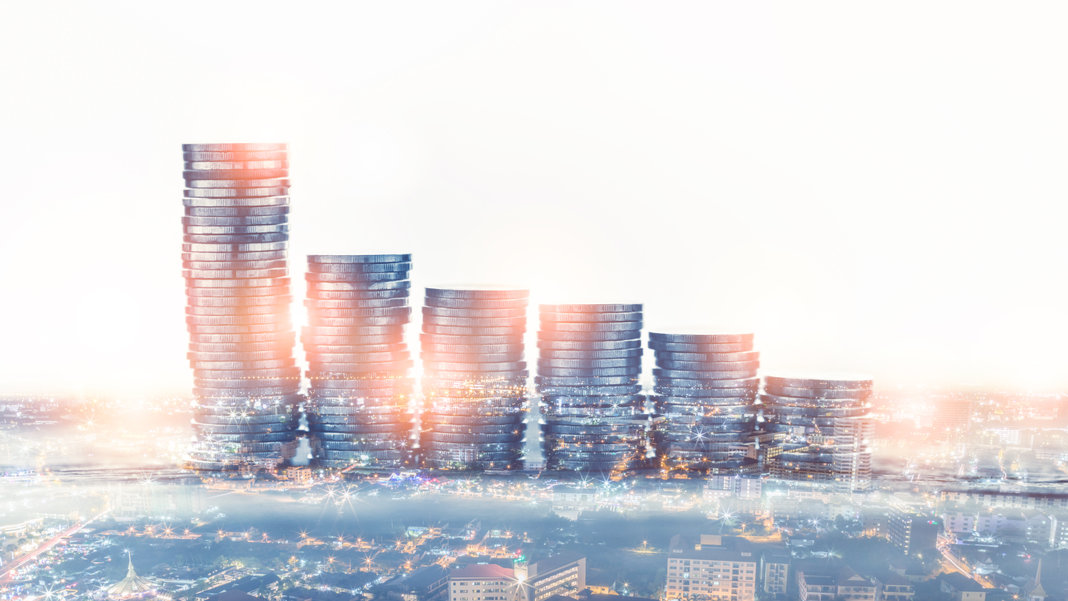 “Our assumptions about how economies function no longer seem to hold true entirely because of exponential technology.”

In what he calls exponential economics or “exonomics,” Toufani breaks the tech-driven changes happening in the modern economy into seven pillars: people, property, production, price, power, policy, and prosperity.

Toufani pointed out that exonomics’ ultimate goal is to connect people and prosperity, and he shared his thoughts on how to do so.

The democratizing effect of information technology is enabling small teams to have an outsized impact. He showed a graph of collaboration app Slack’s user growth, and it’s practically a vertical line. A few years old, Slack reaches millions of users, many of whom pay for the service, and was recently valued upwards of $9 billion.

The kicker? Slack was created by a team of 12 software developers. And it’s far from the only such example.

But what about people who aren’t creating apps?

Toufani also noted how the internet is fueling what he calls nano-economics. This is the gig economy, where freelancers find work through platforms and take gigs for payment of $5 or less.

“The smallest unit of work has shrunk,” he said. “And this is great. It means more people can behave entrepreneurially and be exposed to the upside and also the downside of the market.”

But there’s a challenge. Net productivity has risen steadily over the last 40 years, while hourly compensations have stayed mostly flat. This gap is reflected by the Gini Coefficient, which measures inequality—the US figure went from 37.7 in 1986 to 41.1 in 2013.

“So, are we headed towards exponential inequality? Potentially. This is something we need to pay attention to,” Toufani said. “We need to think about how economies function, how businesses function, and what our individual strategies should be.”

Technology is changing the dynamics of ownership for everything from cars to homes to everyday goods by giving people more choice—and we’re mostly choosing not to own as many things. On-demand ride services like Lyft make it easier to not own a car. The sharing economy means you can rent someone else’s room, office, farm equipment, or supercomputer (among other things) for as long as you need it.

Toufani predicted that when driverless cars become widespread, they’ll have an impact on real estate prices too. “People won’t mind living five or ten minutes further away, because their time spent in the car will be productive. They can read. They can rest. They can watch that movie. Then the supply of viable real estate goes up. Demand is the same, and we could see downward pressure on price,” he said.

Or maybe they won’t opt to go into work at all, but instead attend meetings in virtual reality—virtual worlds themselves offer entirely new “digital” things to own.

Amazon is the world’s largest retailer, and they don’t have any inventory. Airbnb is the largest hospitality company, and they own zero hotels. And money no longer seems to be the core asset for banking—solid infrastructure for the flow of money is becoming more important.

When thinking about production, Toufani urges business owners to ask themselves, “What are the things we hold to be core to our business that, in light of exponential change, might no longer be as necessary or even relevant?”

Production costs are going down, and the common denominator across various platforms is that they’re enabling people and companies to share things, services and time they have in excess and that they’re not utilizing.

Pretty much since the beginning of business, the intersection of supply and demand have determined price. “Not anymore,” Toufani said. “The marginal cost of supply and the cost of creating one more unit of product or service has gone down, some would argue all the way to zero. You can price discriminate, and the entire area under the supply curve is beginning to be serviceable.”

Toufani noted that many of the companies that have entered the S&P 500 since 2002 are platforms rather than traditional product or service businesses. To move from traditional business to a platform model, he said, “You need to think about the lives of your competitors and find ways to make their lives easier.”

While you may forego the profitability of your product or service by doing so, you establish yourself as a de facto standard on a given platform and enjoy more market power over the long-term as a result.

That’s why companies like Google and Tesla have taken intellectual property they spent millions of dollars developing and released it to the public—for free. No one can argue that either of these companies lack market power.

When a product that increases GDP (by creating more demand for itself) and a product that disrupts an entire supply chain (by replacing it with something more efficient) are in competition, which product will policymakers usually support?

The one that will increase GDP, of course, because it will help the economy grow.

Toufani calls this the growth fallacy. “Most of our policy makers are tunnel-visioned on GDP as the best measure of the economic well-being of a society,” he said. But destroying an entire supply chain isn’t a bad thing, because it will be replaced with a superior version of itself.

Disruptive technologies by definition do just that—disrupt. We need to find policy models that encourage disruption rather than treating it negatively.

“I met three prime ministers last year and I can tell you, none of them are ready for this world and the implications for our societies,” he said.

Toufani concluded by telling the audience that 10,000 years of economic history come down to one thing: adding certainty to an uncertain world. He said, “There’s no better measure of certainty in our lives than this: for the first time in human history, extreme poverty levels have fallen below 20 percent.”

People around the world are being lifted out of poverty, and though it’s happening “a little too slow for my taste,” he said, it’s an encouraging and directionally correct trend—and it’s accelerating.

The organizations that will continue to create prosperity and help this trend will have the following characteristics: they’ll manage fewer people but more information, opt to be platforms instead of ofering specific products and services, and will have less stability but still manage to generate more revenue and higher impact.

“The truth is,” Toufani said, “I’m very optimistic about this future. But there’s one area that I worry about, and that is a crisis of imagination. The biggest risk is not thinking big enough.”