6 Things Quantum Computers Will Be Incredibly Useful For 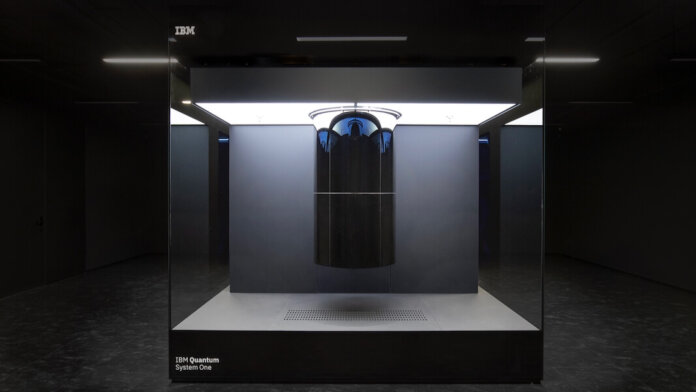 Computers don’t exist in a vacuum. They serve to solve problems, and the type of problems they can solve are influenced by their hardware. Graphics processors are specialized for rendering images; artificial intelligence processors are made for AI; and quantum computers are designed for…what?

While the power of quantum computing is impressive, it does not mean that existing software simply runs a billion times faster. Rather, quantum computers have certain types of problems which they are good at solving, and those which they aren’t. Below are some of the primary applications we should expect to see as this next generation of computers becomes commercially available.

A primary application for quantum computing is artificial intelligence. AI is based on the principle of learning from experience, becoming more accurate as feedback is given, until the computer program appears to exhibit “intelligence.”

This feedback is based on calculating the probabilities for many possible choices, and so AI is an ideal candidate for quantum computation. It promises to disrupt every industry, from automotive to medicine, and it’s been said AI will be to the twenty-first century what electricity was to the twentieth.

Another example is precision modeling of molecular interactions to find the optimum configurations for chemical reactions. Such “quantum chemistry” is so complex that only the simplest molecules can be analyzed by today’s digital computers.

Chemical reactions are quantum in nature as they form highly entangled quantum superposition states. But fully-developed quantum computers would not have any difficulty evaluating even the most complex processes.

Google has already made forays in this field by simulating the energy of hydrogen molecules. The implication of this is more efficient products, from solar cells to pharmaceutical drugs, and especially fertilizer production; since fertilizer accounts for two percent of global energy usage, the consequences for energy and the environment would be profound.

Most online security currently depends on the difficulty of factoring large numbers into primes. While this can presently be accomplished by using digital computers to search through every possible factor, the immense time required makes “cracking the code” expensive and impractical.

Quantum computers can perform such factoring exponentially more efficiently than digital computers, meaning such security methods may eventually become obsolete. New cryptography methods are being developed, though it may take time: in August 2015 the NSA began introducing cryptography methods that would resist quantum computers, and in April 2016 the National Institute of Standards and Technology began a public evaluation process for quantum-resistant algorithms lasting four to six years.

There are also promising quantum encryption methods being developed using the one-way nature of quantum entanglement. City-wide networks have already been demonstrated in several countries, and Chinese scientists recently announced they successfully sent entangled photons from an orbiting “quantum” satellite to three separate base stations back on Earth.

Modern markets are some of the most complicated systems in existence. While we have developed increasingly sophisticated scientific and mathematical tools to address this, these still suffer from one major difference from other scientific fields: there’s no controlled setting in which to run experiments.

To solve this, investors and analysts have turned to quantum computing. One immediate advantage is that the randomness inherent to quantum computers is congruent to the stochastic nature of financial markets. Investors often wish to evaluate the distribution of outcomes under an extremely large number of scenarios generated at random.

Another advantage quantum offers is that financial operations such as arbitrage may require many path-dependent steps, the number of possibilities quickly outpacing the capacity of a digital computer.

NOAA chief economist Rodney F. Weiher claims (PDF) that nearly 30 percent of the US GDP ($6 trillion) is directly or indirectly affected by weather, impacting food production, transportation, and retail trade, among others. The ability to better predict the weather would enormously benefit many fields, not to mention allow more time to take cover from disasters.

While this has long been a goal of scientists, the equations governing such processes contain many, many variables, making classical simulation lengthy. As quantum researcher Seth Lloyd pointed out, “Using a classical computer to perform such analysis might take longer than it takes the actual weather to evolve!” This motivated Lloyd and colleagues at MIT to show that the equations governing the weather possess a hidden wave nature which are amenable to solution by a quantum computer.

Director of engineering at Google Hartmut Neven also noted that quantum computers could help us build better climate models. Such models would help us more accurately forecast future warming and better plan for its effects. The United Kingdom’s national weather service Met Office has already begun investing in such innovation.

Coming full circle, a final application of this exciting new physics might be… studying exciting new physics. Models of particle physics are often extraordinarily complex, confounding pen-and-paper solutions and requiring vast amounts of computing time for numerical simulation. This makes them ideal for quantum computation, and researchers have already been taking advantage of this.

Researchers at the University of Innsbruck and the Institute for Quantum Optics and Quantum Information (IQOQI) recently used a programmable quantum system to perform such a simulation. Published in Nature, the team used a simple version of quantum computer in which ions performed logical operations, the basic steps in any computer calculation. This simulation showed excellent agreement compared to actual experiments of the physics described.

“These two approaches complement one another perfectly,” says theoretical physicist Peter Zoller. “We cannot replace the experiments that are done with particle colliders. However, by developing quantum simulators, we may be able to understand these experiments better one day.”

Investors are now scrambling to insert themselves into the quantum computing ecosystem, and it’s not just the computer industry: banks, aerospace companies, and cybersecurity firms are among those taking advantage of the computational revolution.

While quantum computing is already impacting the fields listed above, the list is by no means exhaustive, and that’s the most exciting part. As with all new technology, presently unimaginable applications will be developed as the hardware continues to evolve and create new opportunities.