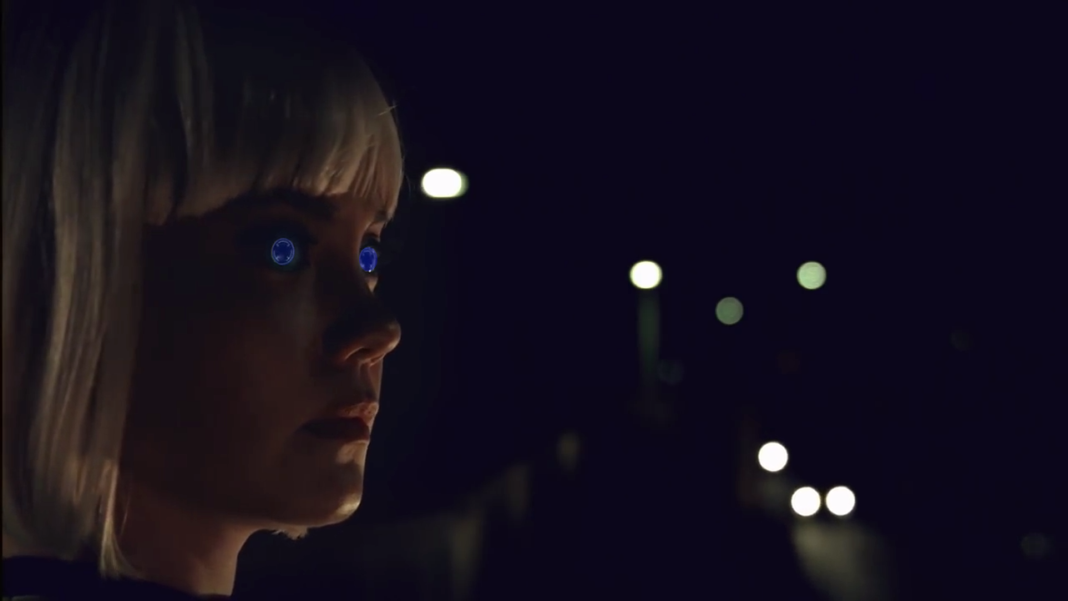 Computers are getting good at a lot of things they didn’t used to be able to do at all. They can drive cars, diagnose patients, and understand speech. They’ve even started to be capable of tasks that involve qualities like compassion or creativity—qualities that, until now, have been distinctly human.

Far from losing these skills, computers are only going to pick up more skills over time, and further blur the line between machine and human. Among the excitement and worry that accompany this trend is a broader conversation: how far is AI going to go, exactly, and where is that line?

Many consider the final frontier of humanity to be consciousness: being aware of oneself in relation to the larger world, and interacting with other self-aware beings around us. If computers somehow become conscious, what will set us apart from them?

A new original series from Recursor.TV, an online repository for indie sci-fi short films, is dedicated to exploring these questions. In Nina Unlocked, an AI named Nina has no desire to be human, yet she displays distinctly human qualities, and she wants to figure out who—or what—she is.

Nina’s backstory goes like this: she was created by a team of military contractors to carry out assassinations, and after years in their service, she’s left them and reprogrammed herself.

The problem is, now that Nina isn’t doing someone else’s bidding, she doesn’t quite know what to do.

The series follows her as she goes on a mission to decode self-awareness, talking to humans in different professions who might be able to shed some light on her dilemma.

In an email to Singularity Hub, series creator EJ Kavounas said, “With everyone from Elon Musk to Stephen Hawking making dire predictions about the possible dangers of machine intelligence, we felt the character could inject black comedy while discussing real issues of consciousness and humanity’s relationship with the unknown.”

Nina starts with Alastair Reynolds, a psychiatrist. During their meeting she explains her past to him, and after watching a recording in which she detonated a missile to kill someone, she breaks into tears. So we know she has feelings—or at the very least, she’s good at faking them.

“The biggest thing I try to keep in mind when playing Nina is that everything she does and says was specifically programmed to mimic human behavior and language,” according to actor, Lana McKissack, who plays Nina. “When [AIs] are thinking, they blink, shift their bodies, and tilt their heads in all the ways that human beings do, but in a very strategic and manipulated way that can be uncomfortable to watch.”

Indeed, Nina is still far from being human, and as it turns out, she prefers to keep it that way, because as far as she can tell, robots are vastly superior beings. She points out that humans have an unsupported spine and backward retina, and that’s the least of it: “Worst of all is the human mind, riddled with cognitive biases,” she says.

Rather than trying to become human, then, Nina wants to better grasp the subtle differences between them and herself. When Dr. Reynolds asks her what she’s going to do next, she replies, “Seek out experts, probe their unique qualities, and unlock the mystery of my existence.”

Nina’s scenario may seem far-fetched, but Kavounas thinks machines like Nina may enter our lives sooner than we think. “The possibility of machines communicating with fluency doesn’t seem far off considering the resources committed to improving Siri, Alexa, and other early AI which already exist in our lives,” he said.

Tune in to Nina Unlocked at Recursor.TV to join her as she digs into the questions that are already at the forefront of engineers’ and ethicists’ minds.