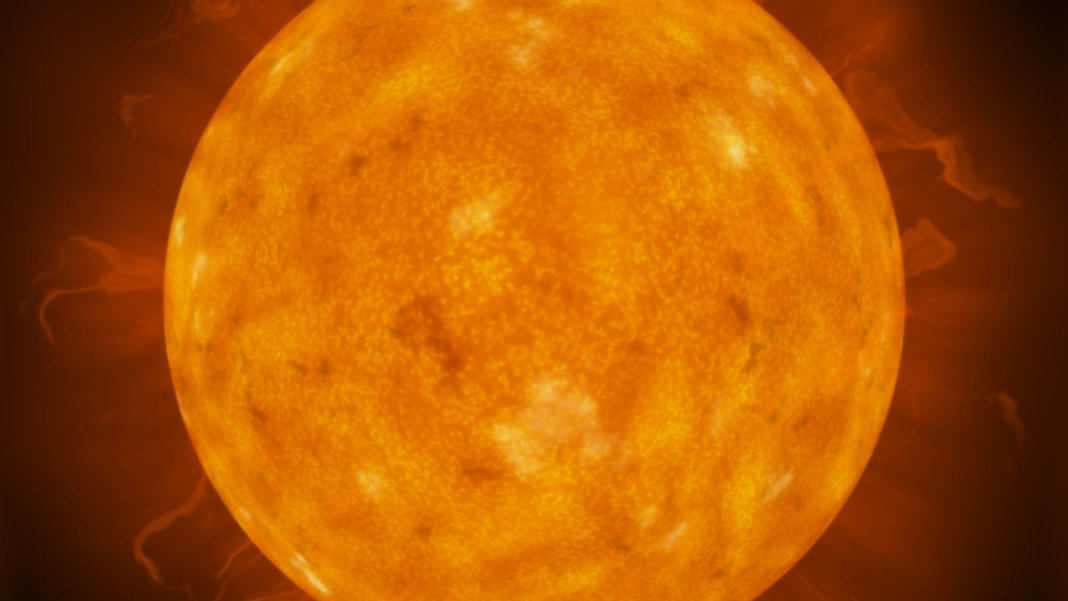 Yet the fact remains that when an MIT spin-out startup, Commonwealth Fusion Systems, promises to have a working fusion reactor in the next 15 years, there is a mismatch between promise and expectation. The promise: cheap, clean, limitless energy, a solution to the crisis of fossil fuels and climate change. MIT’s press release exults “potentially an inexhaustible and zero-carbon source of energy.”

The only problem: we’ve heard this a few times before. Is anything different now?

Another great cliché about fusion energy: “The idea is simple; you put the sun in a bottle. The only problem is building the bottle.” Nuclear fusion powers the stars, but it requires incredibly hot and dense conditions in plasma to work.

A vast amount of energy can be released when two light nuclei fuse together: deuterium-tritium fusion, the type pursued by the ITER experiment, releases 17.6 MeV per reaction, over a million times more energy per molecule than you get from blowing up TNT. But to release this energy, you need to overcome immense electrostatic repulsion between the nuclei, which are both positively charged. The strong force takes over at short distances and causes fusion, releasing all that energy, but you need to get the nuclei very close together—femtometers apart. This can happen in stars due to the immense gravitational pressure from the material, but it’s a little trickier on Earth.

For a start, you will struggle to find materials that won’t be badly damaged by temperatures of hundreds of millions of degrees Celsius.

Plasma is made up of charged particles; matter with electrons have been stripped away. This means it can be contained by a magnetic field that can twist the plasma into a circle. Twists and kinks in the magnetic field can allow the plasma to compress as well. In the 1950s and 1960s, a whole generation of devices with exotic-sounding nicknames—the Stellarator, the Perhapsatron, the Z-Pinch—were being developed. But the plasma they contained was unstable. Plasma itself generates electromagnetic fields; it can be described by the fiendishly complicated theory of magnetohydrodynamics. Slight deviations or imperfections on the surface of the plasma grew wildly out of control. These devices didn’t work as expected.

A device invented in the Soviet Union, the tokamak, offered greatly improved performance. At the same time, the laser was invented, allowing for a new type of fusion to occur—inertial confinement fusion.

Here, you don’t aim to contain the plasma for a sustained burn through magnetic fields, but compress it explosively with lasers for a small amount of time. But inertial confinement experiments suffered from similar instabilities. Experiments have been conducted since the 1970s, and perhaps one day the idea will work—but the biggest one to date, the National Ignition Facility in Livermore, California, has not yet “broken even,” that is, produced more energy than is required to run it.

The hopes of the world for fusion mostly rest with ITER, the construction of the world’s largest-ever tokamak for magnetic confinement fusion.

The project hopes to ignite plasma for 20 minutes to produce 500 MW of power with 50 MW nominal input. Full fusion experiments are scheduled for 2035, but issues with the international collaboration between the US, the USSR (as was), Japan, and Europe have meant that the project is delayed and over-budget, costing €13 billion and 12 years late already. This is not uncommon for projects that require vast construction of complex scientific facilities; similar problems have plagued previous fusion reactors.

The official ITER timeline has the first fusion reactor that will work as a power plant, with ignition and sustained burn—DEMO—scheduled for 2040, or perhaps 2050. In other words, fusion power is 20 years away. The trend has been to try to address instabilities and tokamak problems by constructing ever-bigger power plants; ITER will be bigger than JET in Culham, the world’s largest working tokamak, and DEMO will presumably be bigger still.

Over the years, several teams have hoped to beat the international collaboration to the punch with smaller designs. It’s not just a question of speed, but of practicality; if a fusion reactor really takes billions of dollars and decades to build, can it ever compete economically? Who will pay that initial capital cost? It may be the case that if fusion requires tokamaks this big, some combination of solar and storage will be cheaper than fusion by the time it works. Some of these designs—see the furor around “cold fusion” and “bubble fusion”—have been pathological science, where experimental results were incorrect or, perhaps in some cases, falsified.

Others are more legitimate attempts. Startups with novel fusion reactor designs—or, in some cases, revived versions of older attempts—are beginning to appear.

Tri Alpha hopes to fire clouds of plasma at each other in a design similar to the Large Hadron Collider, then confine the fusing plasma in a magnetic field for long enough to break even and generate power. They have achieved the required temperatures and confinement of plasma for a few milliseconds, and they’ve also seen over $500 million in venture capital funding from Goldman Sachs and Microsoft’s Paul Allen, amongst others.

Lockheed Martin’s Skunk Works team, famous for unveiling its secret projects, made waves in 2013 by announcing they were working on a compact fusion reactor, producing 100 MW and about the size of a jet engine. At the time, they said a prototype would be ready in five years. Naturally, they didn’t reveal too many details about the design. They’ve been scarce since, although in 2016 they confirmed they were still funding the project, and the announcement was met with skepticism by many from the mainstream fusion community.

It’s in this context, with a range of smaller alternatives to ITER starting to crop up, that the MIT researchers are throwing their hats into the ring. Bob Mumgaard, CEO of Commonwealth Fusion Systems, stated: “The aspiration is to have a working power plant in time to combat climate change. We think we have the science, speed, and scale to put carbon-free fusion power on the grid in 15 years.”

MIT’s new venture is sticking with the tokamak design, as they have done in the past. Their device, SPARC, would hope to produce 100 MW of power in 10-second confinement pulses. Getting energy from fusion in pulses has been achieved before, but of course the real symbolic and scientific goal is to break even.

The special sauce, then, is newly available high-temperature superconducting magnets (HTSCs) made of yttrium barium copper oxide. Given that HTSCs can produce higher magnetic fields for the same temperature, it may be possible to compress the plasma with less input power, a smaller magnetic apparatus, and to achieve fusion conditions in a device 1/65th the volume of ITER. This, at any rate, is the plan. They hope to have the superconducting magnets constructed in the next three years. Preliminary calculations using reactor systems code have, in the past, suggested that HTSCs could make fusion energy cheaper and perhaps cost-competitive in the future.

The researchers are optimistic: “Our strategy is to use conservative physics, based on decades of work at MIT and elsewhere,” says Martin Greenwald, deputy director of MIT’s Plasma Science and  Fusion Centre. “If SPARC does achieve its expected performance, my sense is that’s sort of a Kitty Hawk moment for fusion, by robustly demonstrating net power, in a device that scales to a real power plant.”

There are many other designs and startups that similarly promise to circumvent the ever-ballooning tokamaks and budgets of the international collaboration. It’s hard to say whether any of the dark horses will prove to have the secret ingredient for fusion, or whether ITER, with the weight of the scientific community and government funding, will win out. And even then, it’s harder to say if, or when, fusion will become the superlative energy source that those who work on it (and write press releases) dream of. I wish everyone attempting to make this dream a reality the very best of luck. But if there’s one thing we’ve learned from the last 70 years of attempts, it’s that fusion is hard. I wouldn’t bet on a timeline.