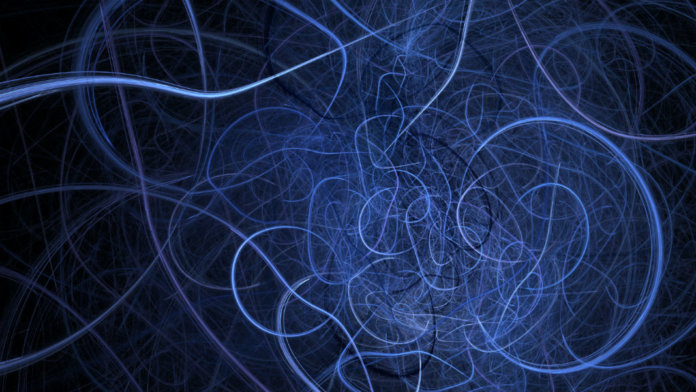 From tunneling through impenetrable barriers to being in two places at the same time, the quantum world of atoms and particles is famously bizarre. Yet the strange properties of quantum mechanics are not mathematical quirks—they are real effects that have been seen in laboratories over and over.

One of the most iconic features of quantum mechanics is “entanglement”—describing particles that are mysteriously linked regardless of how far away from each other they are. Now three independent European research groups have managed to entangle not just a pair of particles, but separated clouds of thousands of atoms. They’ve also found a way to harness their technological potential.

When particles are entangled they share properties in a way that makes them dependent on each other, even when they are separated by large distances. Einstein famously called entanglement “spooky action at a distance,” as altering one particle in an entangled pair affects its twin instantaneously—no matter how far away it is.

While entanglement may sound wacky, experiments have been able to show that it exists for many years now. It also has the potential to be exceptionally useful—particles linked in this way can be used to transfer a particle’s quantum state, such as spin, from one location to another immediately (teleportation). They can also help store a huge amount of information in a given volume (super-dense coding).

Along with this storage capacity, entanglement can also help link and combine the computing power of systems in different parts of the globe. It is easy to see how that makes it a crucial aspect of quantum computation. Another promising avenue is truly secure communications. That’s because any attempt to interfere with systems involving entangled particles immediately disrupts the entanglement, making it obvious that a message has been tampered with.

It is also possible to use entangled photons to enhance the resolution of imaging techniques. Researchers at the University of Waterloo are currently hoping to develop a quantum radar that may be capable of detecting stealth aircraft.

Delivering on the promises of entanglement-based technologies, however, is proving to be difficult. That’s because entanglement is a very fragile phenomenon. Experiments on entanglement typically produce individual pairs of particles. However, single particles are difficult to detect accurately, and they are often lost or obscured by background noise. So the task of producing them in entangled states, manipulating them in the ways required for useful operations, and finally using them, is often daunting.

This is where the new research, published in three papers in Science (you can read them here, here, and here), has made a significant breakthrough. Instead of taking single particles and entangling them one at a time, the researchers begin with an ultra-cold gas—a collection of thousands of atoms. These are cooled to within a hair’s breadth of absolute zero, the lowest temperature possible.

When confined in a small volume, atoms in such a cloud become indistinguishable from each other, forming a new state of matter known as a Bose-Einstein condensate. The atoms in the cloud now behave collectively—they are entangled. Scientists first discovered this state of matter in 1995, earning them the Nobel Prize in Physics in 2001. Although it has been known for some time that this method entangles thousands of atoms simultaneously, no one had demonstrated a technique to actually make use of it—until now.

The researchers behind the new study showed that you can split these clouds into groups and still preserve the quantum connection between the atoms inside. They did this by releasing the atoms from their confined space and using a laser to split it and measure the properties of distant parts of the expanded cloud.

The researchers speculate that the methods developed could be expanded to allow every atom from the cloud to be used independently—if this were achieved, then there would be huge benefits for quantum computing. In digital computing, information is processed as ones and zeros, binary digits (or bits). The analog to these in quantum computing are known as qubits. The current record for producing qubits one-by-one in entangled states for ions (charged atoms) is just 20, so producing thousands of qubits simultaneously in a cloud like this would represent a huge advancement.

Another field that will benefit from this breakthrough is metrology, the science of ultra-precise measurements. When entanglement is established between two particles or systems, measurements made on one half reveal information about the other. This allows parameters to be measured with greater sensitivity than would otherwise be possible. Using entanglement in this way could improve the accuracy of atomic clocks and with it the global position system (GPS), or make more sensitive detectors for MRI machines, for example.

Understanding and harnessing quantum effects, such as entanglement, will allow new technologies to be developed that have capabilities beyond anything we possess today. This is why there is so much excitement behind research in the field of quantum technology and why the advancements made in this new research are so important. 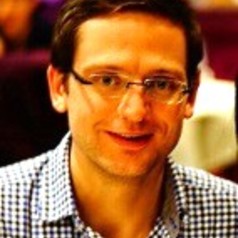 Robert Younghttp://qopto.com/
My primary focus throughout my research has been on the nascent field of Quantum Information Processing. Currently quantum cryptography, the exploitation of the laws of quantum mechanics to guarantee secure communication, is the only commercial QIP application to exploit individual quanta. In this regard QIP is little more developed than digital communication was following the invention of Morse code. I think that QIP will change the role of information in our lives, in much the same way that digital information has.
RELATED