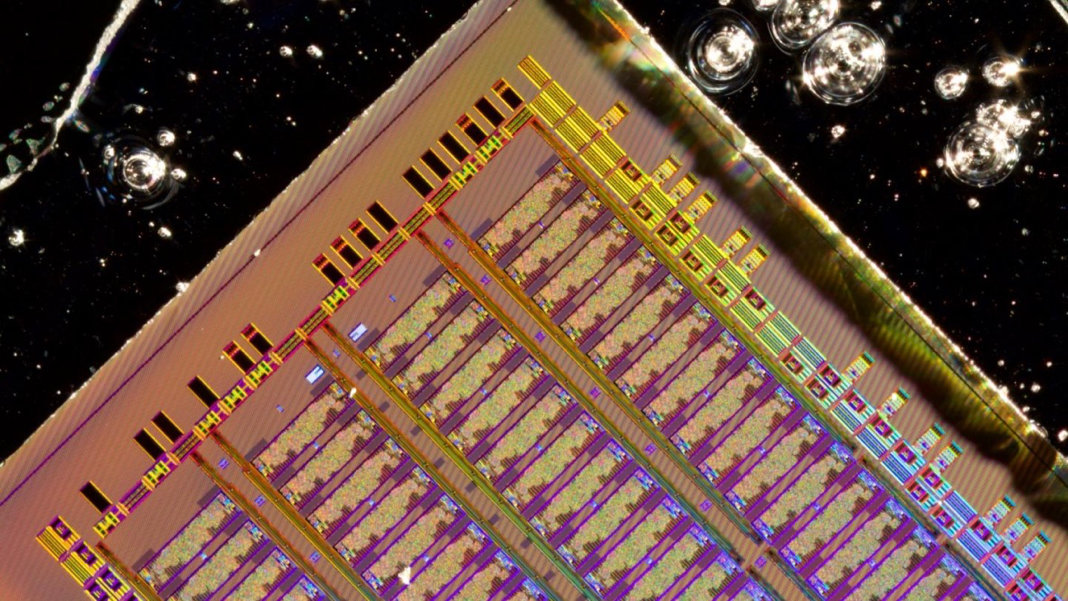 Optical communication has revolutionized long-distance data transfer, but scaling it down to microchips is tougher. Now, though, a new technique means optical components can be integrated into general purpose chips using standard manufacturing processes and materials.

Light can carry data faster than electrical connections, which makes it highly attractive to chipmakers eager to boost the speeds of their devices. And, unlike electrical wiring, it also generates very little heat, which is significant when you consider the enormous cost of keeping servers cool.

But light cannot be manipulated the same way electricity can, and tech companies have spent the better part of a century perfecting their technology for the latter. To avoid reinventing the wheel, there has been considerable interest in silicon photonics—an attempt to use the semiconductor industry’s favorite material to create optical circuits.

There’s been some progress, but despite shared ingredients, the processes required to build electronics and photonics are different. That means combining them both on the same chip is tricky, so the few such devices created tend to be relatively simple and expensive.

That changed two-and-a-half years ago when researchers from MIT, the University of California at Berkeley, and Boston University announced they’d managed to build a microprocessor that combined electronic and optical components using existing manufacturing processes.

They built their device on “silicon-on-insulator” wafers, which feature a layer of silicon dioxide glass beneath the top silicon layer. This is the material typically used for silicon photonics and for some high performance electronic chips, but it is much more expensive than the bulk silicon used for most microchips.

Now the same researchers have unveiled a new technique in the journal Nature that allows for combined electronics and photonics using the same low-cost starting material and processes as conventional microchips. They devised a way to add islands of silicon dioxide to bulk silicon and then deposit a thin film of polycrystalline silicon on top. This film could then be fashioned into both photonic components over the glass islands and electronic components over the bulk silicon.

Aside from making it possible to use a much cheaper starting material, the new technique’s use of standard manufacturing processes means that chipmakers interested in adding photonic components to their devices won’t have to do much extra work.

“Now we could imagine a microprocessor manufacturer or a GPU manufacturer like Intel or Nvidia saying, ‘This is very nice. We can now have photonic input and output for our microprocessor or GPU.’ And they don’t have to change much in their process to get the performance boost of on-chip optics,” Amir Atabaki, a research scientist at MIT’s Research Laboratory of Electronics and one of the authors on the new paper, said in a press release.

Making both sets of components from the same material did require a bit of compromise. With polysilicon there’s a trade-off between optical and electrical efficiency so it took a fair bit of optimizing to find the right combination of silicon types, deposition techniques, and processing temperatures and time.

Writing an analysis in the same issue of Nature, Goran Mashanovich, a professor at the UK’s University of Southampton who works on silicon photonics, also notes that the microchip built by the researchers used 65-nanometer transistor processes. That technology came out in 2006 and semiconductor giants have now progressed to 10-nanometer processes, so the approach’s success is likely to depend on whether it can be further scaled down.

Nonetheless, the technique is likely to have considerable implications for the semiconductor industry. Startup Ayar Labs has already managed to commercialize the team’s 2015 research, signing a deal with chip giant GlobalFoundries in late 2017 to produce an optical input-output system due to launch next year.

Ayar Labs is targeting power-hungry data centers where implementation of the new, lower-cost method could cut power use by 30 to 50 percent. They also have an eye toward boosting the speed and efficiency of supercomputers.

There’s still no indication of how soon the researchers’ new bulk silicon approach could be commercialized, but it could have an even bigger impact as it can leverage the low costs and massive supply chain of the existing semiconductor industry. Silicon photonics could be coming soon to a device near you.