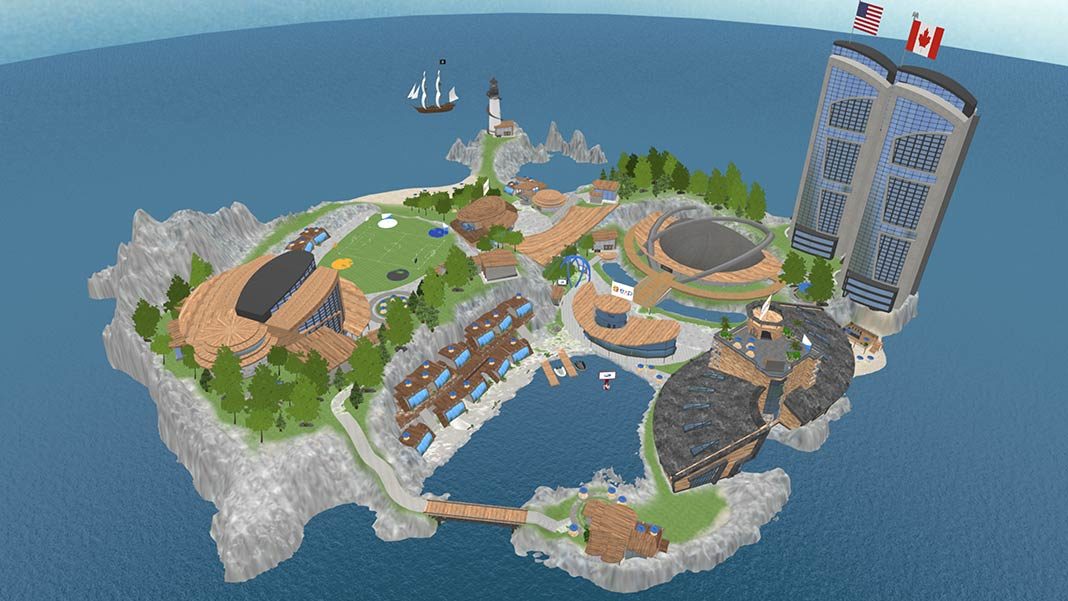 Born during the aftermath of the financial meltdown a decade ago, a publicly-traded real estate brokerage called eXp Realty is establishing itself as one of the brightest rising companies in its industry—and one of the most creative users of digital technology today.

By several measures, the company is experiencing a moment of true exponential growth.

Since last October, eXp Realty’s stock price has surged more than 300 percent, and this year the company announced they had doubled their number of real estate agents in just seven months. At the beginning of the year, they had roughly 6,500 brokers, but today they have over 12,000 operating in more than 300 markets across the US and Canada. This pace of growth is unprecedented for a single national brokerage and almost unthinkable for a real estate company not structured as a collection of local franchises.

This past May, eXp Realty marked a critical turning point by moving its listing from a penny stock exchange to the Nasdaq—a major signal of market legitimacy. The move was an immediate success, as their market capitalization crossed $1 billion on the first day of trading.

In the world of real estate, as Brad Inman puts it, “the company has gone viral.”

Incredibly, this growth is largely the result of eXp Realty’s use of an online virtual world similar to Second Life. That means every employee, contractor, and the thousands of agents who work at the company show up to work—team meetings, training seminars, onboarding sessions—all inside a virtual reality campus.

To be clear, this is a traditional real estate brokerage helping people buy and sell physical homes—but they use a virtual world as their corporate offices.

Except for a small leased space in Bellingham, Washington, which acts as a de facto storage closet with filing cabinets and an official address (technically their headquarters), and a few empty locations where a physical address is mandated, there’s not a single office building associated with the business.

“The virtual campus is a big part of our growth engine. If we were to have the constraints of physical offices, the growth we’ve had simply wouldn’t be possible,” Scott Petronis, chief technology officer of eXp Realty, told me in an interview for Singularity Hub.

In what was one of the more fascinating interview settings I’ve yet experienced, Petronis invited me for a conversation at his executive office inside the virtual campus. After downloading “eXp World” (built by the California-based company VirBELA) onto my laptop, my avatar spawned into the virtual campus, where I waited for someone to greet me.

Staring down at my computer screen, I saw busy-looking avatars shuffling to and from what I imagined were important meetings. I also found myself passing the awkward waiting moments feeling uncomfortable wandering around unsupervised. Just like I would in a real-world office, I experienced the social pressures of a visiting guest waiting for my host to receive me.

After a few moments, Petronis and his assistant came to greet me, and using my arrow cursors I walked my avatar behind them towards another part of campus, next to a lake where employees apparently take leisure rides on virtual speed boats.

Once settled inside Petronis’s office, we sat face-to-face as avatars around a meeting table for what felt like a far more immersive phone conversation. It felt like I was physically there with him. To start, I was primarily curious to understand why a real estate company, of all businesses, would decide to forgo the use of physical offices. It turns out that economic catastrophe can breed the most inventive displays of business resiliency.

Glenn Sanford, eXp Realty’s founder and CEO, started the company almost ten years ago, when the market had crumbled just after the real estate collapse of 2007. Given that Sanford simply couldn’t afford office space, he looked to redesign the way his team worked remotely—plus he hoped to avoid disaster if another meltdown occurred.

He decided to turn to some of the cloud-based business tools that were only just emerging for the first time. Sanford integrated services like Google Apps for Work (now G Suite), which includes collaboration services like Google Docs and spreadsheets. Later he would add Trello, a project management tool, and Slack for internal communications.

With the foundation of remote collaboration embedded in the company’s DNA, Sanford grew his business without physical buildings. Then, three years ago, VirBELA was hired to build an office space—in virtual reality.

According to Petronis, real estate agents use offices in the same way everyone else does. They need desks, phones, printers, and a place to bring clients for sales meetings. But real estate professionals in particular need a space to network, collaborate, and conduct training seminars.

“Training is a major part of our industry, and you need somewhere to do that,” Petronis emphasized. The problem Sanford faced, and one every brokerage faces, is that the cost to run an office can become a crippling line item on the monthly expenses.

“Typically for a brokerage business to grow, you need to go and find an office, fill it up with agents who bring in the revenue to pay for that office, before you can go and build another one. This is why you don’t see a lot of national real estate brokerages, because the cost is so incredibly high,” says Petronis.

One benefit the VR campus provides eXp Realty is that they can grow by hiring almost anyone they want; employees just need access to the internet. The executive management team, for example, operate the business from remote corners of the US: the CEO is in Washington, the COO is in Scottsdale, Arizona, the CFO is in Reno, Nevada, and Petronis, the CTO, is in upstate New York. Petronis himself manages a team of employees and contractors throughout the US, Canada, Germany, the Netherlands, and India.

“Our people can collaborate and feel like they are really there together. They can have this experience like they are at an office, standing at a whiteboard, and can really have what is almost like a face-to-face conversation,” he said.

Today, almost no one at eXp Realty is using VR hardware due to the cost, though the campus does function with the use of the latest headsets. Even on a 2D computer screen, though, you can walk around, stand next to people, and replicate the sensation of occupying physical space with other people.

That means Petronis is also confronted with managing the oddities of organizational behaviors, how people interact, and the social norms that unfold in a virtual world. It’s not entirely clear, for example, how an HR policy for sexual harassment might function on a virtual campus. He has also noticed that users logged into the world typically focus only on work, and don’t necessarily stop to chat or socialize with colleagues they might see there.

“We’re experimenting with the socialization aspects this environment has available and those are things we’re grappling with. Of course people are saying ‘let’s put in a bar,’ and we’ll be testing out a number of those different scenarios to promote more social engagement.”

If they do decide to build a bar, it won’t take months to wait for a construction crew to renovate; they can add one with the click of a software update, and can redesign the layout of the entire campus or swap out the lake for a hiking trail while they’re at it.

So far, the usage numbers suggest that almost three quarters of the 12,000-person company are using the virtual campus every month. By any estimate, that’s a significant amount of saved fuel from thousands of employees driving to and from an office building. The carbon footprint of the company might be comparatively lower than almost any other billion-dollar business in the world.

Going forward, Petronis is confident that other remotely-managed teams would benefit from the use of a virtual campus, and he expects interest in the technology to grow.

For now, though, eXp Realty remains light years ahead of everyone in terms of leveraging virtual reality in this way.