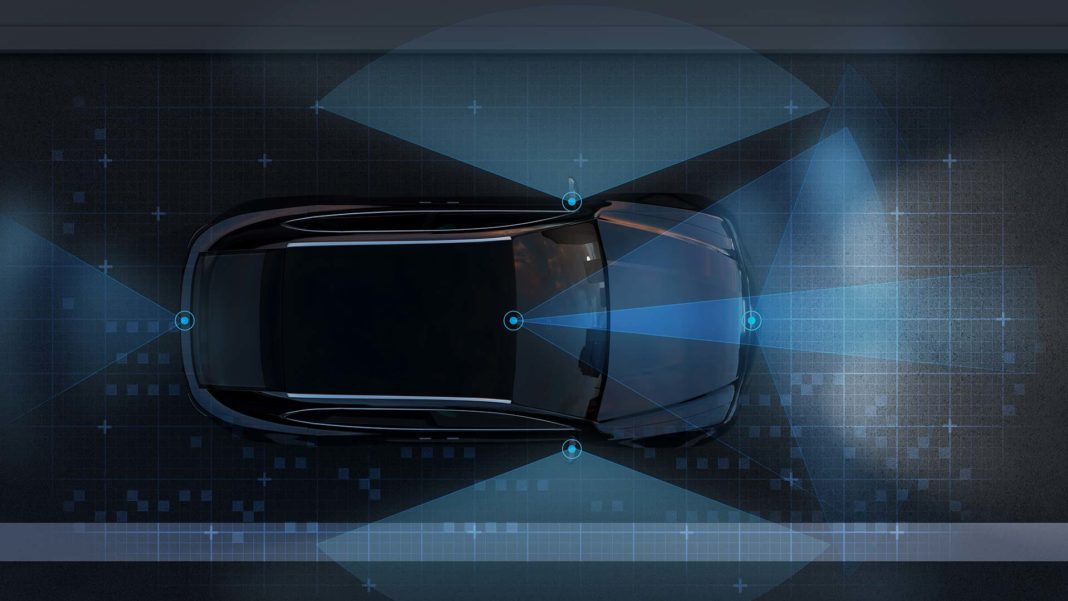 This week, Lyft announced they’d hit the milestone of their 5,000th self-driving commercial ride. The company has a fleet of autonomous cars in Las Vegas that mostly shuttle riders between different hotels on the strip. Even more exciting for Lyft—and for the future of transportation—is that the robot drivers received an average rating of 4.96 stars out of 5. It will take a while for people to get fully comfortable with driverless vehicles, but it seems they’re off to a decent start.

Raj Kapoor, Lyft’s chief strategy officer and business head of autonomous driving, shared this news in a presentation at Singularity University’s Global Summit. He went on to tell the audience what’s happening on the front lines of autonomous transportation, and what he sees as the biggest problems in the field that need solving.

The root of most of those problems is this: our cities are built around cars instead of around people, and there are direct as well as indirect consequences. Almost 80 percent of commuters drive to work alone—that’s a lot of gasoline, a lot of road space, a lot of parking, and a lot of human hours being used up.

Exhibit A—an outrageous 14 percent of the county of Los Angeles is now devoted to parking.

“The other piece that is not often talked about is the link of transportation to escaping poverty,” Kapoor said. A 2015 study by Harvard economists found that people are far more likely to get employed if they have access to safe and affordable transportation, showing stronger ties between transportation and social mobility than between mobility and factors like crime rates or family circumstances.

The average annual cost of owning a car is around $8,500. Outside of whether that’s cheap or expensive, the bigger issue is that the vast majority of cars are only used 4 percent of the time; 96 percent of the time, they’re left sitting. “This is something that we feel has to change,” Kapoor said. “Forget about the enabling technologies for a second. Those are exciting. But it’s the problem that’s really exciting.”

The challenge for Lyft and other transportation startups is to solve this problem in a way that also improves all the dismal statistics about accidents, carbon emissions, road congestion, and insufficient public transit. That’s a pretty tall order.

Kapoor believes part of the solution will come in the form of a shift away from car ownership and towards transportation as a service. “We’ve already seen it happen in movies,” he said. “We’re seeing it happen in music. We think the shift [in transportation] is also eventually to a subscription service.” Lyft is currently testing subscription models in different parts of the US. It’s not just transit companies that will reap the rewards of this shift—a 2017 report from think tank RethinkX predicted households that get rid of their cars will save a minimum of $5,600 a year.

In spite of this, Kapoor said, and in spite of the fact that in 2017 around 250,000 Lyft users ditched their cars, Lyft and Uber rides combined currently make up only 0.5 percent of all miles traveled in the US. To up that proportion to truly disruptive levels, here’s what will need to happen.

Rides Need to Be Shared

Besides just being used four percent of the time, most cars are also only using a fraction of their space during that time—one seat out of five. In big cities where Lyft operates, shared rides make up about 35 percent of the market, and the company’s goal is to up that to 50 percent in the next two years.

Cars Need to Be Electric and Autonomous

Besides being better for the environment, Kapoor pointed out, electric cars also have far fewer moving parts than combustion engines, which makes for lower maintenance costs and a longer estimated vehicle life. And, he said, “We don’t have the chicken or egg problem, because we know where all the rides are. We don’t have to wait for a charging infrastructure—we’ll build the infrastructure we need to make this happen.”

He also believes switching to autonomous cars will solve multiple consumer needs. Self-driving cars will eventually be safer, as most accidents are caused by human error, and more reliable; “You know the robot driver’s not going to take a detour, get lost, or stop to go to the bathroom. The ETAs are going to get more precise,” Kapoor said. Driverless rides will also be more affordable, as 50 percent or more of the cost is the driver.

Finally, people are going to start thinking about rides as an experience, not just a way to get from A to B. An autonomous car that’s specially designed for rider experiences—like a work car, with a built-in desk, or a sleep car, with a comfy couch—will be more comfortable, pleasant, and cleaner than human-driven cars (ever climbed in a car where the floor is littered with fast food wrappers and empty water bottles? Or one that stinks of cologne or cigarette smoke? Or one whose driver insists on blasting heavy metal music? Yeah, we’ll be able to wave goodbye to all that).

Providers Need to Understand Every City

So how will autonomous cars learn to safely navigate so much different terrain?

“We believe that in order for a vehicle to successfully navigate, it needs to understand every city. And every city is different,” Kapoor said. To work towards that understanding, Lyft is utilizing a fleet of cars enabled with vision. The cars take in all the scenarios around them, and the company then catalogs those scenarios, putting them into a histogram of frequency. “It’s a massive undertaking,” he said.

Companies Need to Work With Cities

No matter how popular rideshares get, public transportation’s not going anywhere. Kapoor pointed out that trains can move about 50,000 passengers per hour, while roads can move about 2,000. “We’re never going to beat it,” he said. “It is a part of what we need as well, to get large groups of people from point A to point B. We need to embrace it. We think we can help it with smart first-mile, last-mile solutions.”

However, a redefined future of transportation means cities’ revenues will change, and in the short run they’ll likely decline. LA, for example, brings in over $100 million of revenue annually from DMV fees, parking fees, gas tax, and traffic violations. Cities won’t happily kiss all that revenue goodbye, and citizens need it, too, since some of it goes to schools, infrastructure, and services like police. Infrastructure itself will also have to change to accommodate, for example, more pickups and dropoffs, and a decreased need for parking.

Lyft hopes to work on all these issues in concert with the cities where it operates. “You can’t be fighting the city,” Kapoor said. “You need to work with the city, and make it work for everyone that’s there.”

Riding Into the Future

Besides disrupting city revenues and infrastructure, the advent of electric self-driving rideshares will have massive second-order effects. “Insurance, auto loans, used cars, rentals—all those things will be impacted to the tune of two trillion dollars in the US alone,” Kapoor said.

Lyft, Uber, and other companies trying to get a piece of the future transportation market certainly have their work cut out for them. But they’ve got a good amount of time, too; Kapoor made it clear that the transition to the future he painted will be very gradual. “It’s going to be city by city, block by block,” he said. Autonomous vehicles will slowly get smarter over time, regulations will slowly adjust to accommodate them, and people will slowly become less afraid of and more comfortable riding in them.

After all the problem-solving that will need to happen to make this a reality, Kapoor believes the end result will be overwhelmingly positive. He concluded, “Cities are going to be re-defined around people rather than around cars—and we’re very excited about that.”