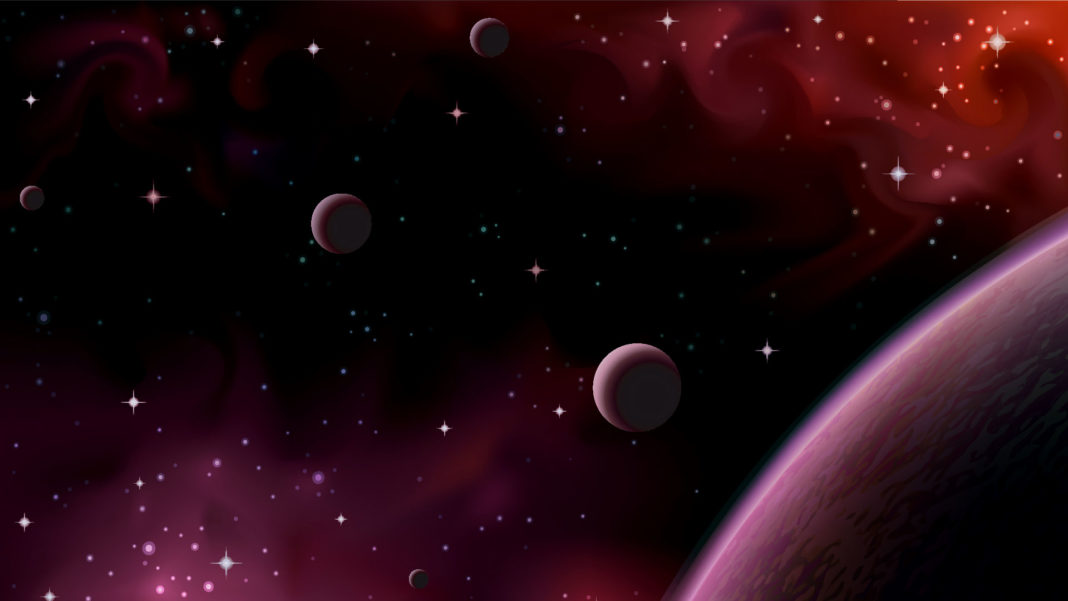 Artificial intelligence in space exploration is gathering momentum. Over the coming years, new missions look likely to be turbo-charged by AI as we voyage to comets, moons, and planets and explore the possibilities of mining asteroids.

“AI is already a game-changer that has made scientific research and exploration much more efficient. We are not just talking about a doubling but about a multiple of ten,” Leopold Summerer, Head of the Advanced Concepts and Studies Office at ESA, said in an interview with Singularity Hub.

The history of AI and space exploration is older than many probably think. It has already played a significant role in research into our planet, the solar system, and the universe. As computer systems and software have developed, so have AI’s potential use cases.

The Earth Observer 1 (EO-1) satellite is a good example. Since its launch in the early 2000s, its onboard AI systems helped optimize analysis of and response to natural occurrences, like floods and volcanic eruptions. In some cases, the AI was able to tell EO-1 to start capturing images before the ground crew were even aware that the occurrence had taken place.

Other satellite and astronomy examples abound. Sky Image Cataloging and Analysis Tool (SKICAT) has assisted with the classification of objects discovered during the second Palomar Sky Survey, classifying thousands more objects caught in low resolution than a human would be able to. Similar AI systems have helped astronomers to identify 56 new possible gravitational lenses that play a crucial role in connection with research into dark matter.

AI’s ability to trawl through vast amounts of data and find correlations will become increasingly important in relation to getting the most out of the available data. ESA’s ENVISAT produces around 400 terabytes of new data every year—but will be dwarfed by the Square Kilometre Array, which will produce around the same amount of data that is currently on the internet in a day.

AI is also being used for trajectory and payload optimization. Both are important preliminary steps to NASA’s next rover mission to Mars, the Mars 2020 Rover, which is, slightly ironically, set to land on the red planet in early 2021.

An AI known as AEGIS is already on the red planet onboard NASA’s current rovers. The system can handle autonomous targeting of cameras and choose what to investigate. However, the next generation of AIs will be able to control vehicles, autonomously assist with study selection, and dynamically schedule and perform scientific tasks.

Throughout his career, John Leif Jørgensen from DTU Space in Denmark has designed equipment and systems that have been on board about 100 satellites—and counting. He is part of the team behind the Mars 2020 Rover’s autonomous scientific instrument PIXL, which makes extensive use of AI. Its purpose is to investigate whether there have been lifeforms like stromatolites on Mars.

“PIXL’s microscope is situated on the rover’s arm and needs to be placed 14 millimetres from what we want it to study. That happens thanks to several cameras placed on the rover. It may sound simple, but the handover process and finding out exactly where to place the arm can be likened to identifying a building from the street from a picture taken from the roof. This is something that AI is eminently suited for,” he said in an interview with Singularity Hub.

AI also helps PIXL operate autonomously throughout the night and continuously adjust as the environment changes—the temperature changes between day and night can be more than 100 degrees Celsius, meaning that the ground beneath the rover, the cameras, the robotic arm, and the rock being studied all keep changing distance.

“AI is at the core of all of this work, and helps almost double productivity,” Jørgensen said.

Mars is likely far from the final destination for AIs in space. Jupiter’s moons have long fascinated scientists. Especially Europa, which could house a subsurface ocean, buried beneath an approximately 10 km thick ice crust. It is one of the most likely candidates for finding life elsewhere in the solar system.

While that mission may be some time in the future, NASA is currently planning to launch the James Webb Space Telescope into an orbit of around 1.5 million kilometers from Earth in 2020. Part of the mission will involve AI-empowered autonomous systems overseeing the full deployment of the telescope’s 705-kilo mirror.

The distances between Earth and Europa, or Earth and the James Webb telescope, means a delay in communications. That, in turn, makes it imperative for the crafts to be able to make their own decisions. Examples from the Mars Rover project show that communication between a rover and Earth can take 20 minutes because of the vast distance. A Europa mission would see much longer communication times.

Both missions, to varying degrees, illustrate one of the most significant challenges currently facing the use of AI in space exploration. There tends to be a direct correlation between how well AI systems perform and how much data they have been fed. The more, the better, as it were. But we simply don’t have very much data to feed such a system about what it’s likely to encounter on a mission to a place like Europa.

Computing power presents a second challenge. A strenuous, time-consuming approval process and the risk of radiation mean that your computer at home would likely be more powerful than anything going into space in the near future. A 200 megahertz processor, 256 megabytes of ram, and 2 gigabytes of memory sounds a lot more like a Nokia 3210 (the one you could use as an ice hockey puck without it noticing) than an iPhone X—but it’s actually the ‘brain’ that will be onboard the next rover.

David Chew works as an engineer for the Japanese satellite company Axelspace. He explained how private companies are pushing the speed of exploration and lowering costs.

“Many private space companies are taking advantage of fall-back systems and finding ways of using parts and systems that traditional companies have thought of as non-space-grade. By implementing fall-backs, and using AI, it is possible to integrate and use parts that lower costs without adding risk of failure,” he said in an interview with Singularity Hub.

Further into the future, moonshots like terraforming Mars await. Without AI, these kinds of projects to adapt other planets to Earth-like conditions would be impossible.

Autonomous crafts are already terraforming here on Earth. BioCarbon Engineering uses drones to plant up to 100,000 trees in a single day. Drones first survey and map an area, then an algorithm decides the optimal locations for the trees before a second wave of drones carry out the actual planting.

As is often the case with exponential technologies, there is a great potential for synergies and convergence. For example with AI and robotics, or quantum computing and machine learning. Why not send an AI-driven robot to Mars and use it as a telepresence for scientists on Earth? It could be argued that we are already in the early stages of doing just that by using VR and AR systems that take data from the Mars rovers and create a virtual landscape scientists can walk around in and make decisions on what the rovers should explore next.

One of the biggest benefits of AI in space exploration may not have that much to do with its actual functions. Chew believes that within as little as ten years, we could see the first mining of asteroids in the Kuiper Belt with the help of AI.

“I think one of the things that AI does to space exploration is that it opens up a whole range of new possible industries and services that have a more immediate effect on the lives of people on Earth,” he said. “It becomes a relatable industry that has a real effect on people’s daily lives. In a way, space exploration becomes part of people’s mindset, and the border between our planet and the solar system becomes less important.”