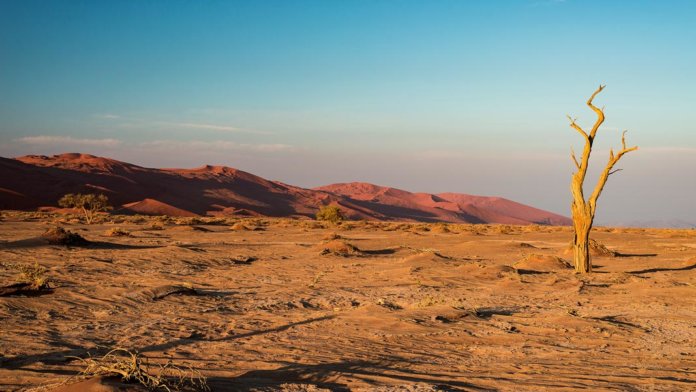 Silicon Valley’s premier tech incubator, Y Combinator, has decided to take on climate change. They’ve put out a call for proposals for technology that can suck CO2 from the air in the hope of reversing our seemingly inexorable march towards a catastrophic 2°C increase in global temperatures.

An incubator that became famous for spawning internet-based unicorns like AirBnB, DropBox, and Stripe is not the most obvious vehicle for supporting next-generation geoengineering approaches. But with sluggish action on climate change, they’ve decided to bring Silicon Valley’s disruptive potential to bear on carbon sequestration technology.

The call comes hot on the heels of the IPCC’s recent warning that we need to limit warming to 1.5°C rather than 2°C to avoid serious adverse effects. And with growing pessimism around efforts to curb emissions, most scenarios in the report suggest we will need to combine dramatic expansion in renewable energy with removal of huge amounts of CO2 from the atmosphere.

In announcing the new initiative, the company concedes that the approaches they plan to support are not, and should not be, our Plan A. But they argue that we’re already past the point where clean energy can tackle climate change by itself, so we need to start preparing our plan B.

Some of the ideas verge on science fiction at this stage, as Y Combinator admits. But their aim is not to commercialize ideas that already exist; rather, they want to fund improbable moonshots with a high likelihood of failure but potentially massive returns. To that end, they’ve identified four research areas that fit that mold.

Plants are the planet’s best carbon-fixers, but huge swathes of the ocean are almost entirely devoid of them. That’s largely due to a lack of key nutrients required to carry out photosynthesis, so the idea is to either use fleets of ships to fertilize these areas or genetically engineer phytoplankton so it doesn’t require the nutrients.

The former would be an enormous bioengineering challenge, while the latter would be a logistical nightmare. In either scenario, the organisms would likely need to be engineered to convert CO2 into a stable form of carbon, like a bioplastic, to prevent it re-entering the carbon cycle when they die.

Nature is already sequestering about one billion metric tons of CO2 every year through a process called mineral weathering, in which rocks react with CO2 to create carbon-storing minerals that eventually wash into the ocean. We could dramatically accelerate that process by using renewable energy to carry out electrolysis on saline water, which produces both hydrogen fuel and a highly reactive solution that can trap CO2 in minerals.

The hydrogen produced in the process means roughly half the energy used by the process can be recovered—but the main problem is that at scale, this would be a huge drain on already-scant clean energy.

A plethora of microbes can convert CO2 into other useful compounds, but they’re also busy doing all the other stuff required to support life, so this process isn’t as efficient as we might like. If we could isolate the enzymatic pathways responsible, though, it could be possible to create bioreactors containing carefully-designed enzyme systems that can efficiently suck CO2 from the air and potentially even use it to make valuable chemicals.

The main limitation with this idea is that we currently have almost no idea how to do this in a stable way at sufficient scale. Nonetheless, rapid growth in synthetic biology technology means we already have most of the basic tools required to hand, and they’re rapidly improving.

In the same way much of the ocean is doing little to help us extract CO2 from the atmosphere, the 10 percent of the world that is desert also represents huge tracts of land free of carbon-fixing vegetation. Creating millions of 1km2 shallow oases that could support algal beds could not only suck up emissions, but also potentially make these areas habitable.

The benefit is that almost all the technological parts are in place already. But it would take trillions of dollars and the biggest infrastructure project the world has ever seen to make it a reality.

It’s clear that most of these ideas are long shots, but that is where Y Combinator has made its name. But in this case the risks aren’t only to investors. Releasing genetically-engineered algae into the ocean, pumping our seas full of minerals, or transforming deserts into networks of oases could have unpredictable effects.

Geoengineering by its very essence is a Faustian bargain—reshaping the planet’s ecosphere on a scale large enough to suck gigatons of CO2 out of the air is inevitably going to have knock-on effects. But whether Silicon Valley’s mantra of “move fast and break things” is the best guiding principle when thinking about the trade-offs is questionable.

Given the limited funding available for negative emissions technology, money could well be better spent on improving more established approaches. A recent report from the National Academies that assessed a host of more established carbon capture technologies found significant barriers, such as unsustainable land use or unreasonable costs, but suggested that sustained government investment could overcome many of these issues.

The accountability that comes with public-sector-led efforts may also be important when it comes to technologies that could dramatically reshape the world we live in. The question remains, though, whether there is the will and the means for governments to push the development of this technology fast enough.

It’s also important to recognize the danger of presenting policymakers with the promise of a ‘get out of jail free’ card. That may slow their attempts to reduce emissions despite the fact that the effectiveness and scalability of all these methods is far from established.

At the end of the day, though, broad inaction on climate change from governments around the world means that any attempt to find a solution, no matter how radical, needs to be applauded. And if Y Combinator can create a climate change unicorn, more power to them.