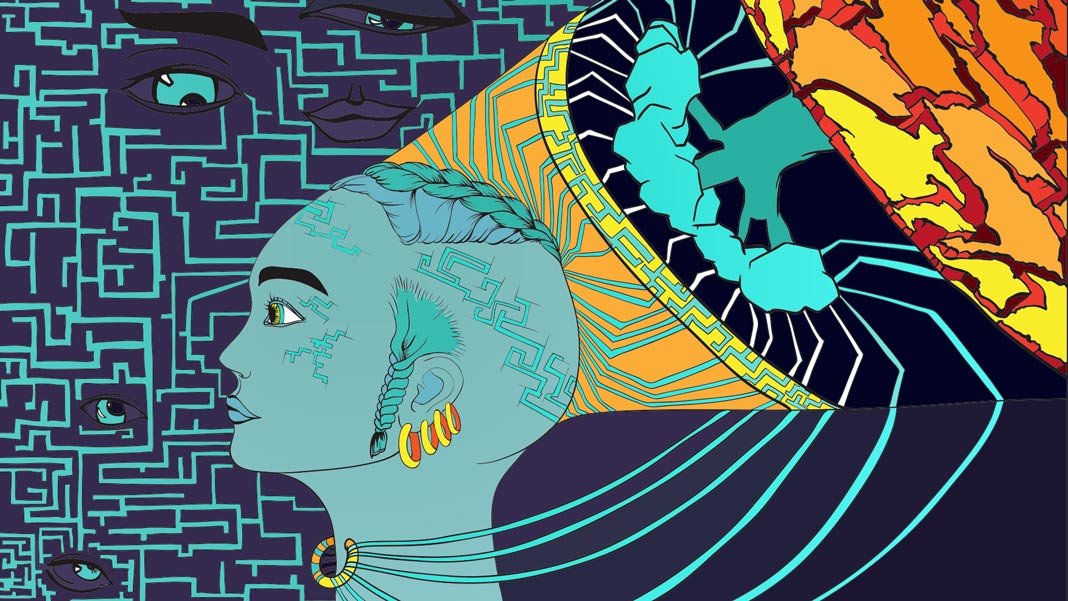 Dr. Been Kim wants to rip open the black box of deep learning.

A senior researcher at Google Brain, Kim specializes in a sort of AI psychology. Like cognitive psychologists before her, she develops various ways to probe the alien minds of artificial neural networks (ANNs), digging into their gory details to better understand the models and their responses to inputs.

The more interpretable ANNs are, the reasoning goes, the easier it is to reveal potential flaws in their reasoning. And if we understand when or why our systems choke, we’ll know when not to use them—a foundation for building responsible AI.

There are already several ways to tap into ANN reasoning, but Kim’s inspiration for unraveling the AI black box came from an entirely different field: cognitive psychology. The field aims to discover fundamental rules of how the human mind—essentially also a tantalizing black box—operates, Kim wrote with her colleagues.

In a new paper uploaded to the pre-publication server arXiv, the team described a way to essentially perform a human cognitive test on ANNs. The test probes how we automatically complete gaps in what we see, so that they form entire objects—for example, perceiving a circle from a bunch of loose dots arranged along a clock face. Psychologist dub this the “law of completion,” a highly influential idea that led to explanations of how our minds generalize data into concepts.

Because deep neural networks in machine vision loosely mimic the structure and connections of the visual cortex, the authors naturally asked: do ANNs also exhibit the law of completion? And what does that tell us about how an AI thinks?

The law of completion is part of a series of ideas from Gestalt psychology. Back in the 1920s, long before the advent of modern neuroscience, a group of German experimental psychologists asked: in this chaotic, flashy, unpredictable world, how do we piece together input in a way that leads to meaningful perceptions?

The result is a group of principles known together as the Gestalt effect: that the mind self-organizes to form a global whole. In the more famous words of Gestalt psychologist Kurt Koffka, our perception forms a whole that’s “something else than the sum of its parts.” Not greater than; just different.

Although the theory has its critics, subsequent studies in humans and animals suggest that the law of completion happens on both the cognitive and neuroanatomical level.

Take a look at the drawing below. You immediately “see” a shape that’s actually the negative: a triangle or a square (A and B). Or you further perceive a 3D ball (C), or a snake-like squiggle (D). Your mind fills in blank spots, so that the final perception is more than just the black shapes you’re explicitly given.

Neuroscientists now think that the effect comes from how our visual system processes information. Arranged in multiple layers and columns, lower-level neurons—those first to wrangle the data—tend to extract simpler features such as lines or angles. In Gestalt speak, they “see” the parts.

Then, layer by layer, perception becomes more abstract, until higher levels of the visual system directly interpret faces or objects—or things that don’t really exist. That is, the “whole” emerges.

Inspired by these classical experiments, Kim and team developed a protocol to test the Gestalt effect on feed-forward ANNs: one simple, the other, dubbed the “Inception V3,” far more complex and widely used in the machine vision community.

The main idea is similar to the triangle drawings above. First, the team generated three datasets: one set shows complete, ordinary triangles. The second—the “Illusory” set, shows triangles with the edges removed but the corners intact. Thanks to the Gestalt effect, to us humans these generally still look like triangles. The third set also only shows incomplete triangle corners. But here, the corners are randomly rotated so that we can no longer imagine a line connecting them—hence, no more triangle.

To generate a dataset large enough to tease out small effects, the authors changed the background color, image rotation, and other aspects of the dataset. In all, they produced nearly 1,000 images to test their ANNs on.

“At a high level, we compare an ANN’s activation similarities between the three sets of stimuli,” the authors explained. The process is two steps: first, train the AI on complete triangles. Second, test them on the datasets. If the response is more similar between the illusory set and the complete triangle—rather than the randomly rotated set—it should suggest a sort of Gestalt closure effect in the network.

Right off the bat, the team got their answer: yes, ANNs do seem to exhibit the law of closure.

When trained on natural images, the networks better classified the illusory set as triangles than those with randomized connection weights or networks trained on white noise.

When the team dug into the “why,” things got more interesting. The ability to complete an image correlated with the network’s ability to generalize.

Humans subconsciously do this constantly: anything with a handle made out of ceramic, regardless of shape, could easily be a mug. ANNs still struggle to grasp common features—clues that immediately tells us “hey, that’s a mug!” But when they do, it sometimes allows the networks to better generalize.

What’s more, remarkably similar to the visual cortex, “higher” levels of the ANNs showed more of the closure effect than lower layers, and—perhaps unsurprisingly—the more layers a network had, the more it exhibited the closure effect.

As the networks learned, their ability to map out objects from fragments also improved. When the team messed around with the brightness and contrast of the images, the AI still learned to see the forest from the trees.

“Our findings suggest that neural networks trained with natural images do exhibit closure,” the team concluded.

That’s not to say that ANNs recapitulate the human brain. As Google’s Deep Dream, an effort to coax AIs into spilling what they’re perceiving, clearly demonstrates, machine vision sees some truly weird stuff.

In contrast, because they’re modeled after the human visual cortex, perhaps it’s not all that surprising that these networks also exhibit higher-level properties inherent to how we process information.

But to Kim and her colleagues, that’s exactly the point.

“The field of psychology has developed useful tools and insights to study human brains– tools that we may be able to borrow to analyze artificial neural networks,” they wrote.

By tweaking these tools to better analyze machine minds, the authors were able to gain insight on how similarly or differently they see the world from us. And that’s the crux: the point isn’t to say that ANNs perceive the world sort of, kind of, maybe similar to humans. It’s to tap into a wealth of cognitive psychology tools, established over decades using human minds, to probe that of ANNs.

“The work here is just one step along a much longer path,” the authors conclude.

“Understanding where humans and neural networks differ will be helpful for research on interpretability by enlightening the fundamental differences between the two interesting species.”