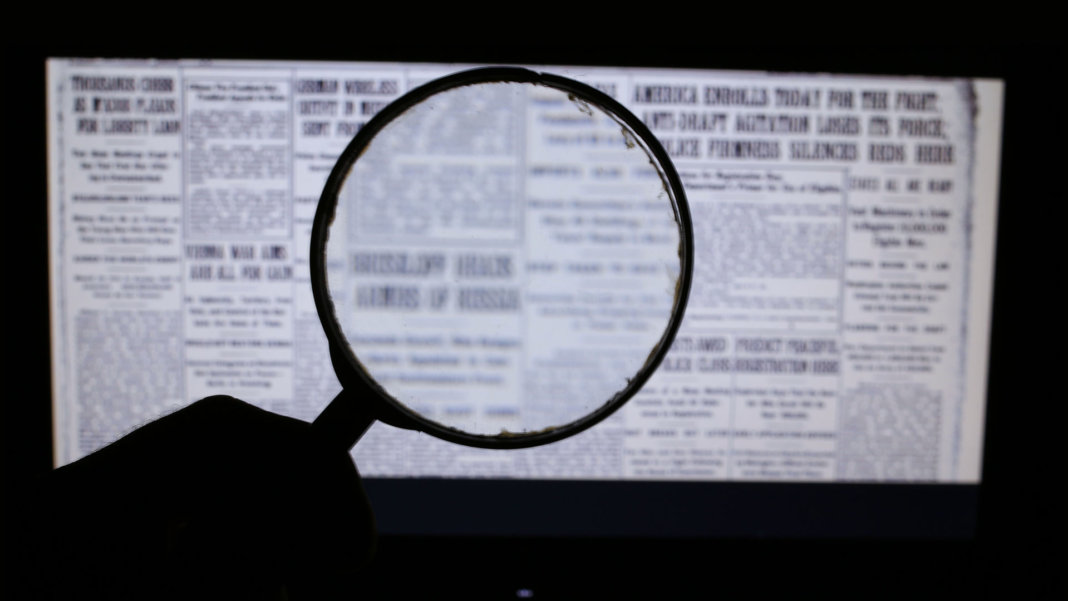 There’s an old proverb that says “seeing is believing.” But in the age of artificial intelligence, it’s becoming increasingly difficult to take anything at face value—literally.

The rise of so-called “deepfakes,” in which different types of AI-based techniques are used to manipulate video content, has reached the point where Congress held its first hearing last month on the potential abuses of the technology. The congressional investigation coincided with the release of a doctored video of Facebook CEO Mark Zuckerberg delivering what appeared to be a sinister speech.

Scientists are scrambling for solutions on how to combat deepfakes, while at the same time others are continuing to refine the techniques for less nefarious purposes, such as automating video content for the film industry.

At one end of the spectrum, for example, researchers at New York University’s Tandon School of Engineering have proposed implanting a type of digital watermark using a neural network that can spot manipulated photos and videos.

The idea is to embed the system directly into a digital camera. Many smartphone cameras and other digital devices already use AI to boost image quality and make other corrections. The authors of the study out of NYU say their prototype platform increased the chances of detecting manipulation from about 45 percent to more than 90 percent without sacrificing image quality.

On the other hand, researchers at Carnegie Mellon University recently hit on a technique for automatically and rapidly converting large amounts of video content from one source into the style of another. In one example, the scientists transferred the facial expressions of comedian John Oliver onto the bespectacled face of late night show host Stephen Colbert.

The CMU team says the method could be a boon to the movie industry, such as by converting black and white films to color, though it also conceded that the technology could be used to develop deepfakes.

While the current spotlight is on how to combat video and image manipulation, a prolonged trench warfare on fake news is being fought by academia, nonprofits, and the tech industry.

This isn’t the fake news that some have come to use as a knee-jerk reaction to fact-based information that might be less than flattering to the subject of the report. Rather, fake news is deliberately-created misinformation that is spread via the internet.

In a recent Pew Research Center poll, Americans said fake news is a bigger problem than violent crime, racism, and terrorism. Fortunately, many of the linguistic tools that have been applied to determine when people are being deliberately deceitful can be baked into algorithms for spotting fake news.

That’s the approach taken by a team at the University of Michigan (U-M) to develop an algorithm that was better than humans at identifying fake news—76 percent versus 70 percent—by focusing on linguistic cues like grammatical structure, word choice, and punctuation.

For example, fake news tends to be filled with hyperbole and exaggeration, using terms like “overwhelming” or “extraordinary.”

“I think that’s a way to make up for the fact that the news is not quite true, so trying to compensate with the language that’s being used,” Rada Mihalcea, a computer science and engineering professor at U-M, told Singularity Hub.

The paper “Automatic Detection of Fake News” was based on the team’s previous studies on how people lie in general, without necessarily having the intention of spreading fake news, she said.

“Deception is a complicated and complex phenomenon that requires brain power,” Mihalcea noted. “That often results in simpler language, where you have shorter sentences or shorter documents.”

While most fake news is still churned out by humans with identifiable patterns of lying, according to Mihalcea, other researchers are already anticipating how to detect misinformation manufactured by machines.

A group led by Yejin Choi, with the Allen Institute of Artificial Intelligence and the University of Washington in Seattle, is one such team. The researchers recently introduced the world to Grover, an AI platform that is particularly good at catching autonomously-generated fake news because it’s equally good at creating it.

“This is due to a finding that is perhaps counterintuitive: strong generators for neural fake news are themselves strong detectors of it,” wrote Rowan Zellers, a PhD student and team member, in a Medium blog post. “A generator of fake news will be most familiar with its own peculiarities, such as using overly common or predictable words, as well as the peculiarities of similar generators.”

The team found that the best current discriminators can classify neural fake news from real, human-created text with 73 percent accuracy. Grover clocks in with 92 percent accuracy based on a training set of 5,000 neural network-generated fake news samples. Zellers wrote that Grover got better at scale, identifying 97.5 percent of made-up machine mumbo jumbo when trained on 80,000 articles.

OpenAI had so feared that the platform could be abused that it has only released limited versions of the software. The public can play with a scaled-down version posted by a machine learning engineer named Adam King, where the user types in a short prompt and GPT-2 bangs out a short story or poem based on the snippet of text.

While real progress is being made against fake news, the challenges of using AI to detect and correct misinformation are abundant, according to Hugo Williams, outreach manager for Logically, a UK-based startup that is developing different detectors using elements of deep learning and natural language processing, among others. He explained that the Logically models analyze information based on a three-pronged approach.

“There is no single algorithm which is capable of doing this,” Williams wrote in an email to Singularity Hub. “Even when you have a collection of different algorithms which—when combined—can give you relatively decent indications of what is unreliable or outright false, there will always need to be a human layer in the pipeline.”

The company released a consumer app in India back in February just before that country’s election cycle that was a “great testing ground” to refine its technology for the next app release, which is scheduled in the UK later this year. Users can submit articles for further scrutiny by a real person.

“We see our technology not as replacing traditional verification work, but as a method of simplifying and streamlining a very manual process,” Williams said. “In doing so, we’re able to publish more fact checks at a far quicker pace than other organizations.”

“With heightened analysis and the addition of more contextual information around the stories that our users are reading, we are not telling our users what they should or should not believe, but encouraging critical thinking based upon reliable, credible, and verified content,” he added.

AI may never be able to detect fake news entirely on its own, but it can help us be smarter about what we read on the internet.