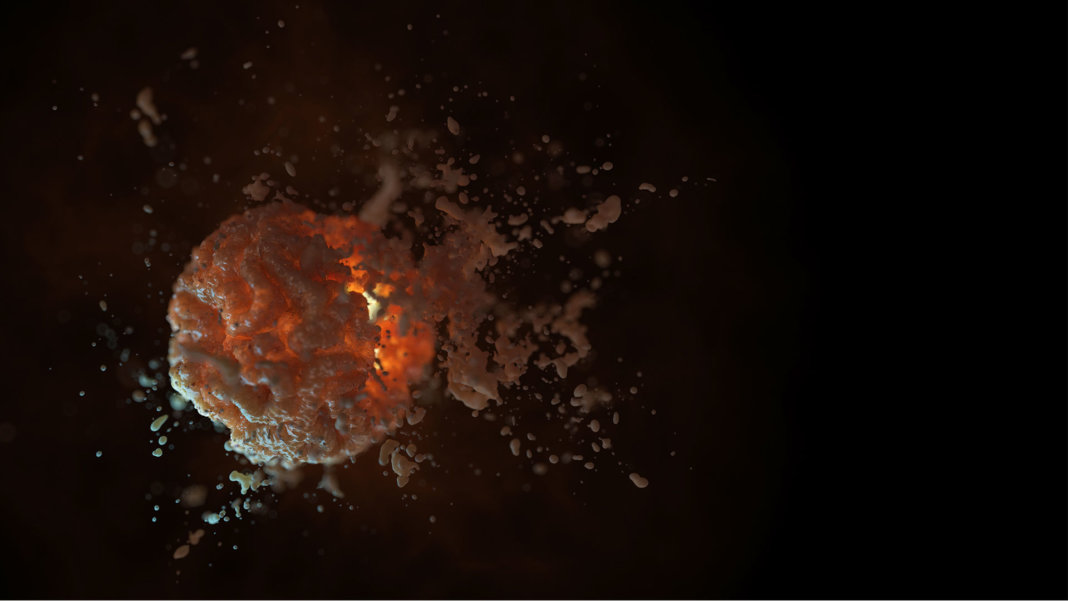 CAR-T may have made its name as the cancer breakthrough of this century, but its roots dig far back to one of humanity’s other terrifying medical nemeses: HIV.

This week, Lengtigen, a biotech company based in Gaithersburg, MD, teamed up with researchers at the Albert Einstein College of Medicine in New York to dust off a blue-sky idea inspired by people who naturally fight off HIV. What if there’s a way to recreate super-powered immune cells in the lab? And what if we could do this using the patient’s own immune cells to prevent rejection?

Described in Science Translational Medicine, the team engineered super-immune T cells that are not only resistant to HIV infection, but that can also efficiently hunt down strains widely different in their genetic makeup, including those that normally escape other treatments. Inspired by cancer CAR-T, the team engineered two artificial “claws” onto natural T cells that grab onto the surface of HIV in a death grip. In mice injected with HIV-infected human cells, the amped-up duoCAR-T cells suppressed the virus by 97 percent in their spleens—normally a sanctuary for the HIV virus to regroup and bide its time.

To Dr. Steven Deeks at UCSF, the study represents a welcomed revival of his initial push for using CAR-T against the virus three decades ago. “CAR-T cells are making massive advances in cancer, so there’s a huge rationale to expanding their use in the HIV cure effort,” he said.

Despite scientists’ best efforts, HIV has been a tough nut to crack. Antiviral therapy helps keep it silenced, but eradicating the virus altogether has been impossible. HIV’s protective shell mutates at an alarmingly high rate, making it remarkably difficult to make vaccines that grasp onto the shell. The virus is also incredibly sneaky: when attacked with anti-viral drugs, it sometimes “plays dead” to sneak past the drug’s actions. These sleeper soldiers form latent reservoirs within tissues, waiting for the perfect chance to re-activate.

So far, only two patients with HIV seem to be free of the virus. But their treatments were drastic: the patients required a full-on bone marrow transplant that replaced vulnerable immune cells with HIV-resistant ones. Wiping out HIV wasn’t even the reason for the treatments—both had blood cancers that didn’t respond to chemotherapy and required a total blood stem cell reset. Becoming HIV-free was a happy side effect. For the roughly 40 million people globally living with HIV, bone marrow transplants are not a practical solution.

At the turn of the century, Deeks turned to a wild, crazy, and new idea. He genetically altered a batch of T cells to make them a little stronger and a little better at targeting HIV. In other words, he made some CAR-Ts.

Deeks inserted a gene called CD4zeta into different types of T cells. The gene, in theory, allows immune cells to better grab onto HIV. Initially they seemed to work: the cells hung around for up to a year in 24 HIV-positive patients. But subsequent exams found that the CAR-Ts didn’t lower HIV amounts, and in fact made them more susceptible to HIV infection. Deeks’ idea, though revolutionary, didn’t pan out.

Despite the setback, CAR-T soon found another home as a breakthrough cancer treatment. Scientists found that T cells engineered with designer proteins on their surface—chimeric antigen receptors, or CARs—could better hunt down markers dotted on the outside of cancer cells. In late 2017, the FDA approved the first CAR-T therapy for certain types of blood cancer. To Deeks, the success of CAR-T and improvements in biotechnologies make it highly attractive to adopt what’s been learned in cancer back to HIV, thus “completing the circle.”

The new study built on Deeks’ experience, though the pioneer wasn’t personally involved. The team started with a simple idea: if one artificial HIV target wasn’t enough, what about two?

Although HIV cells love to change their outer makeup, all viruses contain a protein called gp120 that’s essential for their integrity. The team engineered two CARs that target separate spots on the protein, essentially forming a pair of molecular chopsticks that pinch onto gp120. The first recognizes HIV particles on infected T cells. The second stops HIV from infecting CAR-Ts by blocking the virus’s ability to interact with the super-soldiers. Because of this double-tap, explained study author Dr. Albert Goldstein, it makes it “far more difficult for HIV to mutate around the binders.”

The tag-team immediately proved highly effective in initial experiments. When added to HIV viruses in test tubes, the duoCAR-T wiped out up to 99 percent or more of HIV infection. What’s more, the cells weren’t at all picky in their targeting, efficiently killing off a handful of HIV strains from Europe, Africa, Asia, and America.

As a next proof of concept, the team tested the cells in “humanized” mice. Mice don’t usually get HIV, so to make them mimic human infection the team injected HIV-positive human cells into the mice’s spleens. Some were also given a dose of duoCAR-T.

Compared to control HIV-infected mice, the majority treated ones remained essentially HIV-free for at least 30 days, said study author Dr. Kim Anthony-Gonda. Even more impressive, the duoCAR-T cells remained healthy even faced with their normal HIV foe, suggesting that unlike Deeks’ pioneering attempt, the cells could effectively fight off the virus themselves.

From Mice to Men

Although the study only followed the infected mice for 30 days, the near-perfect results have the team’s hopes up. The data “suggest that such potent anti-HIV CAR-T cell effectors have the potential to persist long term…and maintain their anti-HIV effects,” the team concluded.

They’re putting their effort where their mouth is. Next year, the team plans to start a small trial that uses CAR-T cells in HIV-infected patients. If successful, the engineered cells should keep the virus completely suppressed even when the patients are taken off drugs, and their T cell count should remain high.

Not everyone is convinced that CAR-T is the way to go for managing HIV. Lessons in cancer therapy clearly paint a nasty picture of side effects: the immune system might hyperactivate from the cell therapy, resulting in tissue damage or even death. Another hiccup is that patients for CAR-T need a dose of chemotherapy first to kill off some natural T cells and make space for the engineered ones. Although the study didn’t find any signs of toxicity, immune or otherwise, it’s hard to predict long-term effects.

“I’m not sure this is ready for patients without malignancies,” argued Dr. Hans-Peter Kiem, a stem cell biologist at the Fred Hutchinson Cancer Research Center in Seattle, WA.

On the other hand, Dr. Judith Currier, an HIV researcher at UCLA who was not involved in the study, is impressed. We need to keep in mind that chronic HIV infection behaves differently than those just-infected, which is what the mice studies modeled, she explained. Nevertheless, the cells represent a possible new therapy for HIV infection; she said, “These are the kind of steps we need to take to overcome the barriers that HIV is putting out.”