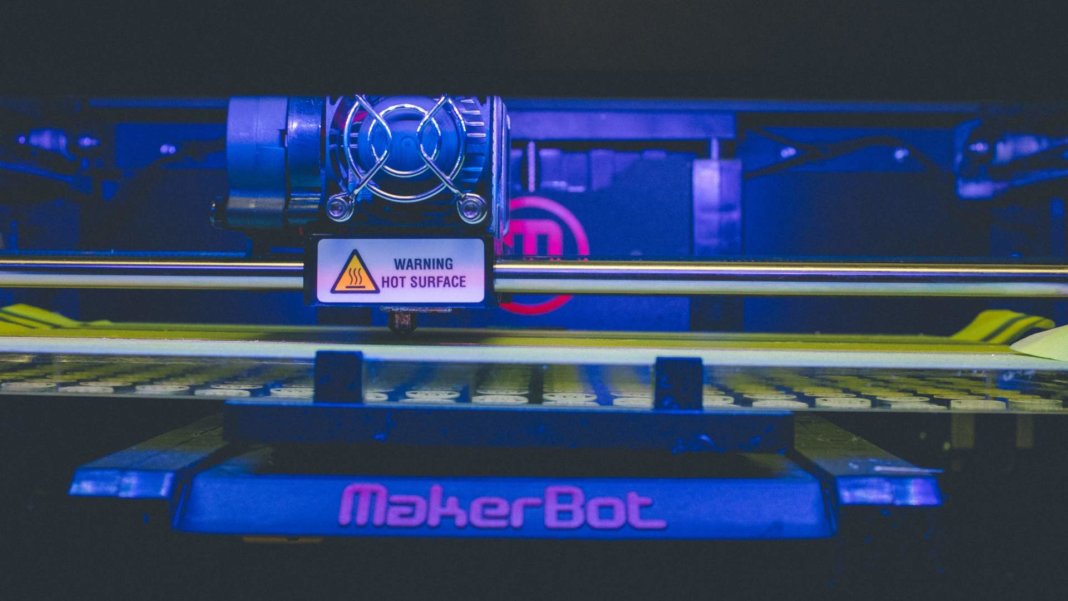 3D printing is about to transform manufacturing as we know it, decimating waste, multiplying speed to market, and harnessing never-before-used materials.

Additive manufacturing products and services are projected to more than double by 2024, just five years from today. But not only will 3D printing turn supply chains on their heads here on Earth—shifting how and who manufactures our products—but it will be the vital catalyst for making space colonies (and their infrastructure) possible.

Welcome to the 2030 era of tailor-made, rapid-fire, ultra-cheap, and zero-waste product creation… on our planet, and far beyond.

3D Printing on the ISS

Today, the most expensive supply chain in the known universe extends only 241 miles. Jutting straight up from mission control down here on Earth, this resupply network extends directly to the astronauts aboard the International Space Station (or the ISS).

Yet the supply chain’s hefty expense is due almost entirely to weight. Why? It costs $10,000 per pound just to get an object out of the Earth’s gravity well. And because it takes months for that object to actually reach the Space Station, a significant portion of the ISS’s precious real estate is taken up by storage of replacement parts.

In other words, the most expensive supply chain in history leads to the most exotic junkyard in the cosmos.

The first-ever company seeking to solve these problems, Made in Space, had the ambitious goal to build a 3D printer that works in zero gravity. And just a few years later, Made in Space is now in space. For this reason, on a 2018 ISS mission, when an astronaut broke his finger, the team no longer needed to order a splint from Earth and wait months for its arrival.

Instead, they flipped on their 3D printer, loaded in some feed stock, found “splint” in their blueprint archive, and created what they needed, when they needed it.

Successes like that of Made in Space represent a level of on-demand manufacturing capability unlike anything we’ve seen before.

But How Did We Get Here?

The original 3D printers showed up back in the 80s. They were clunky, slow, hard to program, easy to break, and worked with only one material: plastic.

Today, these machines have colonized most of the periodic table. We can now print in over 500 different materials, in full color, in metals, rubber, plastic, glass, concrete, and even in organic materials, such as cells, leather, and chocolate.

The interfaces are nearly plug-and-play simple—meaning if you can learn to use Facebook, you can probably learn to 3D print. And what we can now print is astounding. From jet engines to apartment complexes to circuit boards to prosthetic limbs, 3D printers can fabricate enormously complex devices in ever-shorter time frames.

Moreover, because objects are being built one layer at a time, customization requires nothing more than altering a digital file. Design complexity, what was once one of the most expensive components of the manufacturing process, now comes for free. And in a big win for our planet, 3D printing also cleans up the process.

In comparison, traditional manufacturing is about turning more into less. Start with a big hunk of whatever, and carve, shave, and shred your way down to the desired object. Most of what you’re producing along the way is waste.

But 3D printing turns this process on its head. By building up objects one layer at a time, the process uses 10 percent of the raw materials of traditional manufacturing.Nor is it just waste that vanishes.

The on-demand nature of 3D printers removes the need for inventory and everything that inventory requires. Other than the space required for printing materials and the printer itself, 3D printing all but erases supply chains, transportation networks, stock rooms, warehouses and all the rest.

This one development—this single exponential technology—threatens to demonetize, dematerialize, and democratize the entire $12 trillion manufacturing industry.

And once again, this development was a long time coming. Until the early 2000s, 3D printers were exceptionally pricey toys. This started to shift in 2007, when what was once a several-hundred-thousand-dollar machine became available for under $10,000.

But 2017 was the year that additive manufacturing entered its disruptive phase. By then, printing speeds had increased 150-fold, the variety of materials had increased 500-fold, and printers themselves could now be purchased for under $1,000.

As price dropped and performance increased, convergences began to arise—and this is what moves 3D printing from a manufacturing revolution to a society-wide force for change.

Take computing, for instance. A couple years back, the Israeli company Nano Dimension brought the first commercial circuit board printer to market, a development that lets designers prototype new circuit boards in hours instead of months. Since the design of circuit boards is a brake on the speed of computer development—that is, a brake on the biggest driver of technological acceleration—this convergence doesn’t just represent a revolution in computer manufacturing; it puts the pedal to the metal on an already accelerated process.

Another convergence sits at the intersection of energy and 3D printing, wherein additive manufacturing is already making batteries, wind turbines, and solar cells— three of the most expensive and important components of the renewables revolution.

And even transportation is seeing similar impacts. Engines used to be among the most complicated machines on the planet. GE’s advanced turboprop, for instance, once contained 855 individually milled components. Today, with 3D printing, it has twelve. The upside? A hundred pounds of weight reduction and a 20 percent improvement in fuel burn.

Yet another convergence involves 3D printing and biotech. The first few 3D-printed prosthetics arrived in 2010. And today, hospitals are rolling them out at scale. Just last year, for instance, a Jordanian hospital introduced a program that can fit and build a prosthetic for an amputee in only 24 hours. The price tag? Less than US$20.

And in the realm of real estate and infrastructure, the construction industry will be downright unrecognizable within just a few years.

In 2014, the Chinese company WinSun successfully 3D-printed 10 single family homes in under 24 hours, each costing less than $5000. A few months later, WinSun was at it again, printing a 5-story apartment complex in the course of a mere weekend. And in 2017, a different Chinese company combined 3D printing with modular construction to erect a 57-story skyscraper in 19 days.

But a story that might best illustrate the world-changing power of 3D printing belongs to a guy named Brett Devita.

Sickened by the tent cities he saw in Haiti after the earthquake, Devita decided to find a way to use emerging technology to provide permanent shelter for people who need it most. Forming a non-profit called New Story, he raised research capital from a group of investors known only as “the Builders” and created a solar-powered 3D printer that can work in the worst environments imaginable. Greatly democratizing the field, Devita’s printer erects a 400-800 square-foot home in 48 hours at the cost of about $4,000. But these homes aren’t bunkers—they consist of nifty modern designs complete with wrap-around porches.

And in the fall of this year (2019), New Story is starting construction of the world’s first 3D-printed community—100 homes to be given or sold (using no interest, micro-repayment loans available to anyone) to people who are currently homeless.

3D printing is not a mere paradigm shift in manufacturing. It is fundamentally democratizing access to vital resources, redefining nodes of power in contemporary supply chains, and turning wasteful production processes into closed-loop economies.

Whether a bearer of infinite organ supply or trillions of sensors, 3D printing and the production materials it unlocks will permeate every industry imaginable.

And even in some of the most barren of environments—think: lonesome planets, disaster zones, or scattered among asteroids in space—additive manufacturing is one tomorrow’s greatest conduits for converting scarcity to abundance.