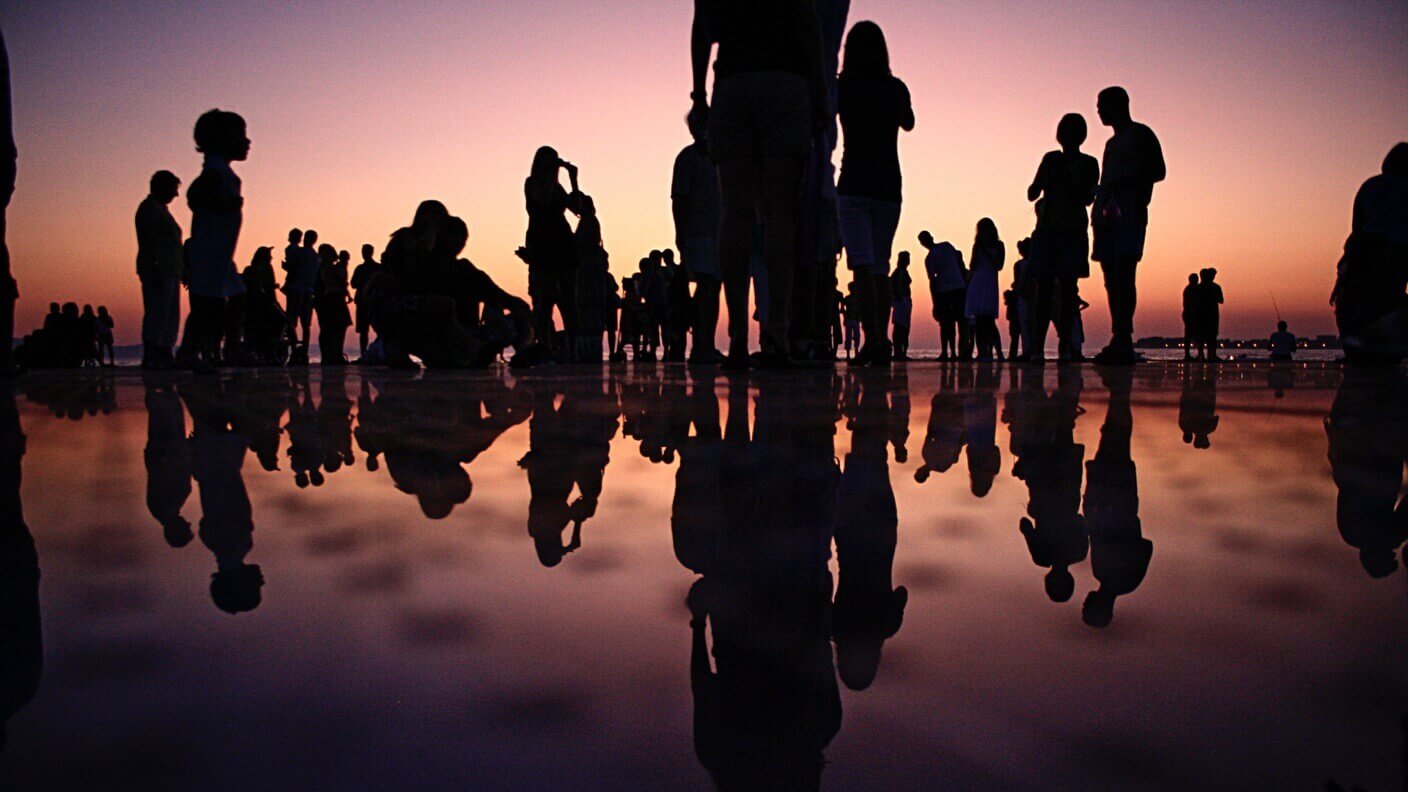 When it comes to economic development, positive change is typically gradual and only noticeable over long periods of time; by contrast negative developments—economic crises—are often rapid and spectacular. This creates a biased narrative that focuses on negative news, while positive trends go unnoticed because they are less dramatic.

Amid an atmosphere of deepening gloom about prospects for the world economy, we want to draw attention to two long-term trends that illustrate the significant progress being made by most of humanity.

Two questions are central to each human being: How long will I live? How much money will I earn? While we all approach these questions with many nuances and influencing factors (such as education, health, political stability, climate, infrastructure), almost everyone in the world wants an uplifting answer to both questions. Everyone wants to live a long, healthy, and prosperous life and most of us now actually have a credible shot at it.

For most of human history, this was not the case. People tended to die young and in poverty. However, over the last 50 years, the world has made fundamental improvements in how long people live and how much money they can spend.

As people live longer there are also more older people than in the past. The classic population pyramid (with many young and few old people) was typical only 100 years ago. Not anymore. The shape will soon look more like a rectangle, with age cohorts of approximately equal size stretching out to 80 years of life expectancy.

These demographic shifts are also reshaping the perception of age.

Historically, until about 2000 years ago, humans only lived for 30 years, which was also the typical lifespan of a forager in the savanna. But since the beginning of modern economic growth, sometime between 1850 and 1950 depending on the country, lifespans started to increase rapidly across the world. But because of the pattern of demographic change, with young cohorts expanding more rapidly than older cohorts, most people were in their formative years—children, teenagers, young and mobile. Those who were married, with a steady job and a settled lifestyle were in the minority.

This has now changed. For the first time ever, there are as many people over the age of 30 as under the age of 30, a tipping point that has profound implications for the global economy.

We have commented before on another tipping point, one that separates the poor and vulnerable from the middle class and the rich.

For the purposes of our analysis, we define poor and vulnerable people as those who live in households with a daily spending power of less than $11 per person per day (in 2011 PPP). This includes extreme poor people (living on less than $1.90 per day) and vulnerable groups (between $1.90 and $11). By contrast, middle class and rich households, who dominate global consumer spending, are defined as those who spend more than $11 per person per day. (Read this article to learn more about these definitions.)

If you apply these definitions globally you will see that 2019 was a pivotal year in global development. We are experiencing a double tipping point on both age and wealth dimensions. The world today is getting steadily older—mature, settled adults over the age of 30 are now half the population and growing. And the world is getting steadily richer—about half the world is now middle class or richer. When we combine income trends across demographic segments, we find that there are approximately 2.2 billion young and poor and the same number of old and rich people, while there are 1.6 billion young and rich and the same number of old and poor.

Combining the latest demographic and economic forecasts into the model, using a similar methodology as we use in the World Poverty Clock, we can calculate the speed at which each of these quadrants is changing.

Most countries are now going through this transition towards becoming older and richer. Each will take a different path. In Asia, countries that are already relatively rich such as South Korea and Japan, are now aging fast. China is also aging rapidly, and while it is becoming rich, its starting point of wealth is far below that of Korea or Japan. Many African countries are still trapped in the poor and young category. So, there is little uniformity across countries. Nevertheless, all countries will be facing a new world in 2030.

This world in 2030 will be mostly rich and largely old, with 8.3 billion inhabitants, some 700 million more than today. From now on, the world will have ever fewer poor people, about the same number of youth and young adults, and many more old and rich people. Over the next decade, we project that the world will add 800 million people above the age of 30, and there will be 100 million less people under the age of 30. In 2030, there will be 1.8 billion more people who will have at least $11 per day in spending power, while the number of poor and vulnerable with less than $11 per day will shrink by 1.1 billion.

In other words, in 2030 we will see a very different world. We will probably not be thinking about “the good old days” but about how the days have become good for the old. That’s something for us to look forward to.

This article builds on an earlier post by Homi Kharas et al. “A Global Tipping Point” and on a presentation by Wolfgang Fengler at Singularity University’s Global Summit on August 20, 2019. Thanks also to Jasmin Baier, Jonathan Karl, Aurelien Kruse and Dylan Pattillo for their support. The estimates in this article are provided by World Data Lab’s MarketPro.

The article was originally published by the Brookings Institution. Read the original article here.

This Century Will See Massive Shifts in the Global Population, Economy, and Power Structure