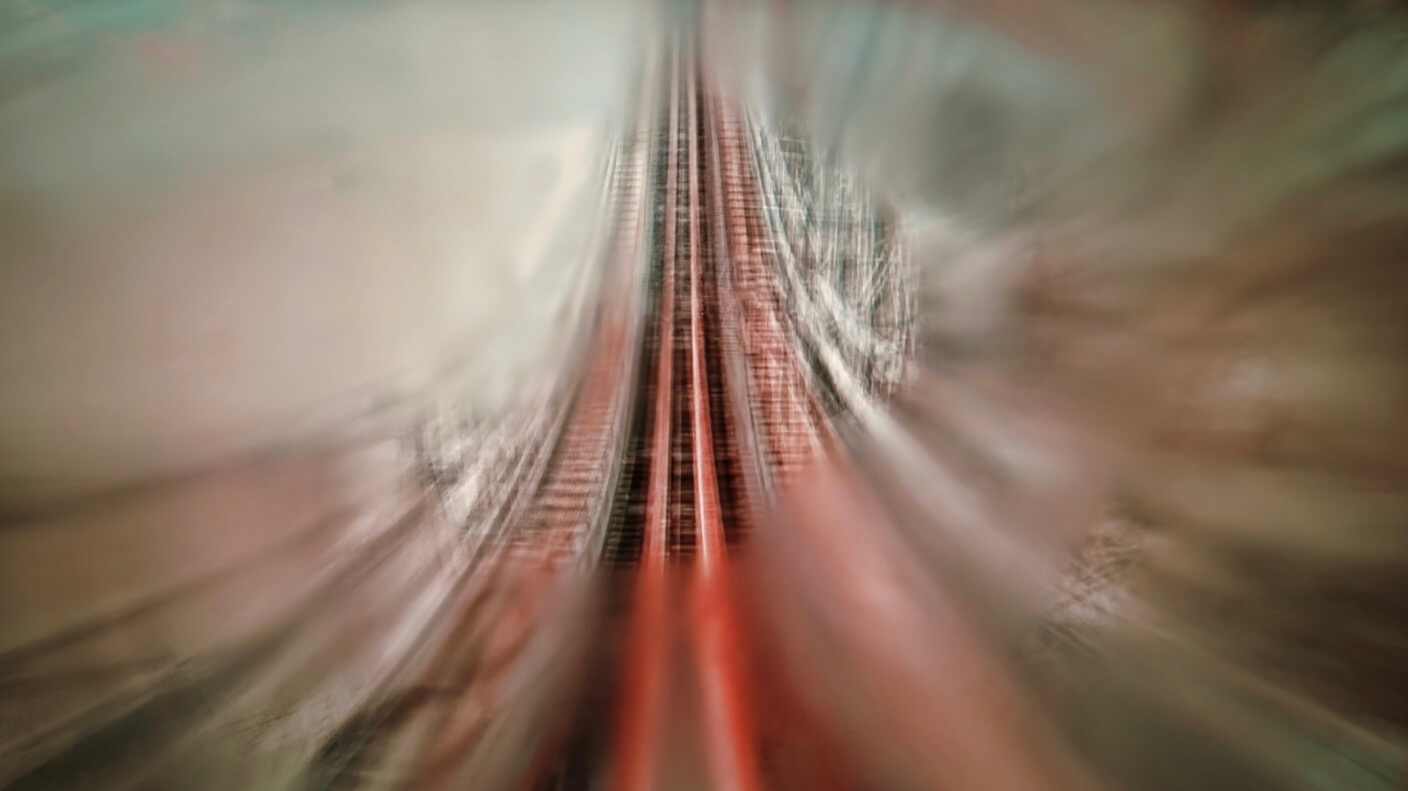 “It is possible to commit no errors and still lose. That is not a weakness. That is life.” –Captain Jean-Luc Picard, Star Trek

Many of you likely recognize the truth in this quote from legendary Star Trek Captain Jean-Luc Picard. Many are dubbing the Covid-19 pandemic the biggest global crisis since World War II. There’s no way you could have had a foolproof plan to deal with it. Yes, scientists have long warned of a pandemic like this. And unfortunately, many countries have not been as well prepared as they should have been. But few businesses would have had incentive to plan for a potential pandemic where whole markets disappeared almost overnight.

Now it’s here, however, and the implications are massive. There is not one industry, not one organization, big or small, that has or will not be impacted.

Doubling Down on Innovation

So, what to do? Do we need to look at our organizations and see where we can cut costs and strengthen our core businesses? Yes. But protecting the core isn’t going to be enough. Contrary to common practice and what may seem practical, businesses also need to double down on innovation.

Statistics show that in times of crisis innovation suffers. Organizations become more introverted and risk averse. But they need to do the opposite, not only to survive in the short term, but to also keep pace with a rapidly changing world.

Companies need to be constantly looking beyond their core businesses to stay relevant. And whatever the speed of innovation needed to be up until the point when Covid-19 hit our countries—it just became too slow. We now need innovation at warp speed.

How to Accelerate Innovation

The good news is that while there is a tendency to argue people don’t like change and resist it, given the right context, people are actually remarkably adaptable. And the context has just changed dramatically. For the vast majority of people this is abundantly clear. All things being equal, with the right tools, this makes them much more open to innovation.

With that in mind, here are some crucial ways organizations can speed up innovation.

In Star Trek, the prime directive—which dealt with ethical first contact—was essentially the most important rule or law to be obeyed above all others. For organizations, it should be to answer the question, “How can we remain relevant in this radically different environment?”

This means looking at core offerings and identifying how to adapt them to the new reality. For some industries where demand has disappeared almost entirely, at least for now, it means daring to pivot. Fast.

I would even argue we need to see something akin to pivot-mania. That doesn’t mean acting in desperation, but acting with an acute sense of urgency.

I recently interviewed Brendan Ives, head of Division X at the telecommunications company Telia, for my podcast. One of Division X’s core focuses before the crisis was AI-enabled data products for retail. Then the entire industry just shut down before their eyes and demand all but died.

So, they huddled and discussed what other problems their work might solve.

Those conversations led them to pivot away from retail and channel their entire focus into digital health. Their new focus had the added benefit of increasing their potential positive impact in the world as it enabled them to directly work towards mitigating the Covid-19 threat.

Pivoting also applies to the individual roles people play in the organization. In Division X, employees had to change their perspectives on how they fit in the organization given the new reality. In many organizations, there may now be fewer people to get the job done and skills may need to be tailored to a different market. Every role needs to be revisited to ensure maximum impact.

Pivoting and identifying new strategic objectives is no small feat. To ensure you move in the right direction and get all important players on board, purpose, communication, and motivation have never been more important.

Having the right narratives and ensuring motivation are clearly related to having the right purpose. At Growth, logistics giant Maersk’s venture arm, CEO Sune Stilling initially set up the entity to build billion-dollar businesses. But they quickly learned that employees didn’t find building billion-dollar businesses to be a particularly meaningful goal.

This led them to reflect more deeply on what should be driving their work and pivot their purpose to “transforming trade” and working to solve food waste.

Can we afford to only go after these kinds of meaningful ambitions right now? Perhaps not. But there are many opportunities currently to double down and ensure that, in addition to keeping your business afloat, you play an active part in addressing the crisis. This can be incredibly motivating for all parties.

Lowe’s Innovation Labs spearheaded many surprising initiatives for a retail chain over the years—holo-rooms and robot assistants inside stores years back, exoskeletons for warehouse workers, 3D printers for outer space.

How did they get the company to try so many new things? The team developed a creative new approach to compellingly envision the future.

They gave inhouse market research to science fiction writers and developed future scenarios. Then they reverse engineered these futures step by step back to the present. Finally, they workshopped potential future-proof solutions and presented those solutions to top management in the form of comic books.

By shifting from boring PowerPoint bullets and graphs to visual storytelling, they were able to inspire seasoned, seen-it-all executives to say “yes” and grow the company’s innovation capabilities.

While that may sound like a lengthy process, you can actually get it done in just a few days. If you don’t have the resources to hire science fiction writers, then don’t. Have your team make mood boards instead to visualize opportunities, and you have a low-cost version that will do.

Leverage the Powers Within

Alex Goryachev, managing director of Cisco’s Co-Innovation Centers, realized they were really good at partnering externally to accelerate innovation, but that they didn’t apply that same principle internally.

Thus, there was no model for harnessing the tens of thousands of Cisco employees’ innovation powers. This led to the establishment of a hugely successful internal startup program with clear metrics that focused not only on actions but also outcomes. While that may sound obvious and bland, many, many innovation projects fail because they don’t measure what’s important.

To optimize for the quick wins you need in times of crisis, be sure to spend the time to set the right metrics. It will increase the likelihood of success and increase motivation because people know what they’re running after.

You also need to partner outside your company. You don’t have time to develop all capabilities or technologies yourself. That was true before the crisis. It is more true now.

The good news is that openness to collaboration has never been greater. Startups, suppliers, and even competitors have never needed it more.

This provides the perfect platform for establishing win-win collaborations to accelerate each other’s businesses. Customers are also much more open to beta. They understand organizations have to work hard and fast to adapt to the new reality which may mean they don’t always ship perfect.

Innovation is inherently risky. Innovation in times of crisis is even riskier. The stakes are higher. There is no way around that truth.

This means you need to create psychological safety at work.

Google conducted a two year study, built on top of research done by Harvard professor, Amy Edmondson, to identify what made consistently successful teams tick. Psychological safety was number one, by a mile. Even more important than team capabilities, rank, and prior successes.

Here are a few ways to create psychological safety.

Empower people to makes decisions. You don’t have time not to do this because hierarchy slows execution. And let’s face it, the people most able to make good decisions are likely the people in the trenches making stuff happen.

Create guiding principles instead of rules. “Turn off the lights” is a rule. “Be environmentally conscious” is a guiding principle. It allows people to make their own decisions and opens up opportunities for action.

Actively and visibly reward the right behavior. For example, some teams at Google hand out the Courageous Penguin award. You know when penguins assemble at the edge of an iceberg and look down? They’re waiting for the first penguin to jump. That penguin doesn’t know what’s lurking under the water; it takes courage to jump first. Reward people who take on big challenges with uncertain outcomes, even if they fail. Celebrate your courageous penguins. It is contagious. It accelerates the desired behavior.

The world has changed for good. Hopefully, the crisis will soon be behind us. But its implications will follow us for years. Adapting to the crisis now by innovating at warp speed is essential for short-term survival. Even more, it sets you up in the best possible position to bounce back post-crisis.

Today’s accelerated adoption of a more digital economy won’t go away after the crisis. Yes, we’ll start traveling again, visit our doctors in person, and take face-to-face courses. But we will have learned we don’t have to do it the same way anymore, and we will have developed better solutions. New habits and business models developed to face the crisis will also prevail afterwards.

I’m convinced there is a bright future out there. To navigate to it you must innovate fast.

To borrow another quote from Star Trek: “One cannot summon the future, but one can change the present!” Let’s change the present and set sails for a brighter future. But most importantly, stay safe and take care of your loved ones. In the end, that’s what really matters.

Is the US Doing Enough to Maintain Its Leadership in AI?