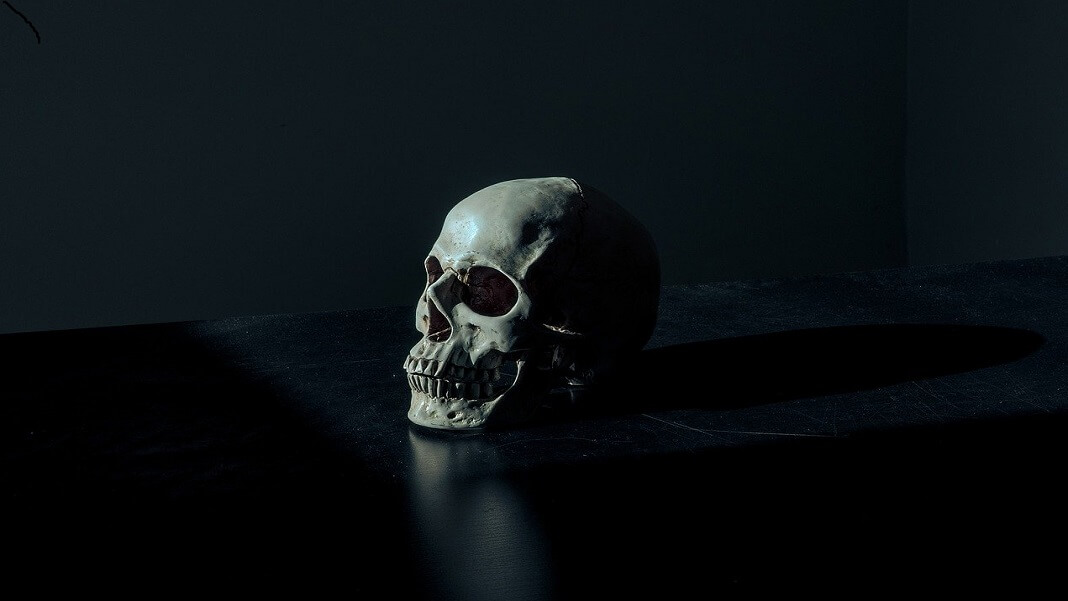 Will our species go extinct? The short answer is yes. The fossil record shows everything goes extinct, eventually. Almost all species that ever lived, over 99.9 percent, are extinct.

Headlines often suggest this extinction is imminent. The threat of earth-grazing asteroids is a media favorite. Mars is regularly mooted as a bolt hole. And there is the ongoing menace of the climate emergency.

Humans have vulnerabilities. Large, warm-blooded animals like us don’t handle ecological disruptions well. Small, cold-blooded turtles and snakes can last months without food, so they survived. Big animals with fast metabolisms—tyrannosaurs, or humans—require lots of food, constantly. That leaves them vulnerable to even brief food chain disruptions caused by catastrophes such as volcanoes, global warming, ice ages, or the impact winter after an asteroid collision.

We’re also long-lived, with long generation times, and few offspring. Slow reproduction makes it hard to recover from population crashes, and slows natural selection, making it difficult to adapt to rapid environmental changes. That doomed mammoths, ground sloths, and other megafauna. Big mammals reproduced too slowly to withstand, or adapt, to human overhunting.

So we’re vulnerable, but there are reasons to think humans are resistant to extinction, maybe uniquely so. We’re a deeply strange species—widespread, abundant, supremely adaptable—which all suggest we’ll stick around for a while.

First, we’re everywhere. Geographically widespread organisms fare better during catastrophes such as an asteroid impact, and between mass extinction events. Large geographic range means a species doesn’t put all its eggs in one basket. If one habitat is destroyed, it can survive in another.

Polar bears and pandas, with small ranges, are endangered. Brown bears and red foxes, with huge ranges, aren’t. Humans have the largest geographic range of any mammal, inhabiting all continents, remote oceanic islands, in habitats as diverse as deserts, tundra, and rainforests.

And we’re not just everywhere, we’re abundant. With 7.8 billion people, we’re among the most common animals on Earth. Human biomass exceeds that of all wild mammals. Even assuming a pandemic or nuclear war could eliminate 99 percent of the population, millions would survive to rebuild.

We’re also generalists. Species that survived the dinosaur-killing asteroid rarely relied on a single food source. They were omnivorous mammals, or predators such as alligators and snapping turtles that eat anything. Humans eat thousands of animal and plant species. Depending on what’s available, we’re herbivores, piscivores, carnivores, omnivores.

But most importantly, we adapt unlike any other species, through learned behaviors—culture—not DNA. We’re animals, we’re mammals, but we’re such weird, special mammals. We’re different.

Rather than taking generations to change our genes, humans use intelligence, culture, and tools to adapt our behavior in years or even minutes. Whales took millions of years to evolve flippers, pointy teeth, sonar. In millenia, humans invented fishhooks, boats, and fish-finders. Cultural evolution outpaces even viral evolution. Viral genes evolve in days. It takes a second to ask someone to wash their hands.

Cultural evolution isn’t only faster than genetic evolution, it’s different. In humans, natural selection created an animal capable of intelligent design, one that doesn’t blindly adapt to the environment, but consciously reshapes it to its needs. Horses evolved grinding molars and complex guts to eat plants. People domesticated plants, then cleared forests for crops. Cheetahs evolved speed to pursue their prey. We bred cows and sheep that don’t run.

We’re so uniquely adaptable, we might even survive a mass extinction event. Given a decade of warning before an asteroid strike, humans could probably stockpile enough food to survive years of cold and darkness, saving much or most of the population. Longer-term disruptions, like ice ages, might cause widespread conflicts and population crashes, but civilizations could probably survive.

But this adaptability sometimes makes us our own worst enemies, too clever for our own good. Changing the world sometimes means changing it for the worse, creating new dangers: nuclear weapons, pollution, overpopulation, climate change, pandemics. So we’ve mitigated these risks with nuclear treaties, pollution controls, family planning, cheap solar power, vaccines. We’ve escaped every trap we set for ourselves.

Our global civilization also invented ways to support each other. People in one part of the world can provide food, money, education,and vaccines to vulnerable people elsewhere. But interconnectivity and interdependence also create vulnerabilities.

International trade, travel, and communications link people around the world. So financial gambles on Wall Street destroy European economies, violence in one country inspires murderous extremism on the other side of the globe, a virus from a cave in China spreads to threaten the lives and livelihoods of billions.

This suggests a limited optimism. Homo sapiens have already survived over 250,000 years of ice ages, eruptions, pandemics, and world wars. We could easily survive another 250,000 years or longer.

Pessimistic scenarios might see natural or man-made disasters leading to widespread breakdown of social order, even civilization and the loss of most of the human population—a grim, post-apocalyptic world. Even so, humans would likely survive, scavenging society’s remains, Mad Max-style, perhaps reverting to subsistence farming, even becoming hunter-gatherers.

Survival sets a pretty low bar. The question isn’t so much whether humans survive the next three or three hundred thousand years, but whether we can do more than just survive.