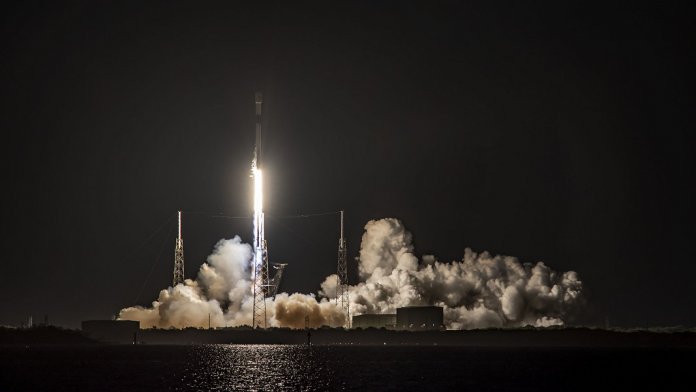 Industry pioneer SpaceX has hit a significant milestone after one of its Falcon 9 rockets completed its 10th mission. The ability to reuse its launch vehicles has been at the heart of the company’s recent successes, and it seems others are starting to take note.

For decades, space rockets have been a single-use technology left to burn up on re-entry to the atmosphere once their mission is done. While a single-use approach might make sense for packaging material, in retrospect it seems like a crazy proposition for a highly engineered multi-million-dollar piece of equipment.

Trying to change that has been a core plank of SpaceX’s mission to slash the cost of spaceflight since its earliest days. And after a few dramatic failures, the company finally managed to land one of its rockets in 2015, followed by the first reuse in 2017.

Since then, the landing and reuse of the Falcon 9 has become standard practice for the company, and in 2018 founder Elon Musk set a goal of flying each rocket 10 times before having to carry out serious maintenance. On May 9th SpaceX hit that target for the first time when its B1051 booster landed safely after completing its 10th flight.

That’s an impressive milestone that means the only vehicles that have made more spaceflights than this rocket are the NASA space shuttles Discovery, Atlantis, Columbia, and Endeavor. But it’s not just the number of launches that’s impressive, it’s also the speed with which it has achieved them.

While Discovery still has an impressive lead with a total of 39 missions, it built that up over 27 years. SpaceX’s booster hit 10 missions in just 26 months, and in that period it was only one launch shy of the total number of missions flown by all rockets from its main competitor, United Launch Alliance.

And this isn’t the only Falcon 9 racking up missions. Booster B1049 is only one launch behind B1051, and between the two of them the pair has delivered nearly half of SpaceX’s Starlink satellite constellation to orbit.

How far this reusability could go is anyone’s guess. The company says it plans to test some of its rockets to destruction to see what the upper limit might be, and last year Musk guessed that it might be possible to push them past 100 missions with some replacements or upgrades of parts.

And it’s not just the Falcon 9. The company is baking reusability into the DNA of everything it builds. They recently completed the first successful landing of a prototype Starship rocket and are reportedly considering flying the vehicle a second time. And last month the company launched humans to space in a reused Dragon capsule for the first time, on top of a reused Falcon 9. The Dragon is designed to be reused at least five times.

SpaceX isn’t the only company with a focus on reusability. Blue Origin, owned by Amazon founder Jeff Bezos, has also designed all of its vehicles to be at least partially reusable from the start, and demonstrated the first reuse of its New Shepard booster in 2016.

But it seems others in the space industry are also rapidly coming around to the idea. On Saturday, Rocket Lab, which has built up a successful business launching small payloads into low-earth orbit using single use rockets, was due to carry out its second attempt to recover one of its Electron boosters.

In the end, the second stage of the rocket failed to reach orbit and the payload was lost. However, recovery of the first stage went ahead. Rather than trying to land its rockets, the company is instead using parachutes to land them gently in the sea before picking them up by boat. Rocket Lab issued a statement on Saturday confirming the first stage splashed down in the Pacific Ocean and said a crew was en route to pick it up.

And in the last six months, space agencies around the world have announced plans for reusable launch vehicles. Russia, Europe, India, and Japan have all started development of new rockets, and China claims it could try to land one of its Long March-8 boosters sometime this year.

It’s likely to take SpaceX’s competitors some time to catch up, which will give it a major cost advantage for a while. But it seems the company’s mission to reinvent the launch industry and dramatically increase access to space is well on its way.