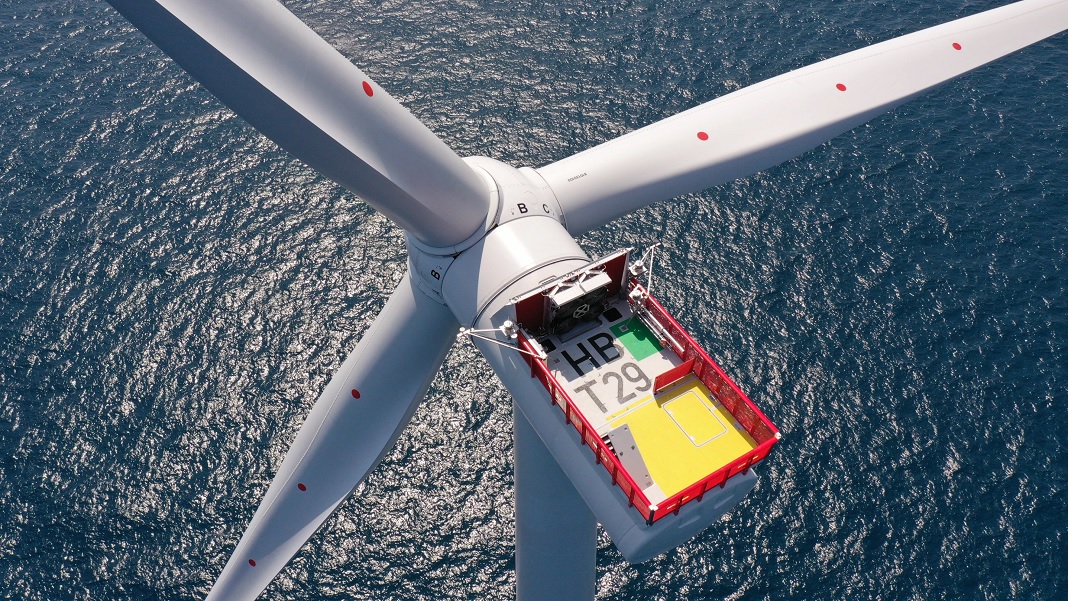 Two and a half years ago, the Hornsea 1 offshore wind farm started generating power. Located in the North Sea off the coast of Grimsby, England, it was completed in 2020, with 174 turbines and a generating capacity of 1.2 gigawatts. It was the biggest offshore wind farm in the world at the time, and now its sister site, Hornsea 2, has launched as well.

The site generated its first power over the weekend, and when complete, will have 165 turbines capable of generating 8 megawatts each, for a total of 1.32 gigawatts of electricity. According to Orsted, the Danish energy firm running the sites, Hornsea 1 and 2 will together be able to power over 2.3 million homes.

2.3 million homes in the UK are equivalent to far fewer homes in the US; Americans are serious energy hogs, with average annual electricity consumption per household in 2020 hovering around 10,715 kWh, almost triple that of the UK’s 3,731 kWh. We should be working harder to scale back on our giant appliances, around-the-clock air conditioning, and ever-ready hot water—but that’s a separate conversation.

Besides being the biggest operational wind farm in the world, Hornsea also takes the crown on another designation: it’s the farthest from shore, which means it takes a lot of cables to get the energy generated by those spinning blades into the national grid. Hornsea 1 sits 75 miles (120 kilometers) from shore, Hornsea 2 55 miles (89 km). The offshore cables feed into onshore cables, which terminate at a substation in Killingholme, a town about two hours’ drive from Manchester. Unlike their not-too-far-away floating neighbors in Scotland’s Hywind farm, Hornsea’s turbines are anchored to the ocean floor.

Despite its distance from shore, Hornsea’s location was chosen very deliberately, as wind speeds in the area average 16-22 miles per hour; for comparison’s sake, the top 3 windiest cities in the US get gusts of around 13 mph.

Offshore wind is growing at a quick clip not just in the UK, but around the world, and will continue to do so as the technology it requires becomes cheaper and more efficient. Turbines developed in the last few years, with taller towers and longer blades, are able to generate far more energy than earlier iterations, making the expense of building wind farms more worth companies’ while.

While Hornsea currently holds the title of world’s biggest offshore wind farm, it will soon be unseated; construction of the 3.6 gigawatt Dogger Bank wind farm started last year off the coast of Ulrome, just an hour’s drive from Killingholme. Dogger Bank is a three-phase project expected to be complete in March of 2026.

Hornsea also has two additional sites in the making—Hornsea 3 received a Development Consent Order in December 2020, and Hornsea 4 is in the planning phase.

In June 2019 the UK set a national goal of reaching net zero emissions by 2050, and is aiming for a 40 GW offshore wind capacity by 2030. At the rate the country is currently plunking turbines into the ocean, they shouldn’t have too much trouble meeting the latter goal.

2021 Will Set an All-Time Record for New Renewable Energy