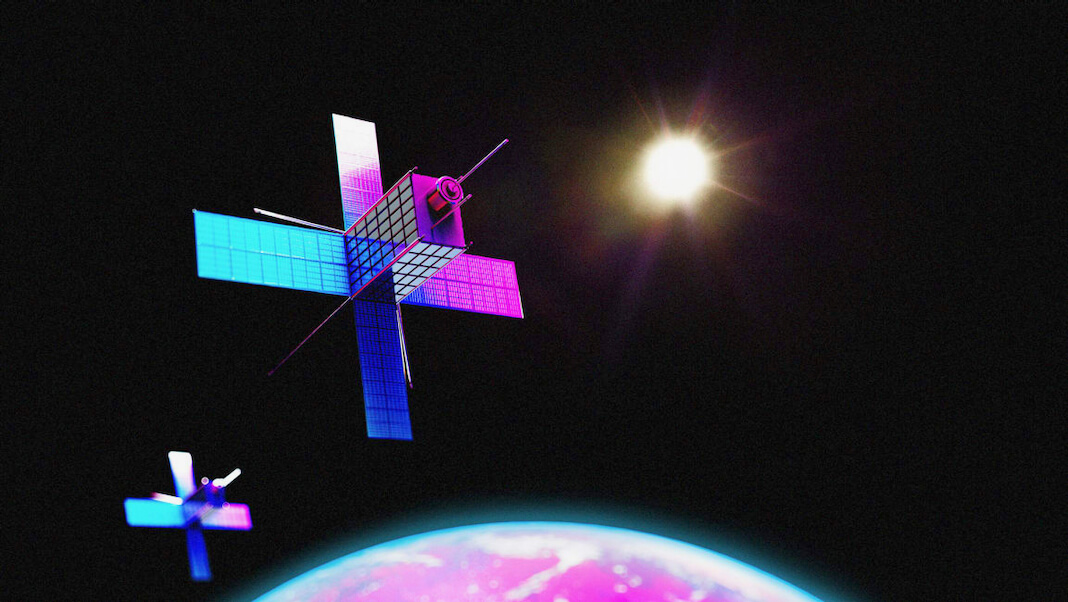 By rocket, drone, and giant centrifuge, humans are getting better at hurling just about anything into space. There’s a Tesla Roadster cruising around somewhere beyond Mars, and William Shatner went suborbital this year. Meanwhile, plans for private space stations are underway, and if new startup, Space Forge, is successful, orbital factories will join them.

The UK company, spun up last year in a garage in Cardiff, recently raised £7.6 million ($10.2 million) to build robotic satellites that manufacture materials impossible to produce on Earth. Space Forge’s reusable ForgeStar satellites will orbit for one to six months before returning home with their precious cargo intact and ready for recovery.

“Earth is a wonderful place to live on but terrible for manufacturing so many things,” cofounder and CEO Joshua Western told The Guardian. “You have to fight gravity and the dense atmosphere while trying not to cause pollution. But in space you have no gravity to interfere with the mixing of materials, while you have a pure vacuum and no atmospheric pollution. And you also turn your instruments towards or away from the Sun to heat or cool them rapidly.”

The company is building on years of experiments flown on the International Space Station. As early as 1998, scientists showed a special kind of fiber optics, called ZBLAN, were of significantly higher quality when produced in microgravity. Compared to silica-based fiber optics, high-quality ZBLAN cables can carry more wavelengths of light (and therefore information) with far less signal lost along the way. When produced on Earth, ZBLAN develops a cloudy crystal lattice, but made in space, it’s crystal clear.

Also, semiconductors made in partial gravity have fewer impurities—which could boost the efficiency of computer chips—and you can whip up new and interesting metal alloys from normally incompatible ingredients. Try making an alloy of lead and aluminum on Earth, for instance, and the lead sinks to the bottom.

“You don’t end up with a nice alloy, you end up with an alloy with a load of aluminum on top and lead on the bottom,” cofounder and chief technology officer, Andrew Bacon, told Business Insider. “You do that in space, in microgravity, there is no up and there is no down. The metals will mix together much better. That means you can certainly make a new alloy that was either very difficult or impossible to make on Earth.”

Other space manufacturing efforts are running projects on the ISS. But Bacon says they decided to build a separate platform so they could experiment with more products. Making alloys with lead, for example, would fill the ISS with toxic fumes—which is obviously not ideal when there are no windows to open.

So, in theory, materials made in space could bring stronger, lighter stuff, faster internet, and more efficient computers. The question is, can you make enough of it for the right price to be practical?

The company is focused on high-value, niche products and believes that, alongside falling launch costs, some applications are beginning to make economic sense. In particular, they’re aiming to capitalize on the emerging small launch capabilities of the likes of Virgin Orbit, which successfully tested an air-launched rocket in early 2021.

Scale, on the other hand, will be challenging. The first steps are more about demonstrating the approach as opposed to replacing tens of thousands of miles of internet backbone with space fiber. To that end, Space Forge is focusing on developing and testing spacecraft. The idea is to make satellites about the size of an oven, pack them with feed stock and robotics, and launch them 300 miles above the planet’s surface. After completing a product run, the satellite will return home—the company is keeping details of how exactly they plan to do this close to its chest—deliver its cargo, and be refurbished for a new mission.

Sufficed to say it’s an ambitious endeavor. But with the backing of investors, alongside additional support from the UK Space Agency and European Space Agency, they’re ready to take the next steps. The company hopes to launch its first prototypes sometime in 2022.