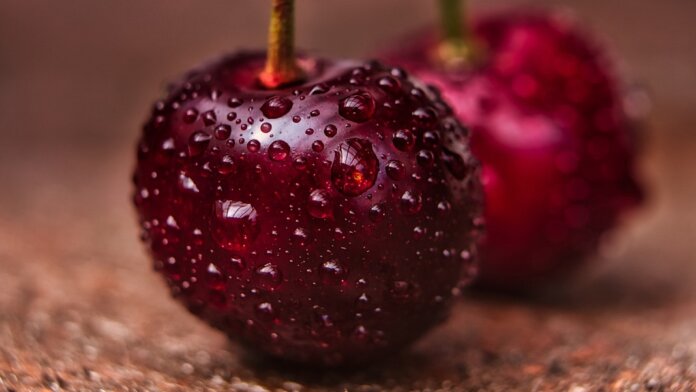 Ninety percent of American adults don’t eat enough fruits and vegetables, opting for fast food and processed foods instead. Cost, flavor, and convenience are all factors in this imbalance, but as health statistics show, we should be working harder to reverse our dietary trends.

A startup called PairWise is out to help change the way we eat by making fruits and vegetables more appealing. The company is zeroing in on traits that may deter people from consuming produce and tweaking those traits using CRISPR gene editing. Their hope is that the resulting products will not only pique consumers’ interest, but keep them healthy and keep them coming back. Tom Adams, PairWise cofounder and CEO, shared details about the company and its products in an interview.

CRISPR was first used to edit bacterial DNA in 2012. Since then, scientists have used the tool to edit the genomes of crops, animals, and even humans, and have begun testing it as a means of curing inherited conditions from blindness to muscular dystrophy and other genetic diseases.

CRISPR is made up of a synthesized sequence of guide RNA that matches a target DNA sequence—that is, the portion of DNA to be altered—and a Cas enzyme. Once in a cell’s nucleus, the guide RNA links up with the target DNA sequence. The Cas enzyme cuts the DNA at that point, and the cell repairs the cut. The repairs can either knock out a gene, inactivating it, or insert a new sequence.

Modifying a gene that encodes for a given trait either eliminates or alters that trait; in the case of fruits and vegetables, say, the bitterness of mustard greens or the seeds in blackberries. Given that the genomes of PairWise products are modified, some consumers may want to know whether the fruits and vegetables are classified as genetically modified organisms (GMOs).

The short answer is no. The USDA doesn’t regulate gene-edited plants as long as their traits could have occurred through traditional breeding methods or a whim of nature. The CRISPR technique PairWise uses involves manipulating genes that exist naturally in a given species’ genome. “The changes PairWise has made in our greens are no different than what can be achieved through conventional breeding, contain no foreign DNA, and therefore are not considered GMOs,” Adams said.

GMOs, on the other hand, can contain genes from other species, and wouldn’t come about naturally even after decades of traditional breeding. Bt crops, for example, are engineered to contain a natural form of pesticide derived from bacteria, which means they don’t need to be sprayed with chemical pesticides.

Adams pointed out that the anti-GMO sentiment out there isn’t necessarily about resistance to the technology itself. “There’s a lot of reasons GMOs may be less popular, and one of them is that people didn’t feel there was transparency,” he said. “Most of the products that fall under the category GMO are things that get added to foods as ingredients, and nobody knew when they were getting it and when they weren’t, and it created this stigma.”

He wants PairWise to take a more proactive and transparent approach. “We’re going to be very clear about the processes we’re using to create the products, and it’s your choice whether you like the benefits or you’re worried about the technology,” he said.

The first product PairWise will bring to market is a milder-tasting version of mustard greens. “Almost four years ago, we were searching for things we could do that were amenable to the technology but also were addressing a consumer need,” Adams said.

The company’s market research found that people often ended up buying romaine lettuce even after saying they’d prefer kale or another green because of their greater nutritional value. “People want healthy salads, but they keep buying romaine because they’re used to the flavor,” Adams said. Ease of preparation is a factor too.

Mustard greens, Adams told me, are a relative of kale, but they taste like horseradish when you bite into them. Two components come together that react and cause the horseradish flavor. PairWise used CRISPR-Cas12a to edit the green’s genome and remove one of those components. “It’s really just removing something that the plant doesn’t need for survival and doesn’t contribute to the nutritional benefits,” Adams said. The mustard greens have already been approved by the FDA and will start being sold in California and the Pacific Northwest in early 2023 under the brand Conscious Foods.

The company’s not stopping there, though; they have multiple fruit and veggie improvement projects underway.

One is a softer version of kale. If you’ve ever made a kale salad from the stuff that comes still on the stalk, you know it’s labor-intensive: there’s the washing, the de-stemming, the chopping, the massaging… (that’s right, massaging!). PairWise kale will retain all of the leafy green’s nutritional properties, but have a texture more like lettuce, making it easier to prepare and eat.

Another is seedless berries, including blackberries and raspberries. Hate how those tiny seeds get stuck in your teeth, always in the hardest-to-reach places? CRISPR to the rescue.

One of the company’s most intriguing projects, in my opinion, is pitless cherries.

“I love cherries, but they’re a pain to eat,” Adams said. “Your fingers are all red when you’re done with a few of them, and if there’s not a trash can nearby you don’t know what to do with the pit.” I asked him how it’s possible to grow a cherry—or any other stone fruit, like plums, peaches, or apricots—without the pit, as it connects to the fruit’s stem and is its lifeline to the tree.

“It’s easiest to think about it like a seedless grape,” he said. “It actually still has a seed in it, but the seed has lost its hard outer shell. There’s still that nutritious plant embryo that’s normally protected by the shell, we’re just making it so it’s all edible.” If they succeed, eating pitless cherries will be a different experience altogether; isn’t having to remove the pit the only thing keeping us from stuffing handfuls of the scrumptious fruit into our mouths at once?

When it comes to cherries, it’s not just the end product PairWise is focusing on. Currently 90 percent of sweet cherries are grown in Washington state, where there’s little to no rain in the summer. The fruit is highly sensitive to changes in moisture and can only thrive in a dry climate; this specificity and the fact that the fruit needs to be shipped from the far northwest corner of the country pushes up its price. But what if cherries could grow in, say, Michigan, or Kansas, or Vermont?

“We think we understand the genetics well enough that we could modify the architecture of the tree so that it’s more like a blueberry bush,” Adams said. “And then you can grow them in more environments and put them at less risk.”

PairWise is also trying to alter the way blackberries grow. The moisture sensitivity has already been taken care of by nature, as has the bush-not-tree situation—but the bushes have thorns, and thorns make fruit hard to harvest. The company is working on cutting out the thorns.

Here’s an idea: blueberry-sized cherries without a pit that grow on bushes without thorns in any climate. Seems like a product that would need a whole new name, and heck if I have any suggestions. (Not to mention, it probably wouldn’t occur naturally no matter how many generations you waited.)

Be it softer kale, pitless cherries, or thornless bushes, PairWise’s mission is to create a healthier world by taking away barriers to eating fresh produce. “We’re interested in anything that moves the needle on the fact that only 10 percent of Americans eat the recommended amounts of fruits and vegetables,” Adams said. “It really doesn’t change very much just by telling people they should eat more of them. Our idea is, you need to take down the barriers.”

It’s certainly a noble aim. But how likely is engineered produce to play an instrumental role in changing consumers’ habits, or in attracting a previously-veggie-averse demographic? People who already buy and eat kale on a regular basis may opt for a smoother kale 2.0, but people who have never bought kale may not be so easily swayed by a newfangled version of the green.

Adams believes there’s a consumer base out there who will benefit from products like PairWise’s. “There are people who are looking for a healthy lifestyle,” he said. “And they’re looking for something different in salads. We’re coming in with a new category: a nutritious green that still tastes good.”

Physical traits of produce may be one barrier that deters people from buying them, but cost is equally important (if not more so). With years of research and development going into CRISPR’d produce, my assumption was that it won’t be affordable. Ten dollars for a bag of lettuce-like kale? No thanks.

Not the case, according to Adams. “There’s a fairly wide range of pricing within the salad space. We expect to be in the top quartile of the pricing, but we’re not going to be above it,” he said. Production of PairWise greens, he added, is actually quite cost-competitive with other types of salad greens.

Based on marketing activation events the company ran over the summer in Seattle, Austin, and Palo Alto, the outlook for their first product looks pretty rosy. They gave away bags of salad (which were clearly labeled as being gene-edited) consisting of red- and green-leaf mustard greens, and asked people to complete a short survey about it. Adams estimated that more than 6,000 people tried the salads, and over 90 percent responded that they were “very motivated” or “somewhat motivated” to buy the product.

Helping people make healthier dietary choices is just one benefit that CRISPR could bring to produce. Its possibilities are wide-ranging, as evidenced by PairWise’s work to create fruit trees that can grow in different climates and yield food that’s easier to harvest. It’s not unlike Norman Borlaug’s work back in the 1940s to create a high-yield wheat seed that was resistant to stem rust—a project that ended up saving millions of people from hunger and famine.

The difference is that technology has taken over the painstaking, time-consuming steps Borlaug had to slog through, like pollinating and inspecting thousands of plants by hand (a hundred and ten thousand in just one growing season! Talk about labor-intensive).

Adams sees PairWise’s work similarly and believes CRISPR holds all sorts of possibilities for a new frontier of engineered foods. “We’re doing the same thing as traditional plant breeders, but it’s just faster,” he said. “We could create a lot more resilience for the whole food system.”