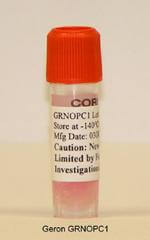 Good news for stem cell therapies. The first clinical trial using human embryonic stem cells (hESC) in the United States has officially begun with its first patient admitted. Geron recently announced that their remarkable treatment utilizing hESC to combat spinal cord injury is underway in Atlanta, Georgia at the Shepherd Center, a facility specializing in spine and brain damage. The unnamed patient will receive doses of embryo derived oligodendrocyte progenitor cells, drug name GRNOPC1. While these clinical trials for GRNOPC1 are only in phase I and simply testing for safety, there remain hopes that early patients will demonstrate improved mobility and sensation after severe spinal cord injury. After so many set backs, delays, and worries, it’s a relief to see embryonic stem cells finally able to help someone.

It’s been a long journey to this point. Hans Keirstead’s original work at UC Irvine was able to get mice moving again after severe spinal injuries back in 2005. The FDA approval process for human trials was long, and not easy considering the Bush administration’s opposition to human embryonic stem cell research. Geron’s clinical trials for GRNOPC1 faced a year of delay to address FDA concerns with lesions on spinal cords in rodent models. Even once the phase I portion officially began earlier in the summer, it wasn’t clear how quickly the trials would begin. Eligibility for GRNOPC1 requires treatment to begin no later than 14 days after injury. It’s been a waiting game to see which of the seven testing sites would first find a viable patient. Now, with that patient probably already receiving his or her first injections of hESC, we can finally rest easy knowing that the research is finally underway.

Of course, after all the trouble to get to this first patient, there’s still no guarantee that GRNOPC1 will be a viable treatment for human spinal cord injury. Watching mice move their hind legs again after complete lower paralysis is amazing, but animal models can’t always predict how humans will respond to treatments. Even in the best case scenario, the patients treated with GRNOPC1 are unlikely to ever regain full mobility. Yet hESC could mean the difference between spending a life confined to a wheelchair and being able to walk slowly with crutches. If successful, I have no doubt it will be a welcomed change for the patients of the trial.

Despite Geron’s clinical trials, the controversy surrounding embryonic stem cell use is far from over. We recently discussed a court ruling by a US Federal judge that forestalled public funding of hESC research despite President Obama’s actions to the contrary. That case is still being resolved, though the injunction against current hESC research has been stayed. With successes and setbacks still piling up on the balance scales, it’s a critical time for stem cell research. There are still many conditions, especially those related to nerve damage, that may be treated using embryonic stem cells. Geron in particular has expressed hope that GRNOPC1, which may work by repairing myelin sheath damage on nerve cells, could help with Multiple Sclerosis, Alzheimer’s, and Canavan Disease. These early steps in hESC clinical trials may effect stem cell therapies and research for years to come. We can hope that they will succeed, not just for the difference it will make in the lives of phase I patients, but for the momentum it will give to future treatments under development.