It’s no secret Peter Diamandis is a spaceman. He’s co-founder of companies like Zero Gravity Corporation and Space Adventures. And his X Prize Foundation’s inaugural prize went to SpaceShipOne for the first private manned spaceflight in 2004. But in 2012, Diamandis and co-founder, Eric Anderson, announced his most ambitious space project yet—an asteroid mining venture called Planetary Resources.

The first step to becoming a successful space mining outfit is finding resource rich asteroids. To that end, the firm recently completed the Arkyd-100 satellite prototype. Diamandis told us, the Arkyd-100 will be “pound for pound or kilogram for kilogram” the most sophisticated spacecraft out there. 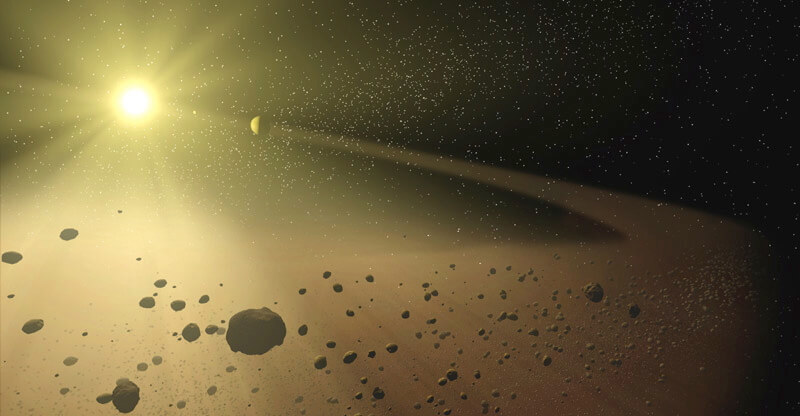 The satellite will use its telescope to look for suitable near-Earth asteroids from low-Earth orbit. Later expeditions will rocket out to prospective real estate, do spectral analysis, and if the asteroid contains valuable resources, lay claim with a beacon. (See here for NASA/JPL-Caltech’s near-Earth asteroid census.)

Eventually, says Diamandis, Planetary Resources will send robotic miners to asteroids as they cross Earth’s orbit, leave the robots to mine for a few years as their rock loops around the sun, and bring them home as it re-approaches Earth. Following is a video from Planetary Resources’ Chris Lewicki (President and Chief Asteroid Miner) on the Arkyd-100:

Once they’ve figured out how to get to an asteroid and how to mine it—what will they mine? Near-Earth asteroids contain abundant iron, nickel, platinum group metals, and water. If space is to be the “final frontier,” we’ll need to live off the land—and asteroids are a low gravity (in other words, cheap) way to harvest materials.

Of those materials, Planetary Resources says “water is the key to the solar system.” Water is essential for humans to live in space for the obvious reason, hydration, but explorers can also use it to shield themselves from radiation, make oxygen to breath, and manufacture rocket fuel.

In fact, that last one may be the first line of business for Planetary Resources—a network of space-based fuel depots to top off satellites, space stations, or missions to Mars and elsewhere in the Solar System.

After water, the firm plans to mine metals. The most valuable of these are the rare (on Earth) platinum group metals.

And while mining and bringing home abundant Earthly metals like iron or nickel may not make economic sense right away—it will make good sense to use them as building materials in space. Though launch costs are falling, it’s still astronomically expensive to bring building materials for space stations, ships, or dwellings for explorers from Earth.

But if many of those materials already exist in space—we need only launch the tools to utilize them. Maybe years in the future, humans will send robotic miners, refiners, and 3D printers to pre-construct bases or ships out of resources discovered on asteroids. Already, NASA and the European Space Agency (ESA) have shown interest in 3D printing basic structures on the moon.

To those of us raised on NASA-sized space budgets, it seems a massive undertaking. But Diamandis believes technology now enables small groups to do extraordinary things. And financial backing from billionaire investors like Eric Schmidt, Larry Page, Ram Shriram, and Ross Perot, Jr. doesn’t hurt either.

Further along, Planetary Resources may sell the technology they develop to finance operations or maybe even take the company public. But it’s still early days. The first five to ten years are about prospecting and laying claim. After that, asteroid miners will need to solve the significant challenges of low-gravity mining.

As to when they’ll break ground on their first space rock—Diamandis told me we’ll save that one for our next conversation.