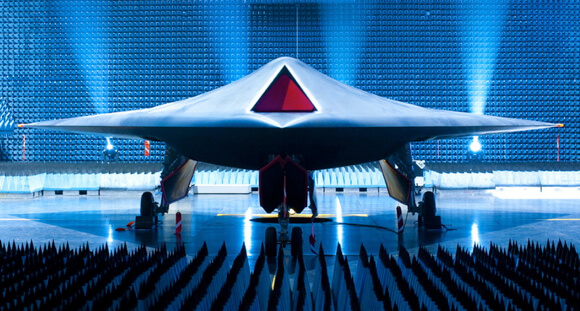 There’s a robotic arms race on. We recently covered the US Navy’s X-47B drone, a stealth jet capable of landing autonomously on an aircraft carrier. Well, not to be outdone by its trans-Atlantic ally, the UK’s Ministry of Defense (MoD) is said to be soon testing a superdrone called Taranis. The drone is designed to fly intercontinental missions at supersonic speeds, undected by radar—and almost completely free of human direction.

Named after the Celtic god of thunder, Taranis is a £142.5 million ($223.25 million) project under development by British aerospace firm BAE and the MoD since December 2006. BAE says Taranis will “push the boundaries” of stealth and autonomy.

According to International Business Times, “Taranis will incorporate technology allowing it to use on-board computers to perform airborne manoeuvres, avoid threats and identify targets.” Flight controllers need only be consulted for authorization to attack. 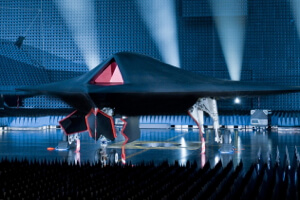 While images of remote-controlled toy planes and quadrotors may enter your head when you imagine drones—Taranis is no toy. The stealth craft measures 37 feet (11 meters) in length and has a 32 foot  (10 meter) wingspan. It is capable of supersonic flight and intercontinental missions, munitions in tow.

The US is also working on next generation drones. The Navy’s X-47B is likewise a largely autonomous stealth craft. In 2013, the X-47B will likely become the first robotic fighter to autonomously land on and take off from an aircraft carrier—a notoriously difficult maneuver even for human pilots. Further testing in 2014 will include autonomous in-flight refueling, extending the X-47B’s range and mission capability.

Simply put, if this is the next generation of drone technology, it’s simultaneously awe inspiring and terrifying. No wonder drone warfare is such a hot button topic right now.

The Obama administration recently released a memo rationalizing the killing of US citizens by drone, without trial, if the individuals pose an imminent threat to national security and cannot be captured. In December, Human Rights Watch published a report calling governments to ban development of drone technology. The report was taken seriously enough for the Pentagon to issue a rule that humans will always make the decision behind any robotic attack.

But the threat of governments misusing drone technology pales in comparison to the threat of criminals or terrorists using drones. Singularity University’s own Marc Goodman has written extensively about drone technology falling into the wrong hands. In 2011, Rezwan Ferdaus plotted to detonate explosives at the Pentagon and Capitol using a remote-controlled drone aircraft. Colombian drug traffickers use remote-controlled submarines to smuggle cocaine. 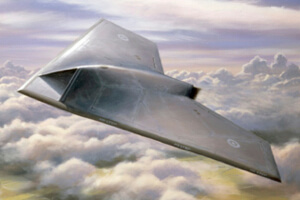 These fringe groups need not even have their own drone. As Goodman notes, “In a world where all things connected to the Internet are hackable, so too are drones.” As drone technology includes the likes of Taranis—need we fear intercontinental stealth drones hijacked by hackers? Hopefully not, but it’s a debate worth having earlier rather than later.

No technology is completely safe from abuse. Rakes and shovels are useful in the garden or can be turned into weapons; drugs can make us feel better or poison us; and drones can airlift supplies to remote areas or mistakenly gun down innocents. The idea isn’t to halt the march of progress but to anticipate its dark side and do our best to prevent misuse.