Peachy Printer Kickstarter Promises $100 3D Printer and Scanner – Can They Do It? 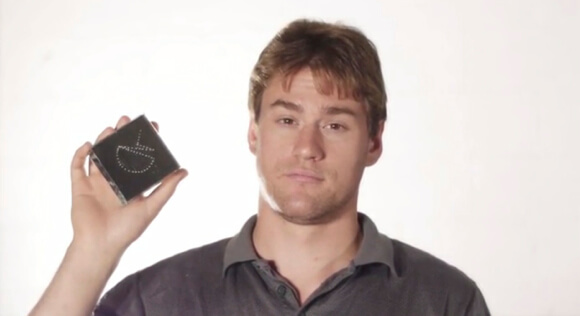 3D printers tend to blow up on Kickstarter. And one of the latest, the Peachy Printer, is no exception. The project’s raised over C$500,000, about ten times its original goal. Peachy is an innovative approach to 3D printing being offered for as little as C$100. But there are yet many unmet challenges to be navigated before its June 2014 delivery date.

Peachy Printer is a Blender-compatible, handheld 3D printer. But instead of your typical additive process—depositing a layer of material at a time—Peachy uses two beams of light to cure resin floating in a salt water filled container into precise shapes.

The printer plugs into your computer’s audio jack, through which the software controls two small mirrors to reflect the light beams. A piece of resin is suspended in the water and raised up by drip tube—the system measures the drips to determine the resin’s vertical location. Because the container can scale up, theoretically, the print volume isn’t limited to the small examples shown on the Kickstarter page.

Pretty cool. But why not go the traditional route? Rylan Grayston, the Peachy’s inventor, says, “Unlike other low-cost 3D printers, I didn’t focus on using cheaper parts within the same design. Instead, I reinvented how the 3D printer works, using completely new methods that don’t require the same expensive parts.”

According to Grayston, his first prototype was made entirely from household materials. Granted, it didn’t work very well, but as a proof of concept, it was enough to merit $10,000 on the next version. The latest prototype is more refined, but it isn’t a finished product. That’s why they need Kickstarter.

Any time you hear someone throwing around that many superlatives in one sentence—grain of salt. And while the title says it’s the first “$100 3D printer and scanner,” take note that the scanner attachment isn’t offered until the $350 level and requires an external camera. But you’re all Kickstarter vets. No doubt, we’re preaching to the choir here.

Judging by the very simple, still messy shapes displayed—one of which the Kickstarter describes as their best yet—the team has a lot of work ahead of them to meet their June 2014 delivery date. (They make no bones about that.)

Not only do they need to further dial in their system, but presumably, they’ll need to figure out the manufacturing details to fulfill Kickstarter pledges.

Further, though their goal of getting a 3D printer into every home is admirable, to do that, they’ll need a more consumer-friendly product. The Peachy Printer, as is, requires some finagling. The printer arrives unassembled, though they say it can be easily built in an hour by non-engineer types. You’ll pay $400 for the pre-assembled version.

Caveats aside, there’s no arguing with the Peachy Printer’s Kickstarter popularity. They blew through their initial funding goal, and with 20 days to go, C$500,000 is nothing to sniff at. At C$100, the Peachy Printer strikes us as an interesting 3D printing approach for a maker or engineer, but less so for the average citizen. For now.