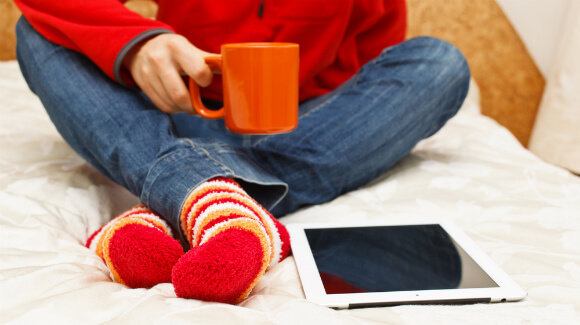 Here at Singularity Hub, we’re suckers for well-written, thought-provoking stories. They inspire us to think about the future, shift our perspectives, and improve our craft. Instead of just passing these articles back and forth, we thought it’s time to share.

Enjoy the following great pieces we’ve been digging into this week:

Experts Weigh In On The Coming Robot Takeover | The Verge
“The central question of 2025 will be: what are people for in a world that does not need their labor, and where only a minority are needed to guide the ‘bot-based economy?'”

You Are Not Late | Medium
“In terms of the internet, nothing has happened yet. The internet is still at the beginning of its beginning. If we could climb into a time machine and journey 30 years into the future, and from that vantage look back to today, we’d realize that most of the greatest products running the lives of citizens in 2044 were not invented until after 2014.”

The Most Fascinating Profile You’ll Ever Read About a Guy and His Boring Startup | WIRED
“Flickr was a treasure chest of innovation, but Stewart [Butterfield] never even intended to make the damn thing. He’d set out, instead, to make a game called Game Neverending. It was a financial failure.”

Artificial Wombs Are Coming, But The Controversy Is Already Here | Motherboard
“Natural birth is filled with perils, and ectogenesis could potentially offer a safe alternative. The theory is that every heartbeat, kick, and moment of a fetus’s life could be carefully monitored, from zygote to the moment the baby takes its first breath of air.”

William Gibson: The Man Who Saw Tomorrow | The Guardian
“Gibson has written many times of his belief that all cultural change is essentially technologically driven. As the progress of technology speeds up, it becomes more incumbent on authors to examine its effects.”

IBM’s TrueNorth Processor Mimics The Human Brain | CNET
“Another essential element of the SyNapse program is IBM’s decision to make the new architecture available to anyone. ‘The real miracle,’ Doherty said, ‘is that this will be open for the next generation of [Microsoft co-founder Bill] Gateses and [Apple co-founder Steve] Wozniaks.'”