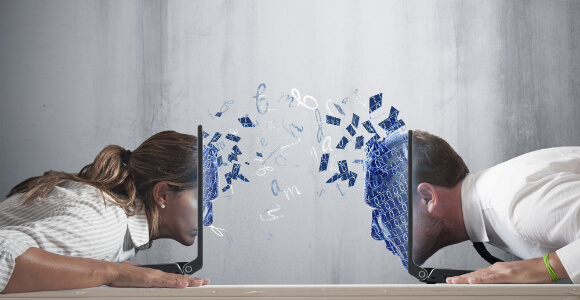 What’s the most fascinating, intriguing story you’ve read recently? The Hub team has put together our list of what we’re reading from around the web this week. Did we miss anything? If so, add it to the comments.

SOCIAL MEDIA: Twitter Is Broken
David Auerbach | Slate
“Rickey pointed to the 140-character limitation and its tendency to encourage mindless agreement (or disagreement), but that’s secondary to the bigger problem: that Twitter breaks the public/private divide in a way that people simply can’t cope with.”

ROBOTS: Here comes the future: We’re making robots that feel!
Diane Ackerman | Salon
“Lipson’s brainchildren would be the first generation of truly self-reliant machines, gifted with free will by their soft, easily damaged creators. These synthetic souls would fend for themselves, learn, and grow—mentally, socially, physically—in a body not designed by us or by nature, but by fellow computers.”

FUTURE OF WORK: Outsourced Jobs Are No Longer Cheap, So They’re Being Automated
Jason Koebler | Motherboard
“There’s been some ‘buyer’s remorse for massive decentralization of the workforce.'”

COMMUNICATION: Why It’s So Hard To Detect Emotion In Emails And Texts
Eric Jaffe | Co.Design
“The lesson is a little face or phone time can go a long way toward exchanging more personality information, forming more positive impressions, and reducing email awkwardness. Short of that, it can help to use concrete emotional words in an email (e.g. “I’m happy to say…”), or to clarify someone’s tone (“when you said that, I took it to mean…”), or if you must, to dispatch emoticons.”

EXPONENTIAL TECHNOLOGIES: Civilization: Beyond Earth and the Ultra-Cool Technologies of Tomorrow
Colin Campbell | Polygon
“‘Having a swarm of orbital entities that you’re interlinking with that provide information and insight on a global scale that you can’t get from a single point on the globe leads to all kinds of interesting things.’”

SOCIETY: Confessional in the Palm of Your Hand
Rachel Metz | Technology Review
“Many of us are addicted to sharing status updates on Facebook, photos on Instagram, and thoughts on Twitter. But real, raw honesty is tricky online. It’s hard to say what you really think when your true identity is attached, especially if your post could get you in trouble, either now or years down the line.”