After a 10-year mission, the European Space Agency’s Rosetta mission has achieved a space first: landing a probe on a comet. The ESA confirmed that today that the probe has successfully landed.

Launched in 2004, Rosetta has traveled a total of 4 billion miles (6.4 billion km) to rendezvous with comet 67P/Churyumov–Gerasimenko. This dark, dusty comet, which is 2.5 miles (4 km) wide, is approximately the size of Mt. Fuji in Japan.

On August 6, the spacecraft established a 62 mile (100-km) orbit around 67P to take photos and find an ideal location for landing. That site, initially known as site J, is located on the smaller of the comet’s two lobes. The various space agencies involved in the mission ran a public contest to name the site, with the winning entry going to ‘Agilkia’, a term for the high ground in Egypt’s Nile River region. 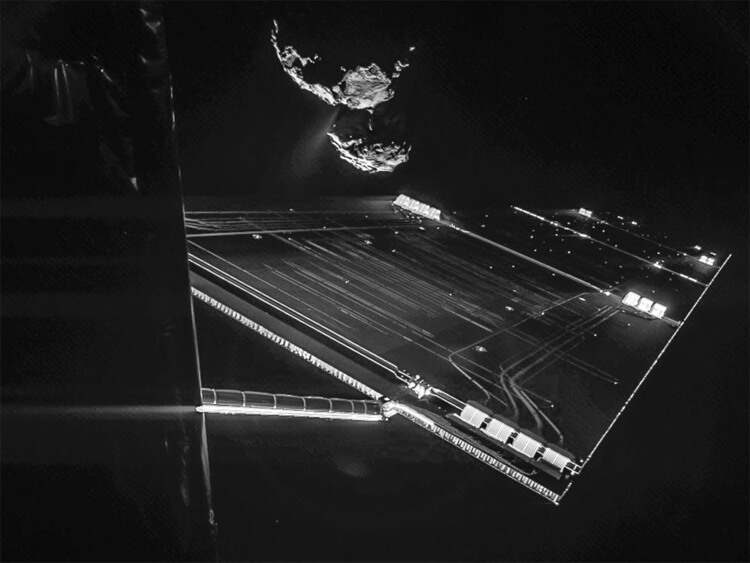 By all accounts, the $1.7 billion (1.3 billion euros) Rosetta mission has already been a success, but the icing on the cake is actually landing a probe on the comet, which may be covered in patches of ice.

The three legs of the probe helped to dampen the impact of landing while an anchor that was intended to harpoon the comet didn’t fire initially. It’s now believed that the lander might have hopped because of the misfire. The anchor is intended to compensate for the comet’s weak gravity, which cannot securely hold the probe onto the surface.

Although the 100-kg Philae lander made contact with 67P at 7:35 AM PST, it takes 28 minutes for the signal to travel through space after being relayed by the Rosetta orbiter, as the comet is currently 310 million miles (500 million km) from Earth.

The lander houses 9 experiments on board, including a drill that will be used to test the material of the comet. However, one of the questions of interest focuses on the landing event to ascertain what the surface of a comet is like. Is it hard or spongy? Is the covered in inches of dust or smooth as a polished granite surface?

Up-to-date news on the mission can be found at ESA’s Rosetta Twitter channel. 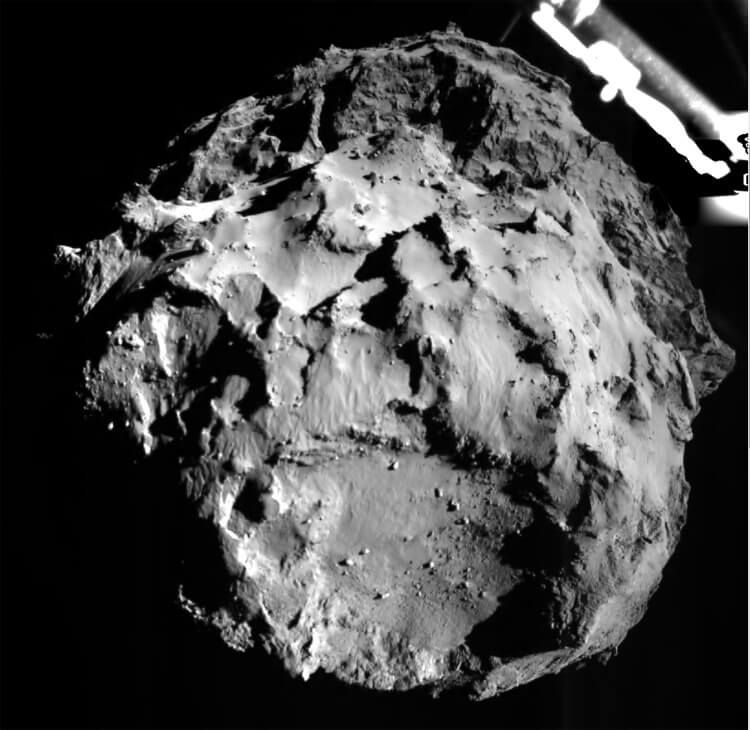 For a rock hurtling through space at 41,000 MPH (66,000 kph), these questions aim at understanding what an object encounters in a 4.5 million year journey as well as some of the deeper questions about the origins of Earth and the Universe.

To learn more about the mission and the probe, check out Ambition, a short film made by the ESA to chronicle spirit of the Rosetta mission: