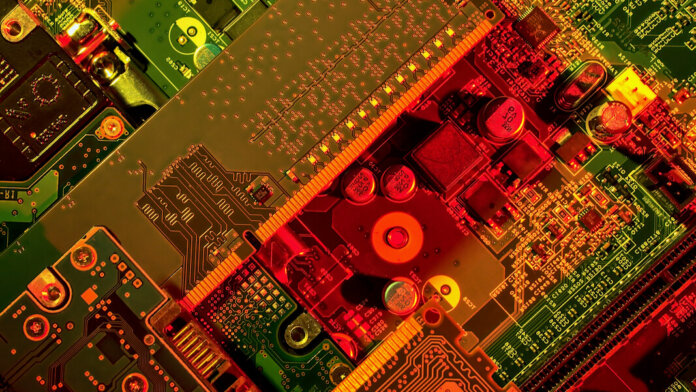 Will Transformers Take Over Artificial Intelligence?
Stephen Ornes | Quanta
“Just 10 years ago, disparate subfields of AI had little to say to each other. But the arrival of transformers suggests the possibility of a convergence. ‘I think the transformer is so popular because it implies the potential to become universal,’ said the computer scientist Atlas Wang of the University of Texas, Austin. ‘We have good reason to want to try transformers for the entire spectrum’ of AI tasks.”

DNA Gets Artificial Upgrade to Store Humanity’s Boundless Digital Data
Monisha Ravisetti | CNET
“Scientists [added] seven new letters to the existing nucleotide alphabet, opening the door for extreme levels of data storage capacity. …’Imagine the English alphabet,’ Tabatabei said. ‘If you only had four letters to use, you could only create so many words. If you had the full alphabet, you could produce limitless word combinations. That’s the same with DNA. Instead of converting zeroes and ones to A, G, C and T, we can convert zeroes and ones to A, G, C, T and the seven new letters in the storage alphabet.’i”

Of Course We’re Living in a Simulation
Jason Kehe | Wired
“Three thing need to happen, and probably in this order, for any crackpot idea to take hold of the culture: (1) its nonthreatening introduction to the masses, (2) its legitimization by experts, and (3) overwhelming evidence of its real-world effects. In the case of the so-called simulation hypothesis, you could hardly ask for a neater demonstration.”

Russia, Blocked From the Global Internet, Plunges Into Digital Isolation
Adam Satariano And Valerie Hopkins | The New York Times
“As Mr. Putin has waged war on Ukraine, a digital barricade went up between Russia and the world. Both Russian authorities and multinational internet companies built the wall with breathtaking speed. And the moves have ruptured an open internet that was once seen as helping to integrate Russia into the global community.”

Magic Leap 2 Hands-On: AR Glasses That Can Dim the Real World
Scott Stein | CNET
“As I circle around a very real table in front of me, readouts of mountain ranges and small flitting helicopters on a map pop up as virtual information cards. On the wall behind the table, there are more readouts of data, like giant monitors. My hand-held controller is used as a pointer to click these things. With another click, the room around me goes dark. I’ve dimmed the real world to see the augmented one with these Magic Leap 2 glasses.”

DeepMind’s New AI Model Helps Decipher, Date, and Locate Ancient Inscriptions
James Vincent | The Verge
“In a paper published in Nature that describes Ithaca, the scientists who created the model say it is 62 percent accurate when restoring letters in damaged texts. It can attribute an inscription’s geographic origins to one of 84 regions of the ancient world with 71 percent accuracy and can date a text to within, on average, 30 years of its known year of writing.”

How a New Digital Dollar Could Shake the US Financial System
Jon Brodkin | Wired
“President Joe Biden yesterday issued an executive order that could lead to the US creating a digital currency. ‘My Administration places the highest urgency on research and development efforts into the potential design and deployment options of a United States CBDC [Central Bank Digital Currency],’ the executive order said. …Biden ordered federal agencies to prepare a report within six months analyzing the implications.”

Patient in Groundbreaking Heart Transplant Dies
Roni Caryn Rabin | The New York Times
“It was unclear whether his body had rejected the foreign organ. …Hospital officials said they could not comment further on the cause of death, because his physicians had yet to conduct a thorough examination. They plan to publish the results in a peer-reviewed medical journal. Mr. Bennett’s transplant was initially deemed successful. It is still considered a significant step forward, because the pig’s heart was not immediately rejected and continued to function for well over a month, passing a critical milestone for transplant patients.”

2 Billion Genetically Modified Mosquitos Cleared for Release in California and Florida
Ed Cara | Gizmodo
“British biotech firm Oxitec announced this week that it has received approval from the US Environmental Protection Agency for its genetically modified mosquitoes to be released in parts of Florida and in California, following the completion of a pilot program last year. The modified male insects are designed to produce infertile offspring, ideally reducing local populations and rates of mosquito-borne illness.”