Cue up the theme to COPS, put on your muumuu, and get ready for another round of science behind bars. Four people were arrested in Hungary late last month on charges of “suspicion on the banned use of a human body.” In other words, they were arrested for the illegal use of embryonic stem cells in up to a hundred individual treatments. The story has made its way around through Reuters and several conservative news feeds. What’s the deal here? Are we seeing a new trend in criminalizing health care? Is this a wide range attack on stem cell treatments? Perhaps, but not in the most obvious way. 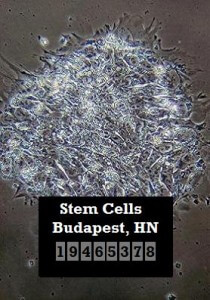 One of the alleged criminals is a U.S. national, Yuliy Baltaytis (also given as Juliy B.) and all four were arrested for their roles in a small clinic in Budapest that offered stem cell treatments. Stem cell treatments are illegal and unlicensed in Hungary. So on one level this is just an arrest for unlicensed medical treatments. The same could happen if a pediatrician tried to perform neurosurgery. Working without the correct license is generally a crime no matter which country you’re in.

Of course, on another level, these arrests are indicative of a larger problem with stem cell treatments: demand is running ahead of government ability to regulate. “Stem cell” clinics are popping up all over Central Europe, South America, and Asia. Some are unlicensed, many don’t use stem cells at all, and most would likely have an extremely difficult time proving that their treatments really work. After all, the majority of stem cell use, embryonic or otherwise, is still in the clinical trial phase.

Those suffering from incurable or debilitating diseases, however, aren’t listening to that message. The desperately ill are willing to take any chance, even a long shot to get healthy again. Even knowing that most “miracle cures” out there are fraudulent, they will do anything to get them. Which is why the clinic in Budapest existed. Oh, I’m willing to admit there’s a possibility these four individuals had a viable treatment, but more than likely they were charlatans peddling useless “treatments” to hopeful people for extravagant sums. Undoubtedly their arrests are just the tip of the iceberg.

The longer it takes for real and tested stem cell treatments to become available, the more knock-off stem cell clinics we’ll see around the globe. Keep in mind that there are emerging treatment facilities in each of the regions I mentioned before that will be able to provide real health benefits to patients. Unfortunately, they may be lost in a sea of fakes and forgers that spring up before they can be established. In the United States we generally lack human stem cell treatments of any kind. A wave of foreign arrests and quack clinics will only further degrade the credibility of this type of research in the eyes of many Americans.

So what’s a government to do? First, keep cracking down on unlicensed or dubious medical facilities. Just because stem cell research and treatments have been oppressed and blacklisted doesn’t mean we can expose the public to unsafe conditions. Second, and this is really aimed at the U.S, get real stem cell treatments to the public! As we’ve mentioned before, it’s ridiculous that dogs can get stem cell treatments while humans cannot. Research has been stymied, and major breakthroughs in stem cell research are happening in Brazil, and China. Fortunately, most stem cell research is no longer illegal in the U.S., but a lot of the unnecessary bureaucracy around developing stem cells treatments still exists. The researchers are ready and willing, we need to provide them with the funding and leeway they need.

The real story out of Hungary isn’t that four people got arrested, but that up to a hundred people were willing to pay high sums for what they hoped might be cutting edge stem cell treatments. It’s entirely possible that such demand will always outstrip the ability for doctors to provide it. However, these arrests should still serve as a call to action for medical researchers the world over. We need to bring stem cell technology to the public soon. As long as stem cell treatments must remain a crime, only criminals will provide them.