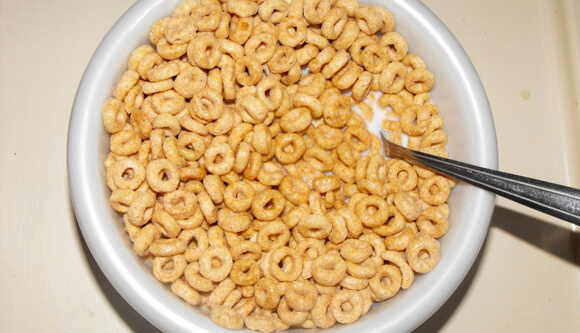 The controversy surrounding GMOs is, of course, closely related to many of the technologies we cover at Singularity Hub. Fear of genetically modified crops may only be the tip of the iceberg, as biotech moves into the more fraught territory of genetic engineering and therapies in animals and eventually humans.

Is the decision by General Mills a victory and turning point for the movement against GMO foods? Perhaps. But it would also appear that General Mills took action, in part, because it was an easy win.

Cheerios was already largely GMO-free. As General Mills notes, there are no genetically modified strains of oats, the prime ingredient in Cheerios. However, the firm uses some corn starch and sugar in the recipe. Both have now been switched to non-GMO sources and stored separately from other ingredients. 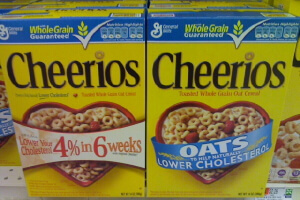 In an FAQ, General Mills makes their stance clear. They were willing to make the change because it was simple. But they won’t be making their other largely corn-based cereals GMO-free. And they believe GMOs are safe, in any case.

Genetically modified foods remain a controversial topic, and the battle is passionate and entrenched on both sides.

Opponents claim GMO crops give undue power to unscrupulous corporate giants like Monsanto and rob farmers of traditional freedoms. Crops engineered to withstand herbicides, they say, lead to increased use of herbicides, and GMOs can cause afflictions as wide ranging as cancer, autism, obesity, autoimmune conditions, allergies, bee colony collapse disorder, and superweeds.

Meanwhile, those in favor of GMOs say there is little scientific evidence behind most claims. Resistance to insects and herbicides can reduce crop yield variability from year to year. GMOs appear in some 70%-80% of foods consumed in the US—and they’ve been around for almost two decades now. (Of course, those in opposition note this prevalence is precisely what’s beyond the ill effects on health and the environment.)

So, who to believe? It can be challenging to separate opinion from fact and passion from objectivity. Two recent articles are instructive in the nuances of the debate.

Nathanael Johnson’s December article in Grist notes the controversy is far from simple. But there are a few widely held beliefs that aren’t exactly as they seem.

While herbicide use is rising, for example, the herbicide in question, glyphosate, is less toxic than past products. Insecticide use is down (for now) because some GMOs are resistant to insects. And though genetic engineering may produce unexpected changes in plants, it’s only slightly more likely to do so than other plant breeding techniques.

Meanwhile, a recent New York Times piece documented the efforts of a Hawaiian lawmaker trying to tease out the truth about GMOs. Bills requiring labeling of genetically modified food have been introduced in 20 states. On Hawaii’s Big Island, the law in question would not simply require labeling but would ban GMOs outright.

Councilman Greggor Ilagan was initially in favor of the ban, but after looking into the issue, he found it far from settled. The NYT describes the challenge Ilagan faced, “People who spoke as experts lacked credentials, and GMO critics discounted those with credentials as being pawns of biotechnology companies.”

The debate often neglects the benefits of genetic engineering. In Hawaii, for example genetically engineered Rainbow papayas survived a devastating viral outbreak and saved the livelihood of the small farmers cultivating them. Further, less variability in crop yields may prove crucial in developing countries. And in certain populations suffering nutritional deficiencies, crops can be engineered to produce key nutrients.

What may be more important, beyond the details of the GMO controversy itself, is the sentiment driving it. We are only now beginning to understand genetics on a deep level. The fear, it would seem, is that mucking about with partially understood complex systems may result in unintended and irreversible consequences.

The worry is valid. No matter how tightly controlled genetically engineered plants are, there is room for mistakes, unforeseen interactions, and sabotage.

But risk has always played a part in progress. And the benefits need to be weighed too. If an invention simultaneously carries risk and the potential to alleviate human suffering, shouldn’t it be investigated? The fear of unintended negative consequences argues more for caution and close study than complete cessation.