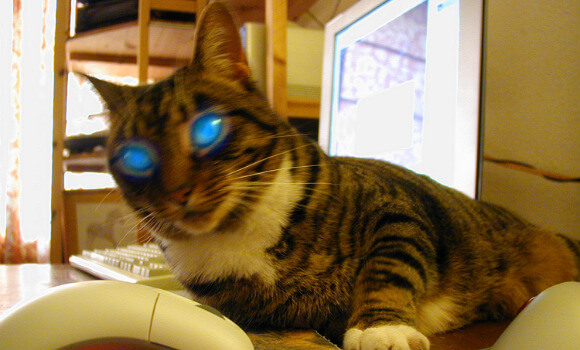 We can all use an animal companion from time to time—a comforting presence that’s relatively low maintenance, warm, and furry. Pets offers no-drama company that’s hard to find in humans. Still, they come with a few extra responsibilities. You’ve got to find them a petsitter when you’re away, walk and feed them every day, clean up after them.

The answer? Robotic pets. And not just pets. Robotic cats. I know. The cat-dog debate has been going on for eons. It won’t be resolved here. All I’m saying is cats are already independent and low maintenance—imagine if you made them into catbots.

We’re in a new era in which robots provide services once reserved for organic life forms. That increasingly includes companionship. Many companion bots look like—well, they look like robots. But not everyone wants the same kind of metal companion.

A 2008 study revealed that unlike extroverts who prefer human-like robot companions, introverts tend toward unobtrusive, mechanical-looking robots, basically “more like a box on wheels with a metal head.” Sounds kind of like a cat to me.

So, if we want a catbot — and let’s just assume everyone does — we’ll have to reverse engineer cat-kind. Besides sleeping away the day, something robots do well already when charging their batteries, what feline behaviors would a robot need to mimic? It has to walk and run like a cat, respond to touch, be aware of its environment, groom itself, and be playful.

Let’s see where we’re at with the technology.

Quadruped robots have been in the news a lot over the years, with the most jaw dropping coming out of Boston Dynamics. But others are hard at work on four-legged bots too. EPFL’s cheetah-cub robot is about the size of a house cat. Its agile, robust gait appears well suited for indoor and outdoor activities.

Video of Boston Dynamics’ cheetah robot, complete with a cat-like flexible spine, terrifyingly showed just how fast bots can be. In the lab, the cheetah-bot outpaced world record holding sprinter Usain Bolt. A catbot that can run? Check.

Okay, admittedly we’re getting into creepy territory with this video. But shouldn’t a catbot respond to touch? When we rub its back, it needs to react, either to rub up against us or purr. That means fur chock full of sensors and maybe a few actuators to boot. Hello smart fur.

Cat whiskers are incredibly sensitive for environmental awareness, so designing artificial whisker requires something special. Berkeley scientists earlier this year produced tactile whisker sensors or e-whiskers made from carbon nanotubes and silver nanoparticles that can detect pressures of a single Pascal.

Nothing entertains both felines and humans like a cat laser toy. Fortunately, Japanese robot enthusiast ‘frostydesign’ has been posting about the development of a bipedal robot on his blog and YouTube. A recent video showcases the robot chasing after the red dot from a laser pointer for hours of cruelty-free entertainment.

A robot cat would need to keep itself fastidiously clean—and behold, a recent patent by Sony describes a self-cleaning robot. Sure this is a humanoid bot, but should Sony pursue the patent, there’s no reason the tech couldn’t make its way into catbots too. 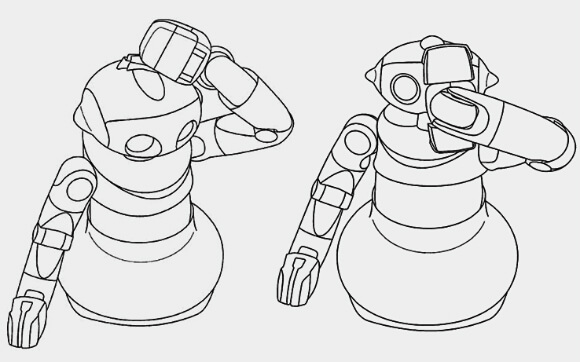 So, there you have it—a path forward to robotic cats. Considering these efforts, and presumably more beyond the media spotlight, we can all rest assured that catbots are on the horizon.