The 4 Steps That Transform Physics Theories Into Groundbreaking New Technologies

Ever wondered how the technology we use every day came into existence? Sure, an engineer designed it, a manufacturer produced it, and some savvy marketing helped sell you the product, but where did the ideas come from? Many famous inventions and household name technologies originated from research done by physicists, either as byproducts or direct application of their ideas. How does it all happen?

“So as a physicist, what do you actually do?”

Many people outside of academic physics departments often have this question, due to a lack of communication between general public and researchers.

What they don’t realize is that physicists have made many contributions to their everyday lives. Take for example radio astronomer John O’Sullivan from the Commonwealth Scientific and Industrial Research Organisation (CSIRO) in Australia. When an experiment he was part of failed to detect exploding mini black holes, it led him to discover a way to send short radio waves efficiently.

O’Sullivan’s finding revolutionized the internet and how we get online by cleaning up the signal that bounces off indoor surfaces. Now, thanks to his study, the world accesses the internet wirelessly (WiFi).

Then there are the International Space Station (ISS) researchers who have improved several medical methods/treatments through the application of space ship procedures. These include faster and more accurate screening methods for breast cancer detection, a laser that precisely cleans clogged arteries without the need for surgery, and a water purification system for developing nations.

Although these physicists may not have an “end game” in mind, their research still provides invaluable resources to the rest of the world. Here’s how the magic happens.

Theoretical physicists work tirelessly on extremely rigorous concepts and mathematics to make sense of the universe as we know it.

Theorists propose theories and ideas to explain natural phenomena, as well as predict new ones. They rely heavily on mathematical rigor and previous experimental results to move forward with their ideas. Examples of some areas that theorists work on include detailing how particles interact, modeling phenomena out in space and on Earth, increasing the sensitivity of detectors and equipment, and ideas surrounding quantum mechanics.

Experimental physicists are more hands-on, taking the concepts from theorists and verifying them using new experiments and observations.

Unlike theorists, experimentalists require observations and physical results to consider their work accurate. Some areas experimentalists work on include verifying particles via data from particle colliders such as the Large Hadron Collider (LHC) at CERN, observing interstellar phenomena through telescopes, the use of lasers in a range of fields, and building supercomputers.

Although experimentalists often use concepts from theorists, it is not necessary for all concepts to come from a theory first.

After the theorists have proposed these theories and the experimentalists have tested them rigorously, they are adopted by other fields to enhance equipment, knowledge of natural phenomena, and general understanding of their field.

For example, a mechanical engineer can employ ideas from theorists and experimentalists regarding fluid flow to predict how traffic jams occur and how to minimize them. A materials scientist could employ the results from a physicist to create an inexpensive semiconductor that reduces the cost of solar cells. A biologist can use the imaging methods developed by physicists to destroy tumors without seriously affecting normal tissue.

Every field of science benefits from the advancements made in physics.

Although it isn’t apparent, everyone employs physics concepts daily. Need GPS to get you to that extremely important job interview? Thanks to general relativity, the accuracy of GPS was significantly improved. 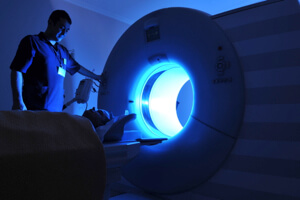 Enjoy your new touchscreen phone? Researchers are always looking for less costly (and more effective) substitutes to act as semiconductors within technology.

Need an x-ray, MRI or CAT scan? All of these are made possible by the work of physicists. Learning to drive? Knowing how moving objects react to acceleration and deceleration (known as Newton’s laws of motion) will help you avoid accidents.

Physics has a vast array of indirect and sometimes direct applications that we all take for granted.

How the ideas of today can become the technologies of tomorrow

With all of this in mind, there is no particular path guaranteed to end in an invention. Engineers also develop methods themselves to produce great products. But it is with the help of physicists that these products can be created and improved upon for human use. The answer to the question “so, what does a physicist do?” is as varied as the discoveries and applications of their work.

Science communicators and scientists alike need to step up and communicate the multi-step process that begins with the often overlooked theoretical stage.

Currently, funding for theoretical physics is at an all time low in part due to the widespread misconceptions about the process and the role each type of physicist plays. Funding the base of the ”invention pyramid” will power engineers but leave us with a plateau, whereas funneling funds into the top of the pyramid will enable greater innovation as researchers are able to explore all new ideas.

With renewed support of theoretical physics, the ideas of today will become the technology of tomorrow. 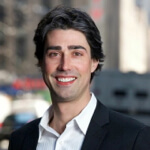 Dr. Mark G. Jackson is founder and president of Fiat Physica. A native of Portland, Oregon, he received his PhD in superstring cosmology from Columbia University in 2004. He then performed postdoctoral research at the Fermilab, the Lorentz Institute for Theoretical Physics, the Paris Center for Cosmological Physics, the Institut du Astrophysique de Paris, and the African Institute for Mathematical Sciences.

Images courtesy of Shutterstock.com and CERN