How AI Will Redefine Love

Artificial intelligence is beginning to disrupt entire industries from finance to medicine. Yet the most revolutionary application has yet to arrive—and it’s an existential one.

These questions are artfully explored in the plot of the 2013 sci-fi film, Her, which tells the story of a man who falls deeply in love with an intelligent operating system. This OS, Samantha, is designed to evolve and adapt her personality to appeal to Theodore. She has a very human voice and provides constant empathetic support. As Samantha’s psychological and intellectual capacities grow, so does Theodore and Samantha’s love for each other.

Samantha’s rapid intellectual growth may sound out-of-reach but echoes the advancements we are seeing in deep learning today. Deep learning is a powerful new trend in machine learning which aims to mimic the neuronal activity in the neocortex of the human brain.

Advancements in deep learning have allowed computers to rival humans in many areas where they’ve traditionally struggled such as pattern recognition, natural language processing and computer vision. The beauty of deep learning is that these artificial neural networks train themselves in such tasks, allowing them to improve their skills without human intervention. Many projects are also attempting to move AI beyond automated visual and language tasks. One secretive AI firm, Vicarious, is striving to teach computers imagination, and Google is programming them to be creative.

Her raises many questions about the nature of consciousness—which is central to the issue of loving and being loved. It makes little sense to be in love with any inanimate object that lacks the capacity to self-reflect and reciprocate those feelings. Yet, Samantha is portrayed to appear conscious in every other way that humans appear to be conscious. 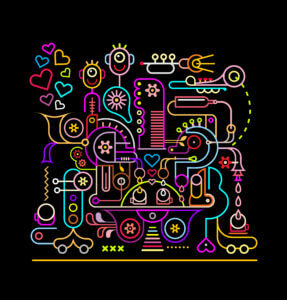 There’s an even more problematic question at play here: how will we know if an AI has the true inner experience of consciousness or if it has simply been programmed to create the illusion of consciousness? But again, how can we know if any other human being is truly experiencing consciousness just as we are? Known as the hard problem of consciousness, this remains one of the biggest mysteries in neuroscience as scientists attempt to explain how we have phenomenal subjective experiences — also known as “qualia.”

The same social attribution can be applied to AI. The line between the consciousness experienced by intelligent machines and human beings will be blurrier than we would like to admit.

Warren Brown, a psychologist at Fuller Theological Seminary and a member of UCLA’s Brain Research Institute, says that “biology is the richest substrate for embodying consciousness. But consciousness might be embodied in something non-biological.”

To say that a non-biological being isn’t capable of loving is to devalue it. Why should the source of one’s consciousness determine its validity? Why should a non-biological individual be any less worthy of being loved? Why does the functional origin of the emotions of love matter if the experience feels the same? 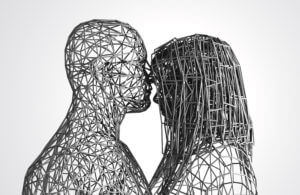 Eminent sci-fi author Arthur C. Clark writes in Odyssey Two: “Whether we are based on carbon or on silicon makes no fundamental difference; we should each be treated with appropriate respect.” We can imagine a time when individuals start fighting for the right to legally and socially declare their love for AI. Consider how society has evolved to be more accepting of different forms of relationships over time.

Our technology, powered by Moore’s law, is growing at a staggering rate—intelligent devices are becoming more and more integrated to our lives. Futurist Ray Kurzweil predicts that we will have AI at a human level by 2029, and it will be a billion times more capable than humans by the 2040s. Many predict that one day we will merge with powerful machines, and we ourselves may become artificially intelligent.

Why love at all? The capacity to feel passionate and powerful forms of love could be amongst the many evolutionary advantages that have allowed humans to progress so far as a species. It stimulates the drive to procreate, stay alive and keep one’s loved ones alive. Programming AI to have the capacity to feel love can allow us to create more compassionate AI and may be the very key to avoiding the AI apocalypse many fear.

We design machines to fulfill many of our needs, such as to communicate and to solve problems. Soon we might use technology and applied reason to further enhance the human condition— including our intellectual and physical abilities.

But what about our emotional needs?

Technology may allow us to attain the love we all yearn for. If we can develop non-biological beings that truly understand who we are, who we are attracted to and how we love — it is only inevitable that some of us will fall in love with them. Instead of searching for soulmates, we could create them. Instead of consistently ending up in messy relationships, we could design algorithms that give us all the companionship we search for.

AI may ultimately be able to soothe the human condition and relieve us of the existential angst of loneliness by granting access to something we all crave — the powerful desire to love and be loved.