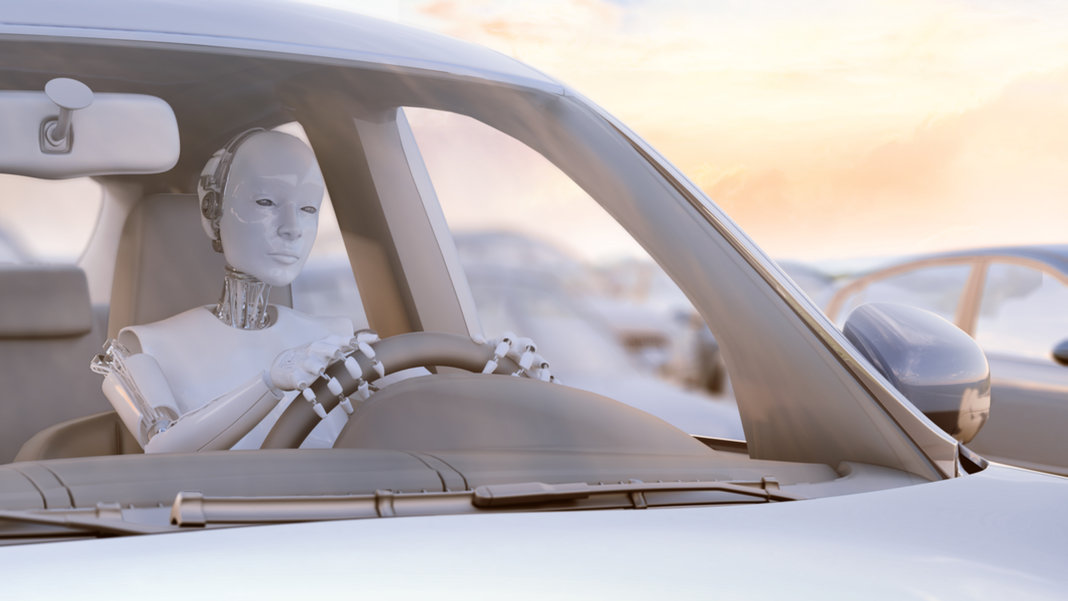 The rise of artificially intelligent machines will come at a cost—but with the potential to disrupt and transform society on a scale not seen since the Industrial Revolution. Jobs will be lost, but new fields of innovation will open up.

The changes ahead will require us to rethink attitudes and philosophies, not to mention laws and regulations. Some people are already debating the implications of an automated world, giving rise to think tanks and conferences on AI, such as the annual We Robot forum, which takes a scholarly approach to policy issues.

A registered patent attorney and board-certified physician, Ryan Abbott writes about the impact of artificial intelligence on intellectual property, health and tort law. We talked to him last year about the thorny issues surrounding patent ownership when the mother of invention is a machine. Now Abbott has waded into the equally prickly space of tort law and who—or what—is responsible when machines cause accidents.

A professor of law and health sciences at the University of Surrey’s School of Law and adjunct assistant professor of medicine at the David Geffen School of Medicine at UCLA, Abbott is not the first to tackle the legal implications of computer-caused accidents.

In 2014, for example, a major report on RoboLaw from the European Union suggested creating a type of insurance fund to compensate those injured by AI computers. A previous article in the Boston Globe that surveyed experts across fields ranging from philosophy to robotics seemed to find consensus on one thing: the legal status of smart robots will require a “balancing act.”

Abbott appears to be the first to suggest in a soon-to-be-published paper that tort law treat AI machines like people when it comes to liability issues. And, perhaps more radically, he suggests people be judged against the competency of a computer when AI proves to be consistently safer than a human being.

Currently, the law treats machines as if they were all created equal, as simple consumer products. In most cases, when an accident occurs, standards of strict product liability law apply. In other words, unless a consumer uses a product in an outrageous way or grossly ignores safety warnings, the manufacturer is automatically considered at fault.

“Most injuries people cause are evaluated under a negligence standard, which requires unreasonable conduct to establish liability,” Abbott notes in his paper, tentatively titled, “Allocating Liability for Computer-Generated Torts.”

“However, when computers cause the same injuries, a strict liability standard applies. This distinction has significant financial consequences and corresponding impact on the rate of technology adoption. It discourages automation, because machines entail greater liability than people.”

Turning thinking machines into people—at least in a court of law—doesn’t absolve companies of responsibility, but allows them to accept more risk while still making machines that are safe to use, according to Abbott.

“I think my proposal is a creative way to tinker with the way the law works to incentivize automation without forcing it,” he says.

“Self-driving cars are here among us and going to be all over the place very soon,” notes Abbott, adding that shifting the tort burden from strict liability to negligence would quicken the adoption of driverless technology, improve safety and ultimately save lives.

In 2015, for instance, more than 35,000 people in the United States died in traffic accidents, most caused by human error, according to the Insurance Institute for Highway Safety Highway Loss Data Institute. Cornell professor of computer science and director of the university’s Intelligent Information Systems Institute Bart Selman recently told journalist Michael Belfiore that driverless cars would be tenfold safer than humans within three years and 100 times safer within a decade. The savings in human lives and damages are evident.

The US National Highway Traffic Safety Administration just put an exclamation mark on the point when it released its full findings on the Tesla fatality in Florida. The agency cleared the Autopilot system of any fault in the accident and even praised its safety design, according to a story in TechCrunch. The report noted that crash rates involving Tesla cars have dropped by nearly 40 percent since Autopilot came online.

Safety is also the big reason why Abbott argues that in the not-too-distant future, human error in tort law will be measured against the unerring competency of machines.

“This means that defendants would no longer have their liability based on what a hypothetical, reasonable person would have done in their situation, but what a computer would have done,” Abbott writes. “While this will mean that the average person’s best efforts will no longer be sufficient to avoid liability, the rule would benefit the general welfare.”

The human anxiety level over the coming machine revolution is already high, so wouldn’t this just add to our exponential anxiety? Abbott argues his proposals aren’t about diminishing human abilities, but recognizing the reality that machines will be safer to do some jobs more than humans.

And not just behind the wheel of a car. IBM’s Watson, among other AI systems, is already working in the medical field, including oncology. Meanwhile, a 2016 study in the British Medical Journal reported that human error is the third-leading cause of death in the United States.

If Watson MD has a higher safety record than Dr. Smith, who would you choose for treatment?

“Ultimately, we’re all consumers and potential accident victims, and I think that is something people could support,” Abbott says. “I think when people see the positive impact of it, it will change attitudes.”