Why the Best Healthcare Hacks Are the Most Low-Tech 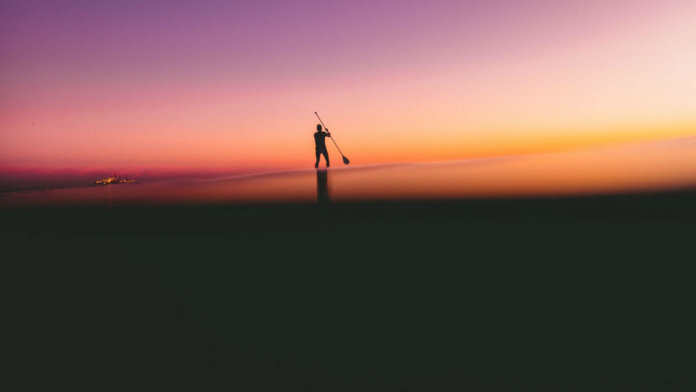 Technology has the potential to solve some of our most intractable healthcare problems. In fact, it’s already doing so, with inventions getting us closer to a medical Tricorder, and progress toward 3D printed organs, and AIs that can do point-of-care diagnosis.

No doubt these applications of cutting-edge tech will continue to push the needle on progress in medicine, diagnosis, and treatment. But what if some of the healthcare hacks we need most aren’t high-tech at all?

According to Dr. Darshak Sanghavi, this is exactly the case. In a talk at Singularity University’s Exponential Medicine last week, Sanghavi told the audience, “We often think in extremely complex ways, but I think a lot of the improvements in health at scale can be done in an analog way.”

Sanghavi is the chief medical officer and senior vice president of translation at OptumLabs, and was previously director of preventive and population health at the Center for Medicare and Medicaid Innovation, where he oversaw the development of large pilot programs aimed at improving healthcare costs and quality.

“How can we improve health at scale, not for only a small number of people, but for entire populations?” Sanghavi asked. With programs that benefit a small group of people, he explained, what tends to happen is that the average health of a population improves, but the disparities across the group worsen.

“My mantra became, ‘The denominator is everybody,’” he said. He shared details of some low-tech but crucial fixes he believes could vastly benefit the US healthcare system.

Healthcare regulations are ultimately what drive many aspects of patient care, for better or worse. Worse because the mind-boggling complexity of regulations (exhibit A: the Affordable Care Act is reportedly about 20,000 pages long) can make it hard for people to get the care they need at a cost they can afford, but better because, as Sanghavi explained, tweaking these regulations in the right way can result in across-the-board improvements in a given population’s health.

An adjustment to Medicare hospitalization rules makes for a relevant example. The code was updated to state that if people who left the hospital were re-admitted within 30 days, that hospital had to pay a penalty. The result was hospitals taking more care to ensure patients were released not only in good health, but also with a solid understanding of what they had to do to take care of themselves going forward. “Here, arguably the writing of a few lines of regulatory code resulted in a remarkable decrease in 30-day re-admissions, and the savings of several billion dollars,” Sanghavi said.

It’s easy to focus on healthcare hacks that have immediate, visible results—but what about fixes whose benefits take years to manifest? How can we motivate hospitals, regulators, and doctors to take action when they know they won’t see changes anytime soon?

“I call this the reality TV problem,” Sanghavi said. “Reality shows don’t really care about who’s the most talented recording artist—they care about getting the most viewers. That is exactly how we think about health care.”

Sanghavi’s team wanted to address this problem for heart attacks. They found they could reliably determine someone’s 10-year risk of having a heart attack based on a simple risk profile. Rather than monitoring patients’ cholesterol, blood pressure, weight, and other individual factors, the team took the average 10-year risk across entire provider panels, then made providers responsible for controlling those populations.

“Every percentage point you lower that risk, by hook or by crook, you get some people to stop smoking, you get some people on cholesterol medication. It’s patient-centered decision-making, and the provider then makes money. This is the world’s first predictive analytic model, at scale, that’s actually being paid for at scale,” he said.

If hospitals are held accountable for the health of the communities they’re based in, those hospitals need to have the right incentives to follow through. “Hospitals have to spend money on community benefit, but linking that benefit to a meaningful population health metric can catalyze significant improvements,” Sanghavi said.

He used smoking cessation as an example. His team designed a program where hospitals were given a score (determined by the Centers for Disease Control and Prevention) based on the smoking rate in the counties where they’re located, then given monetary incentives to improve their score. Improving their score, in turn, resulted in better health for their communities, which meant fewer patients to treat for smoking-related health problems.

Social determinants of health include factors like housing, income, family, and food security. The answer to getting people to pay attention to these factors at scale, and creating aligned incentives, Sanghavi said, is “Very simple. We just have to measure it to start with, and measure it universally.”

His team was behind a $157 million pilot program called Accountable Health Communities that went live this year. The program requires all Medicare and Medicaid beneficiaries get screened for various social determinants of health. With all that data being collected, analysts can pinpoint local trends, then target funds to address the underlying problem, whether it’s job training, drug use, or nutritional education. “You’re then free to invest the dollars where they’re needed…this is how we can improve health at scale, with very simple changes in the incentive structures that are created,” he said.

Sanghavi’s final point tied back to his discussion of aligning incentives. As misguided as it may seem, the reality is that financial incentives can make a huge difference in healthcare outcomes, from both a patient and a provider perspective.

Sanghavi’s team did an experiment in which they created outcome benchmarks for three major health problems that exist across geographically diverse areas: smoking, adolescent pregnancy, and binge drinking. The team proposed measuring the baseline of these issues then creating what they called a social impact bond. If communities were able to lower their frequency of these conditions by a given percent within a stated period of time, they’d get paid for it.

“What that did was essentially say, ‘you have a buyer for this outcome if you can achieve it,’” Sanghavi said. “And you can try to get there in any way you like.” The program is currently in CMS clearance.

AI and Robots Not Required

Using robots to perform surgery and artificial intelligence to diagnose disease will undoubtedly benefit doctors and patients around the US and the world. But Sanghavi’s talk made it clear that our healthcare system needs much more than this, and that improving population health on a large scale is really a low-tech project—one involving more regulatory and financial innovation than technological innovation.